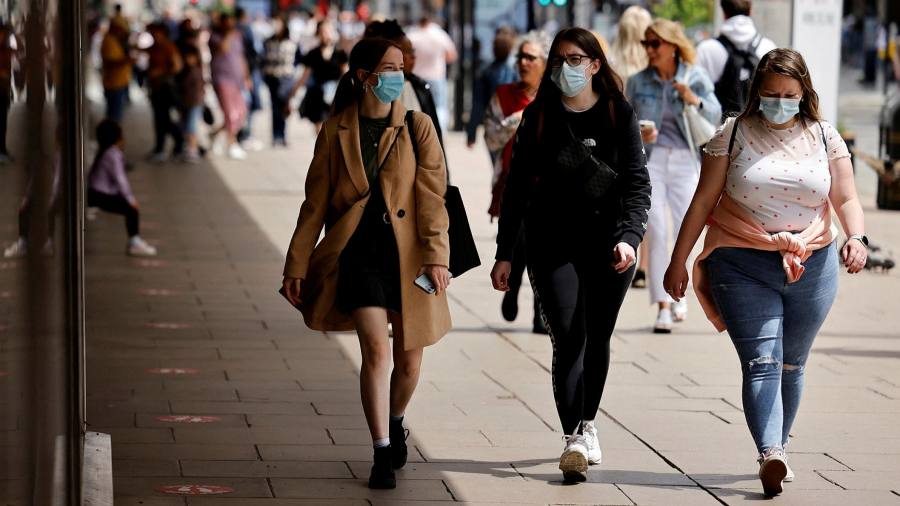 Community Secretary Robert Jenrick announced that as England ends the third Covid-19 lockdown, people will no longer be forced to wear masks from July 19th.

Janrik said on Sunday that in the two weeks following the so-called Freedom Day, “the state will not tell you what to do”, which reflects the success of the government’s vaccination program.

“I think we will now enter a period without legal restrictions,” he told Sky News. “The state will not tell you what to do, but you will want to exercise a certain degree of personal responsibility and judgment-for example, different people will come to different conclusions about things like masks.”

A few days before Janrick made the above remarks, the British Medical Association, a trade agency of doctors, called on people to continue to wear masks to stop the surge in the number of cases that had “destructive effects” on the NHS and the economy.

But when asked if he would stop wearing a mask, Jenric said: “I will. I don’t particularly want to wear a mask. I don’t think many people like it.”

Scientists are concerned about the final lifting of restrictions on July 19, as data shows that the number of cases has increased by 74% every week, by which time millions of people will not be fully vaccinated.

According to a briefing from Downing Street, self-isolation rules may also change.

According to the plan under consideration in No. 10, people who have received two doses of the vaccine do not need to self-quarantine or be tested for coronavirus if they are told to come into contact with a person carrying the virus.

Officials said the rules could also be changed so that when others in the “school bubble” test positive, children are not forced to self-quarantine at home. Instead, the school will insist on regular testing of students based on the proposal being discussed.

Officials said they did not acknowledge reports that bars, restaurants, barber shops, stadiums and museums would cancel the mandatory use of tracking measures.

In the past month, the government eased most of the restrictions through a phased “road map” to lift the blockade, but the final reopening time was postponed from June 21 to July 19.

Health Minister Sajid Javid wrote that after three long lockdowns, “opening up” has both economic and health reasons.

“The pandemic has dealt a disproportionate blow to certain groups. The rules we have to implement have led to an alarming rise in domestic violence and have a terrible impact on the mental health of so many people,” he wrote in the Sunday Post “Wrote.

Jenric told Sky News that given that 86% of people have now been vaccinated at least once, the government hopes that people will “return to normal as soon as possible” and “learn to coexist with the virus.”