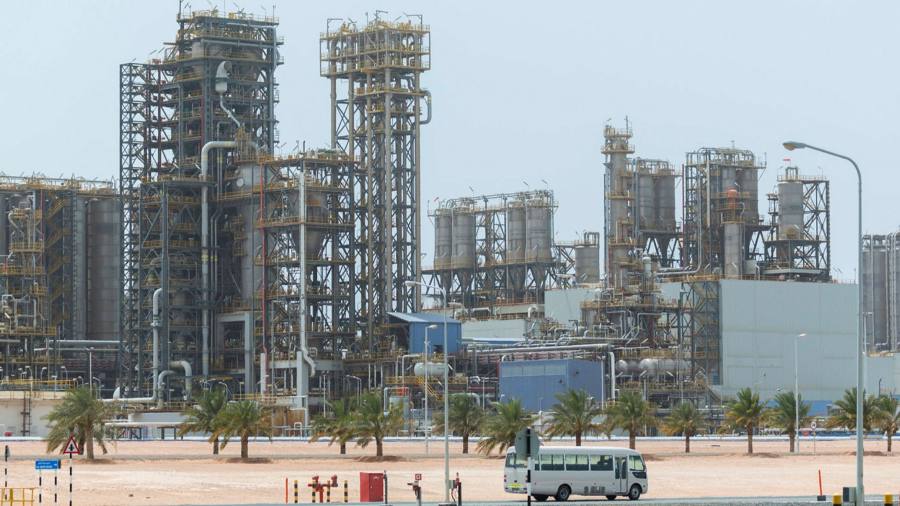 A few years ago, the United Arab Emirates and Saudi Arabia even secretly formulated a political alliance plan.

Although the alliance did not materialize, the authoritarian states in the Gulf fought the insurgents in Yemen and united to boycott Qatar because Qatar allegedly supported Islamism.

However, in the past few days, as the interests of Riyadh and Abu Dhabi again diverged over issues such as oil production, Yemen, normalization with Israel, and ways to respond to the pandemic, this crack in solidarity became apparent .

After Saudi Arabia and Russia asked producers to increase production in the coming months, a video conference between OPEC member states and allies (OPEC+) ended in a deadlock on Friday. The request aims to ease rising oil prices and extend existing supply agreements to ensure stability as the world begins to recover fragilely from the coronavirus pandemic.

But the UAE refused, dismissing its own output quotas that it considered unfair. The OPEC member states will meet again on Monday.

Karen Young, a senior researcher at the Middle East Institute, said: “The fierce competition within the Gulf countries involves many economic policy issues.” “Saudi Arabia has clearly increased the pressure, while the UAE is working hard to ensure its profit targets in this tight market. These energy giants are preparing for export revenue in the next ten years to maintain their political economy.”

The UAE has suffered the most. We cannot reach a new agreement under the same conditions-we have the sovereign right to negotiate.

Other OPEC+ countries also plan to increase their monthly output by 400,000 barrels per day from August to December, and extend the agreement beyond the scheduled end date in April 2022.

The relationship between Saudi Arabia and the UAE has deteriorated, coupled with the UAE’s determination to expand production capacity to support its oil diversification plan. The power struggle among OPEC members now threatens the cartel’s ability to unify and stabilize oil prices for a long time.

In a rare public intervention on Sunday, the UAE’s Ministry of Energy expressed support for increasing production, but required the country’s benchmark output-the calculation of its supply cut-to take into account its higher output capacity and conduct a review to ensure that “for everyone Fair “party”.

Abu Dhabi’s tough stance against OPEC emerged in the context of a broader shift in interests between the two Gulf superpowers.

Marwan Alblooshi, a UAE doctoral student at the University of Edinburgh, said that although the UAE and Saudi Arabia have established a “strategic alliance reserve” in the past decade, “the economic competition between the Gulf countries is intensifying.”

The UAE withdrew most of its troops from Yemen in 2019, leaving Saudi Arabia alone to fight Iran-backed Houthi rebels. The southern separatist forces allied with the UAE subsequently clashed with the Yemeni government forces backed by Saudi Arabia.

Although the UAE has accepted the Saudi-led efforts to end the trade and travel embargo against Qatar, Abu Dhabi is shocked by the speed of its reconciliation with Doha. Similarly, the UAE’s embrace of Israel after the normalization of relations last year has also attracted the attention of Saudi Arabia.

The different handling of the pandemic also frustrated the two states. On Sunday, Riyadh decided to ban travel to and from the UAE, where the Delta variant accounted for one-third of all new cases. Saudi Arabia has not yet approved the UAE to rely heavily on vaccines produced in China for mass vaccination.

Saudi Arabia threatened that if multinational companies do not move their headquarters to Riyadh, they will cut off lucrative government contracts. This is seen as a covert attack on Dubai, which is the commercial center of the UAE, and Dubai is the base for most people.

Saudi Arabia played down the remarks about the tensions, pointing out that the OPEC dispute is “business” and the coronavirus restrictions are about “security”, not politics.

“Over the past 40 years, the UAE has followed Saudi Arabia’s leading position in OPEC,” said Abdul Kalk Abdullah, a professor of political science in Dubai. “But recently, the UAE has become more firm in its fair quotas and is now demonstrating its strength in this regard.”

The UAE requires that the benchmark production reference be reviewed at a future meeting. The request was denied.

The UAE’s Ministry of Energy stated: “Unfortunately, the (OPEC) Joint Ministerial Monitoring Committee only proposed an option, which is to increase production under the conditions of the extension of the current agreement, which will extend the UAE’s unfair reference production benchmark to 2022. Month.” In a statement.

Amrita Sen of Energy Aspects, a consulting firm, said: “The foreign, economic, and security policies between Riyadh and Abu Dhabi, as well as the oil policy itself, are becoming more and more divergent. This will enable OPEC to discuss and maintain the OPEC+ agreement in the future. complication”.

Insiders said that the highest level of the Abu Dhabi National Oil Company had a heated debate on whether to withdraw from the oil cartel. Leaving will enable the UAE to fund plans to diversify the economy—from refineries and petrochemical production to the newly established commodity exchange and its own crude oil benchmarks, which require access to quantities to make it successful.

Energy analysts said that the UAE’s withdrawal from the cartel could trigger a melee that would undermine the purpose of OPEC+.

“The UAE has made the greatest sacrifice,” UAE Energy Minister Suhail Al Mazrouei told CNBC on Sunday. “We cannot reach a new agreement under the same conditions-we have the sovereign right to negotiate.”