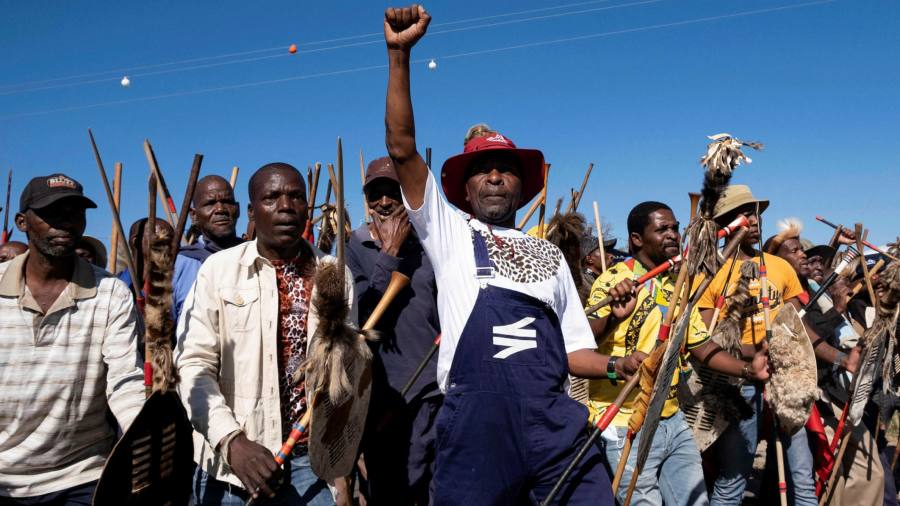 Jacob Zuma initiated legal proceedings at the last minute to avoid imprisonment for contempt of the country’s Supreme Court, because the former president of South Africa summoned supporters to resist any arrest of him.

The South African Constitutional Court has ordered Zuma to surrender before Sunday and begin 15 months in prison for ignoring an order to participate in an investigation into system corruption during his nine-year presidency.

But on Saturday the court agreed to hear Zuma set aside the ruling on the grounds that the 79-year-old is too weak to survive in prison, although the public often brags that he is not afraid of imprisonment for what he calls political persecution. “The lawless judge.”

Zuma said in the legal document: “This is my own unstable health. The imprisonment order threatens my physical life.”

Zuma had previously refused to contact the Constitutional Court regarding his withdrawal from the investigation. Dozens of witnesses accused him of corruption, including allegedly helping the Gupta family plunder national resources. Zuma and Gupta have denied wrongdoing.

Zuma’s lawyers also asked the lower court to suspend sentencing, and the hearing is scheduled for Tuesday—which suggests that he won’t be arrested until Wednesday at the earliest. At the same time, the Constitutional Court will hear his case on July 12.

Lawyers say that neither of these two bids are likely to succeed, but if President Cyril Ramaphosa’s government allows Zuma to resist arrest, then this legal drama will expand the confrontation and the rule of law in South Africa will be being threatened.

Under the worsening third wave of the epidemic in South Africa, these demonstrations ignored the official ban on holding rallies to control the coronavirus infection.

Zuma called on supporters to defend him on Saturday and said he did nothing wrong. Zuma brandished a traditional shield and added that under his rule, investigations should not spy on “state secrets.”

The support of the former president disturbed the ANC, which postponed a meeting of senior officials this weekend in order to send them to the scene to “provide clear and principled leadership to ensure the maintenance of the rule of law” and avoid violence.

But this rebound also exposed the limitations of Zuma’s declining power base. Due to assembly restrictions, the Zulu King Misuru Kazvelitini banned members of the traditional Zulu fighters from going to the former president.