Turkey tries to consolidate its role in Afghanistan 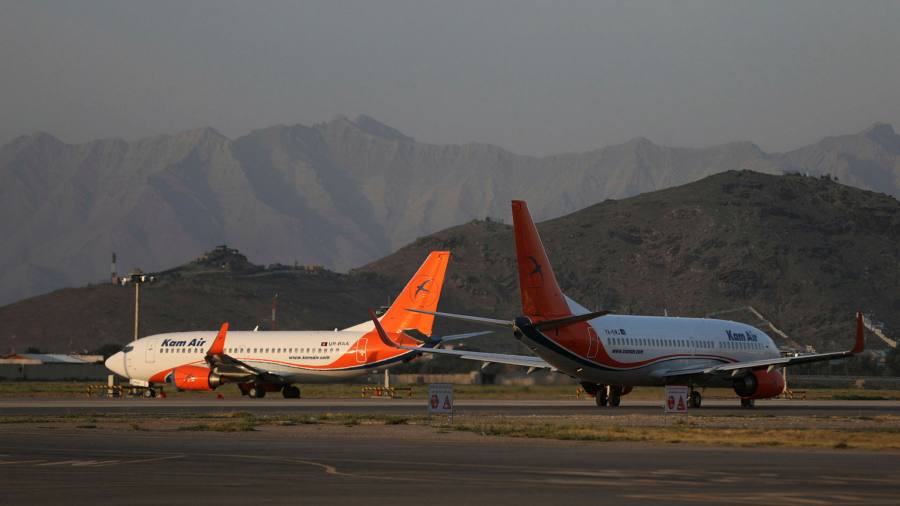 Turkey is finalizing an agreement with the United States to take over security operations at the Kabul civilian airport. After a series of disputes have cooled the relationship between the two countries, this provides a rare opportunity for NATO partners to cooperate.

The United States left its main military base in Afghanistan this week as part of an accelerated withdrawal, leading to the re-emergence of the Taliban and fears that the country may fall into chaos.

President Recep Tayyip Erdogan told Joe Biden at the NATO summit last month that if the President of the United States provides him with the “diplomatic, logistical and financial support” needed for the mission, Turkey can be at the airport. Perform security. Erdogan also acknowledged “the reality of the Taliban”, saying that Ankara will continue to negotiate with militants.

The Turkish Ministry of Defense stated that Turkish Defense Minister Hulusi Akar and U.S. Defense Secretary Lloyd Austin had a “constructive and positive” telephone conversation on the “safe operation of Hamid Karzai International Airport” on Wednesday, and Added that they will talk again on Thursday.

According to the national broadcaster TRT, Akar said this week that Turkey is determined to “contribute to the security, peace and well-being of the Afghan people”.

However, more depends on the agreement reached between Turkey and the Taliban. The Taliban is steadily advancing to the capital and has made it clear that it will not tolerate any foreign forces on the territory of Afghanistan after the United States leaves, said former Turkish Foreign Minister Hikmet Cetin. Served as NATO’s senior civilian representative in Afghanistan.

“Afghanistan is now in a de facto civil war. Turkey needs a ceasefire and an agreement with the Taliban, and the Taliban are now telling it:’You come with NATO and you will leave with NATO’,” he said. “It is a mistake for Turkey to assume this role without the approval of the Taliban. It is too risky.”

If embassies and humanitarian aid organizations are to stay in Afghanistan, it is vital to keep Hamid Karzai International Airport open as a security gateway. “We know that Kabul Airport must remain open and operational. If this is not the case, the embassy will withdraw, turning Afghanistan into an isolated country,” Akar said.

Turkey, NATO’s second largest army, has launched military operations at the airport. Akar ruled out the 500-strong battalion, and Erdogan said he hoped to recruit Hungary and Pakistan for the mission. Pakistan has refused to allow the United States to launch air strikes on its territory. A senior Pakistani government official who asked not to be named told the British “Financial Times” that Pakistan wants Turkey to seek “logistical support and channels” and “Afghan intelligence sharing” through the country.

Rahimullah Yusufzai, a long-time Afghan observer stationed in the border town of Peshawar on the Afghan border, said that Pakistan’s intervention will increase tensions with the current Afghan government, which sees Islamabad as the main supporter of the Taliban. “The best thing Pakistan can do is to support Turkey informally. Other than that, I don’t think it is in Pakistan’s interest,” he said.

Since the beginning of the war in 2001, Turkey has supported the United States in a non-combatant role and has religious and other ties with Afghanistan. Independent security analyst Hasan Selim Ozertem (Hasan Selim Ozertem) said that Erdogan also believes that after years of foreign policy differences, the initiative is an opportunity to “realign relations” with the United States.

“Turkey believes that this step can show that it is still an indispensable NATO partner and remind people that it can cooperate with the United States and that it is one of the few countries that can take on this responsibility,” he said.

Since Biden was elected, Erdogan has pledged to repair relations with the United States, which imposed sanctions on Ankara’s purchase of advanced Russian missile systems designed to shoot down NATO jets.Afghanistan’s agreement “let them [the disputes] It is in a deep freeze and provides a positive agenda for both sides to watch,” Ozertem said. US government officials declined to comment on the progress of their agreement with Turkey.