Cuba blocks the internet to try to quell protests 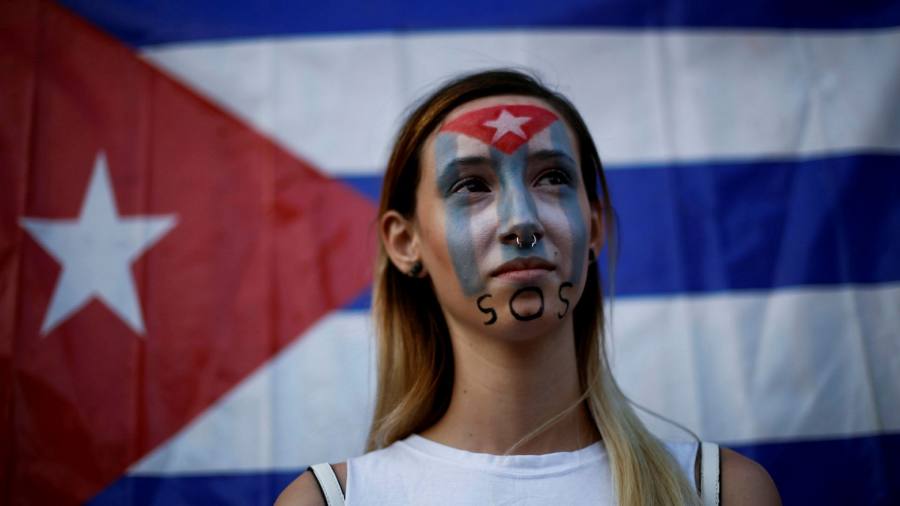 “There is no internet. No, anywhere. People are trying to use apps,” said Isabel, a Havana resident. The London-based NetBlocks Internet Observatory reported that Cuba’s restrictions on social media and messaging continued on Tuesday.

Communism-ruled Cuba was one of the last countries in the world to open up to the CCP. the Internet, Only allowed to be used on mobile phones a few years ago. Home broadband is still rare, although the state-owned telecommunications monopoly ETECSA claims that approximately 60% of the population has access to some kind of network.

The last time Cuba shut down the Internet was in November last year because hundreds of people protest Call for greater freedom in front of the Ministry of Culture.

Since then, ETECSA has cut off dissidents’ telephone and Internet connections intermittently but systematically.

“In recent weeks, there has been an increase in the movement against the Cuban revolution on social networks,” Diaz-Canel said on Monday. “[It is] Try to create dissatisfaction by manipulating people’s emotions and feelings about the problem in social networks. “

US State Department spokesperson Ned Price called on the Cuban authorities to lift Internet restrictions, saying that these restrictions are the government’s response to the protests.

“We call on Cuban leaders to show restraint and urge respect for the voice of the people by opening up all online and offline communication methods,” he said.

“Turning off technology and closing information channels will not help solve the legitimate needs and desires of the Cuban people.”

Cuba’s streets have been quiet since Sunday afternoon, but there have obviously been at least two small protests in remote areas of Havana. Although it is difficult to confirm, there have been reports of arrests.

Cubalex, a US-based human rights organization, said that since Sunday morning, it has worked with journalists and activists to “receive information and register 148 people arrested or missing, 12 of whom have been released.”

Cubalex said it was unable to confirm reports of the death or serious injuries of the protesters.