China opens up its national carbon market. This is why it is important. : Economics 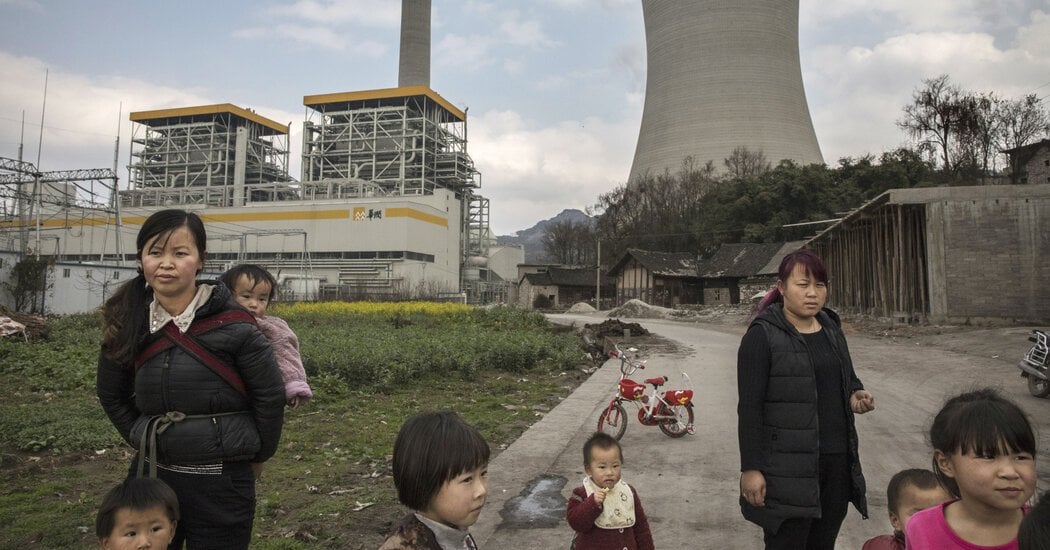 China is the world’s largest source of greenhouse gas pollution. On Friday, it opened a national carbon emissions trading market, which is a long-awaited measure to address climate change.
The market’s conversion of pollution power into tradable quotas is part of a series of policies being implemented by the Chinese government to demonstrate its commitment to substantially reducing carbon dioxide emissions in the coming decades.
Here is how the program works and what it can do.
The market is the key to China’s climate goals.

Chinese leader Xi Jinping is trying to portray China as a world power that is responsible for the environment and promises to tackle climate change. The new carbon market is Beijing’s latest initiative, and it is the world’s largest carbon market in terms of emissions.
Last year, Xi Jinping made two landmark commitments on climate issues. He vowed that China’s carbon dioxide emissions will peak before 2030. He said that it will also achieve carbon neutrality before 2060, which means that the amount of carbon dioxide released into the atmosphere by China will be offset by afforestation and other methods.
If Xi Jinping’s promise is fulfilled, it may have a major impact on the world’s efforts to combat climate change. Unless China and other major powers take urgent action to reduce greenhouse gas emissions, an international agreement that aims to limit global warming in this century to below 2 degrees Celsius (3.6 degrees Fahrenheit) and, if possible, to 1.5 degrees Celsius is impossible. OK.
Since China surpassed the United States to become the largest polluter around 2006, it has faced tremendous pressure to reduce emissions at home and abroad, and has made more efforts to slow down global warming. In 2019, China’s greenhouse gas emissions accounted for 27% of global emissions, more than the sum of the next three largest emitters—the United States, the European Union and India—according to Rhodium Group’s data.
The following is how carbon emissions trading works.

These markets operate by limiting the amount of carbon dioxide that companies can release, creating competition to encourage them to improve energy efficiency and adopt clean technologies.
Companies that reduce carbon emissions can sell their unused pollution allowances; those who exceed their emissions limits may have to buy more permits or pay fines.

By auctioning off quotas and gradually reducing the amount of pollution that companies are allowed to emit, the government can encourage companies to compete to adopt carbon emission reduction technologies.
At a press conference in Beijing on Wednesday, Vice Minister of Environment Zhao Yingmin said that emissions trading can be a more effective and flexible emission reduction tool than top-down administrative measures.
“It can allow companies to assume the responsibility of controlling greenhouse gas emissions, and it can also provide economic incentives for carbon reduction,” he said.
China’s carbon market has been brewing for a long time.

More than ten years ago, the Chinese government began to pilot carbon trading in local areas. At the 2015 summit with President Barack Obama, Xi Jinping used the establishment of a national trade plan as the cornerstone of climate cooperation with the United States.
But the Chinese authorities have been working hard to set up a suitable environment for national launches.
In order for the market to work, regulators must accurately measure the emissions of factories and factories, and then ensure that these polluters do not cheat by hiding or manipulating emissions data.
But this may be challenging in China, because China has a huge industrial base and relatively weak supervision. A company from Inner Mongolia, northern China, involved in a new market has been fined this month for falsifying carbon emissions data.
The Chinese government initially stated that the market may cover industries such as steelmaking and cement, as well as power plants. But it narrowed the scope to cover only coal and natural gas plants that provide electricity and heat-this industry has fewer participants and is easier to monitor. Other industries may enter the market in the next few years.
Zhang Xiliang, director of the Institute of Energy, Environment and Economics of Tsinghua University, said in an interview: “Now we start with the power industry because it is more mature in data quality and other aspects.” “But I think industries such as cement, electrolytic aluminum and steel will soon Will join.”
Even so, China’s coal and natural gas power generation industry is so large that the plan already covers about one-tenth of the total global carbon dioxide emissions. Approximately 2,225 power plant operators-many of which are sub-units of China’s state-owned power group-were selected to trade on a platform operated by the Shanghai Environmental Energy Exchange.
So far, the largest carbon emission market has been Europe, followed by California. Ultimately, these and other emissions trading initiatives may be linked to create a potential global market. However, for now, international investors or financial companies will not be allowed to enter China’s carbon market.
It may take years for the market to achieve results.

“The carbon market price will definitely rise,” said Professor Zhang from Tsinghua University. “In my opinion, the future allocation will be tighter, and the carbon price may rise to $15.”
But most experts predict that China’s plan will take several years to mature into an effective tool for controlling emissions.
The participating power plants have received free pollution permits to make them accustomed to reporting data and trading. The Ministry of Ecology and Environment, which is responsible for the plan, said that permit auctions may be introduced later.
China’s trade plan does not set a fixed cap on the amount of carbon dioxide that electricity producers can emit; instead, it sets a limit on the amount of carbon per unit of electricity generated. This loose approach means that companies face less pressure to reduce pollution, at least at the beginning.
But over time, the plan may become more stringent, especially if China imposes stricter fines on emissions that exceed pollution limits.
“Its role may not be effective immediately,” Zhang Jianyu, chief representative of the China Project of the Environmental Protection Fund, said in an interview. “Its impact will be felt mainly through the planning of the entire power array, and it will bring carbon costs.”