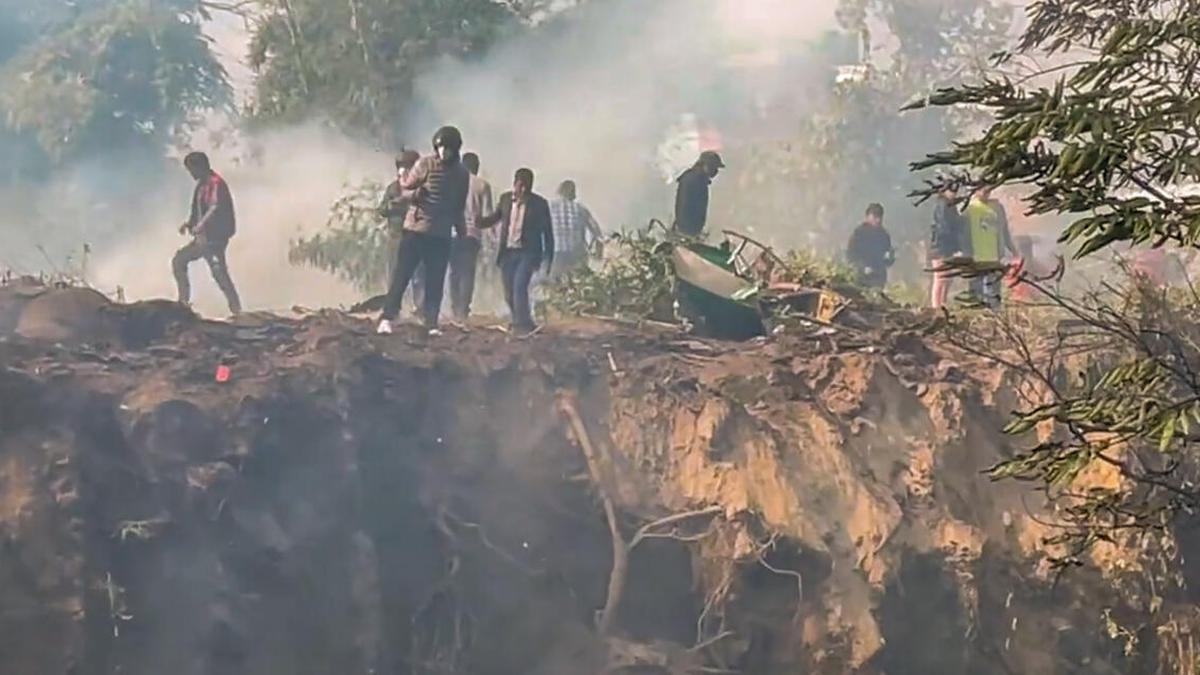 At least 32 people were killed when a Nepalese passenger plane with 72 people, including 10 foreigners, onboard crashed into a river gorge on Sunday while landing at the Pokhara airport and eight bodies have been recovered, according to media reports.

According to the Civil Aviation Authority of Nepal (CAAN), Yeti Airlines’ 9N-ANC ATR-72 aircraft took off from Kathmandu’s Tribhuvan International Airport at 10:33 am. Pokhara is a major tourist destination in the Himalayan nation.

While landing at the Pokhara airport, the aircraft crashed on the bank of the Seti River between the old airport and the new airport. There were a total of 68 passengers and four crew members, Republica newspaper reported.

The passengers included 10 foreigners, according to the state-run Nepal Television. It was not immediately clear if any Indian national was among the passengers traveling to the scenic region. At least 32 bodies have been recovered from the wreckage site, The Himalayan Times newspaper reported.

According to Tek Bahadur KC, Chief District Officer of the Kaski district, the plane crashed into the Seti river gorge. Rescue operations are currently being conducted, he was quoted as saying by The Himalayan Times newspaper. Minister Pushpa Kamal Dahal ‘Prachanda’ called an emergency meeting of the Council of Ministers following the crash. There were a total of 68 passengers and four crew members, Republica newspaper reported (PTI)

He expressed sadness over the crash and directed the Home Ministry, security personnel and all the government agencies to carry out immediate rescue and relief operations. Details of the accident are yet to come. Images and videos posted on social media platforms showed plumes of smoke billowing from the crash site.

Nepal has had a fraught record of aviation accidents, partly due to its sudden weather changes and airstrips located in hard-to-access rocky terrains.

The last major air accident in Nepal happened on May 29 when all 22 people on board, including four members of an Indian family, were killed as a Tara Air plane crashed in Nepal’s mountainous Mustang district.