Across the Corridor by P Chidambaram – Right to Speak, Duty to Listen 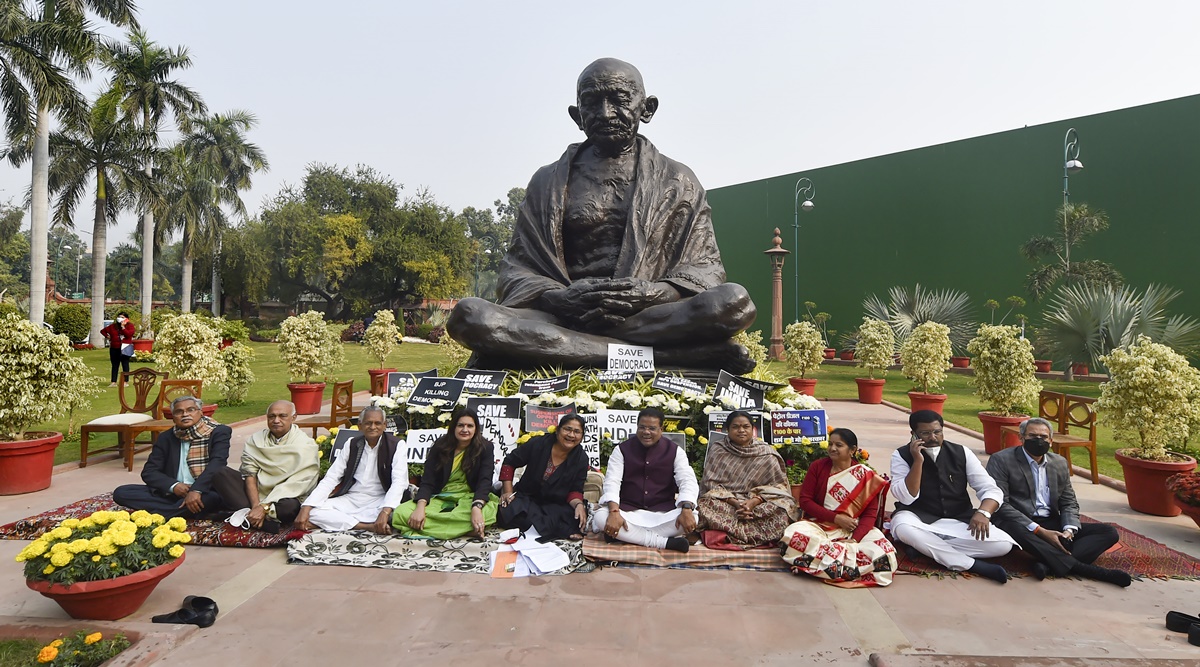 The issue hanging as a dark cloud over the Rajya Sabha is the suspension, on the first day of the session, of 12 members of the House of Representatives belonging to various opposition parties for the remainder of the session until December 24.

Parliament’s winter session started on November 29, 2021. Lok Sabha discusses bills, motions, etc. every day. There was a discussion on several topics. But the Rajya Sabha is in turmoil. The issue hanging as a dark cloud over the Rajya Sabha is the suspension, on the first day of the session, of 12 members of the House of Representatives belonging to various opposition parties for the remainder of the session until December 24.

The entire opposition is a commotion, some more, some less. All the opposition parties protested together and marched together and spoke to the media. But within the Rajya Sabha, while some refused to participate in any way, some asked questions during the hour of questions or were mentioned privately. In the lobbies and in the central hall there are conflicting opinions. Outside the house, the 12 hanging members, seated on the darnah at the foot of the Mahatma Gandhi statue, were furious. It is an unprecedented situation.

The original, the surprise
The dispute arose is what happened on the last day of the previous session – August 11, 2021. According to the Parliamentary Bulletin, the first part of that day, some members “entered the” well “of the House of Representatives, raised banners and chanted slogans. They persistently and deliberately obstructed the procedures of the House of Representatives.” The newsletter included the names of 33 members. No action was taken or hinted at.

What happened – if true – was unfortunate but not unprecedented. Aaron Jaitley, the former leader of the opposition, once declared that obstruction of the House of Representatives is a legitimate parliamentary tactic. Anyway, the incident occurred on the last day of the previous session and at 7.46pm on August 11th, the House of Representatives was adjourned indefinitely without any action being taken.

What started on November 29 was a new session. The proceedings began at 11 am. Following the obituary signals, the House of Representatives was adjourned for an hour as a sign of respect, returning at 12.20 pm and normal business resumed. After the lunch break, at 2pm, the Farm Laws Repeal Bill was approved and passed without discussion at 2.06pm (for that, I’ll keep the comment). The house was adjourned and reassembled at 3.08 p.m. Suddenly, a minister made a motion to suspend 12 members for the remainder of the session, the motion was adopted, members protested, but the House of Representatives was adjourned at 3.21pm (according to Parliament Bulletin Part One dated November 29.)

The rule that applies to a member’s suspension is rule 256 (see box). The rule is clear. Rajya Sabha’s verbatim record does not show that any member was named on August 11. It was only when the Rajya Sabha met at 3.08 pm on November 29 that the Minister of Parliamentary Affairs submitted a motion to suspend the 12 members, and the bulletin says the motion was adopted. There was no attempt to bring the motion to the House of Representatives or hold a vote. Opposition members unanimously agreed not to hold a vote. Treasury offices do not refute this position.

Several questions were asked to be asked in the Board. Can members be suspended in a new session due to alleged disorderly conduct in the previous session? Can members be suspended when none were “named” on August 11th? Can members comment on a proposal that has not been voted on by the Board? While 33 members have been charged with disorderly conduct, why were only 12 members suspended? Why was Mr. Al-Amran Karim, whose name was not included in the list of 33, was suspended? These questions were not allowed to be raised in the council, and therefore had no choice but to put them in the public domain.

Democracy waned
On December 16, the opposition submitted a motion under provision to Rule 256(2), which allowed the motion to be moved “at any time” to end members’ suspension. The session chair rejected the proposal for technical – and suspicious – reasons.