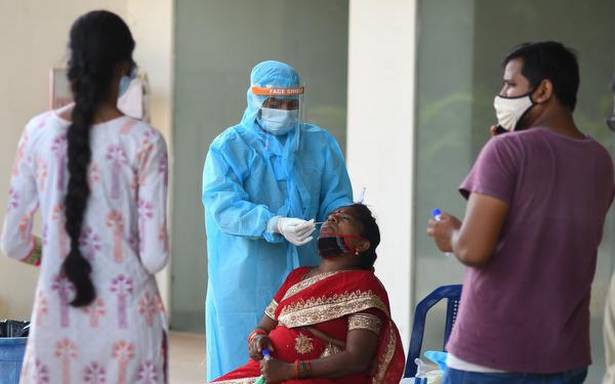 With 14,313 people infected with coronavirus in a single day, the total number of Covid-19 cases in India rose to 3,42,60,470, while active cases were recorded at 1,61,555, according to the data of the Union Health Ministry that was released. Updated on Saturday.

The ministry said that active cases constitute 0.47 percent of the total infections, the lowest since March 2020, while the national recovery rate from COVID-19 was recorded at 98.19 percent.

The weekly positivity rate was 1.18 percent. The Department of Health said it was less than 2 percent in the last 36 days.

The cumulative doses taken in the country so far under the nationwide Covid-19 vaccination campaign have exceeded Rs 105.43 crore.

Kerala has been reconciling Covid deaths since the last few days, so the death toll in the state is high.

Of the 471 deaths, 86 were reported in the past few days, 276 were not confirmed as of June 18 last year due to lack of sufficient documentation and 109 deaths were classified due to Covid after receiving appeals based on the center’s new guidelines. The guidance of the Supreme Court, stated in a statement issued by the state government on Friday.

The Ministry of Health stressed that more than 70 percent of deaths occurred due to comorbidities.

“Our numbers are being reconciled with the Indian Council of Medical Research,” the ministry said on its website, adding that the government’s distribution of numbers is subject to further verification and reconciliation.