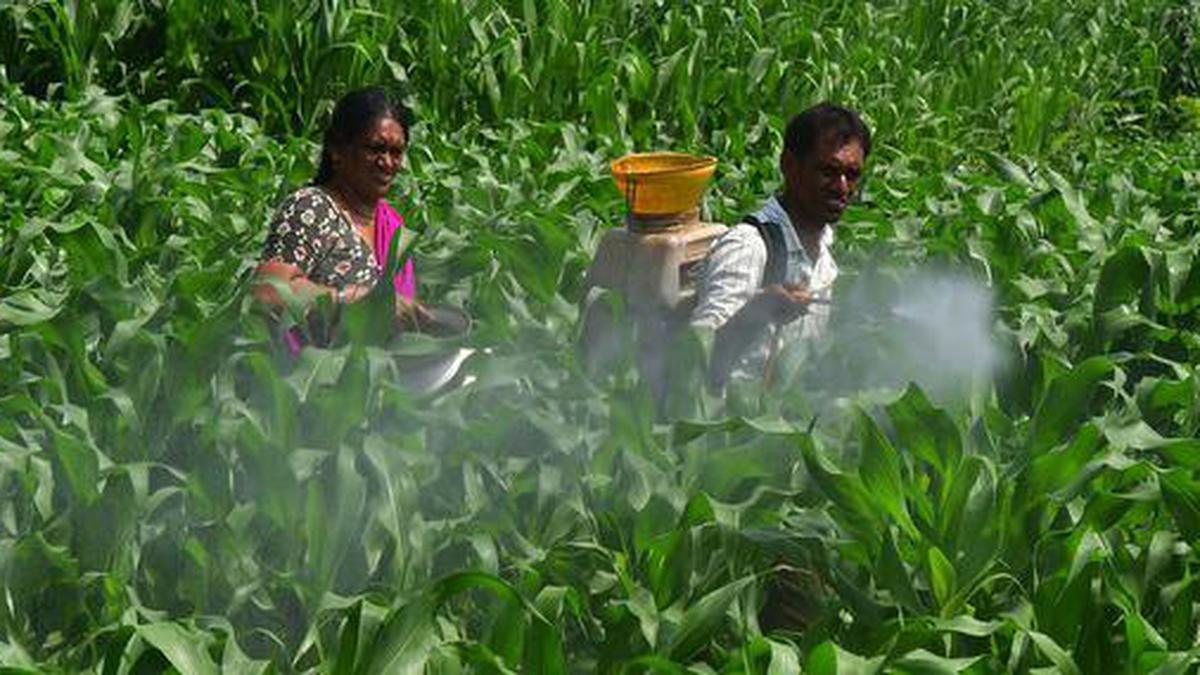 Agri input makers are looking forward to tax exemptions on their R&D expenses and a cut in GST and basic customs duty for agrochemicals in the upcoming Union Budget.

“As India is likely to become the most populous country this year, and has ambitions to be a major food supplier to the world, the need of the hour is to ensure higher productivity with minimal environmental impact. The investment made in agricultural research and development (R&D) pays back many times over in the form of increased production or mitigated losses, as well as higher incomes for farmers.

The private sector players are dedicating a significant share of resources & investment in research, promoting sustainable agricultural practices in rural India, and must be incentivized or allowed tax exemptions based on the impact created by their initiatives in the upcoming Union Budget.” said Ravi Annavarapu, President, FMC India.

“It will also be critical to focus on creating an enabling ecosystem, with a faster registration process to introduce newer technologies and molecules for better productivity. This will be vital for an inspiring India. Defining clear guidelines to facilitate the introduction of biological and microbial pesticide formulations will support integrated pest management and organic farming in the country. Additionally, rationalizing GST on agrochemicals to be at par with other agri-inputs will reduce cost pressures on the farmer,” Annavarapu added.

CropLife India, an association of 16 R&D crop science companies, has suggested uniform basic customs duty of 10 per cent for both technical raw materials and formulation while seeking a 200-weighted tax deduction on R&D expenses and reduction in GST on agrochemicals from the current 18 per cent. cent to 12 per cent.

Durgesh Chandra, Secretary General, CropLife India said, “Formulation import of new for-India single molecules or their different combinations helps the farmers in combating resistance, climate change, new invasive pests and in improving the competitiveness of Indian agricultural production internationally. Once these new solutions get adopted by the farmers, local manufacturing can commence and support the larger objective of ‘Make in India’. Formulation imports are then converted to the manufacture of formula and then to manufacturing of the technical in India.”

Rajesh Aggarwal, Managing Director, Insecticides India Limited said the budget should allocate funds for research and development activities to develop new more effective and safer solutions for control of pests, diseases and weeds for chemical as well as biological streams. Different forms of incentive to the companies engaged in such R&D activities can be a motivating factor for them to invest more in the same. The industry needs more support from the government to maximize the agricultural output in 2023 in the form of incentives like PLIs., Aggarwal said.

Sanjiv Kanwar, Managing Director, Yara South Asia said “Nutrition will be critical to food security in India and we firmly believe that introducing the ‘Plant Nutrition Management Bill’ is necessary and ought to be a top priority for 2023. Soil fertility and micronutrients will be critical to meet the quality requirements for the food being produced in the country.

Hence, bringing parity between the taxation on bulk fertilizers and micronutrients will help farmers take advantage of these products to not only improve quantity, but also quality of production. In fact, measures like direct benefit transfers of subsidy amounts into farmers’ bank accounts, will empower them to make a choice of products and services to be used to improve overall productivity for the farm sector. This step will also give wings to the export aspirations of the country.”

Deepak Birewar, Chairman & MD, Inventys Research Company said that with exports of chemical and petroleum products to more than 175 countries standing at a staggering $8.24 billion, we expect the government to implement export benefits for specialty chemicals to aid the overall economy.

“Manufacturing business tax exemptions provided by DSIR, under section 35 (2AB) of the IT Act 1961, stands at 100 per cent, compared to the 150 per cent prior to March 2020. A revision in this tax structure could empower firms to increase R&D expenditure, helping them produce new products and technologies. Additionally, the government can create a Models Specialty Chemical Manufacturing Region in Vidarbha, which could give rise to 3,000 MSMEs in the region, with a petrochemical complex acting as a catalyst for industrial growth,” Birewar said.

“Further, the chemical sector is highly capital intensive with long payback periods. Capital expansion of the chemical sector could be enabled if the government provides subsidies of 10-20 per cent for investment projects beyond ₹100 crore. In the past months, the shift of global supply from China has increased outsourcing opportunities and domestic demand. It has given India more expansion opportunities. By 2025, the Indian chemical industry is expected to reach $300 billion, and focused assistance in export benefits, tax advantages, and capital subsidies will further add thrust to the ongoing growth,” Birewar said.

Maninder Singh Founder & CEO, CEF Group said the government should consider subsidizing organic manures in order to promote organic farming among the farmers. “It also needs to initiate farmer training programmes, provide ease of licensing for bioproducts and must include a provision for the removal of harmful red and blue category chemicals used in agriculture from the entire nation. The focus should also be on revising FCO (Fertilizer Control Order) provision.

While the government needs to do its bit in rural farming across the nation, urban farming should also be considered to tackle the problems of air pollution, healthy and quality food availability, and sensitization towards bringing the urban population closer to agriculture. Separate budgets should be allocated for the promotion and implementation of urban farming on a larger scale. Government must devise some schemes to promote urban farming such as rooftop or balcony farms, community gardens, etc. This will not only help in reducing pollution but also inculcating environment-friendly practices among the general public,” Singh said.