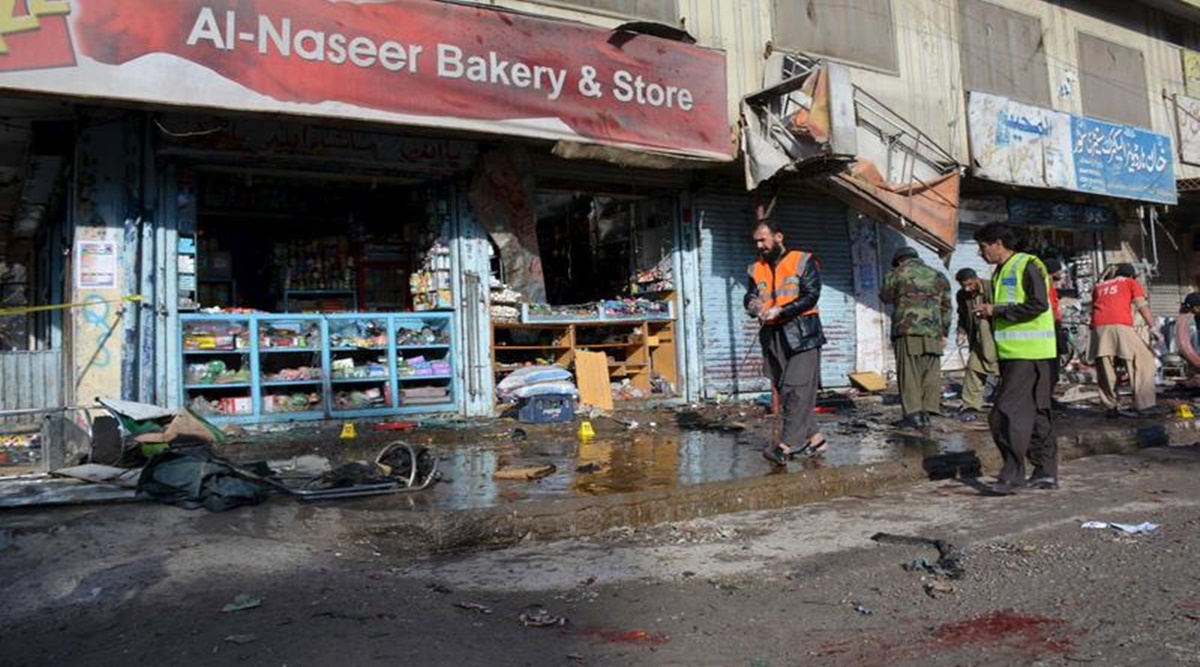 A senior police officer said the blast at a branch of Pakistan’s largest bank, Habib Bank, may have been a gas leak.

At least 10 people were killed and 11 others injured in an explosion Saturday at a bank branch in Karachi that was constructed with sewage in the city’s industrial area, police said.

A senior police officer said the blast at a branch of Pakistan’s largest bank, Habib Bank, may have been a gas leak.

“Explosive teams are working to try to ascertain the nature of the explosion, but it is clear that the structure was built with sewage and gas may be a possible cause,” Sarfraz Nawaz told reporters.

A petrol station located next to the bank in the Sindh Industrial Trade Zone was badly damaged, and cars were parked nearby.
Television footage showed that the bank’s floor was torn, revealing twisted iron bars.

Shargil Kharal, another senior police officer, told reporters that it was not immediately clear how many were killed or injured in the blast, as the bank had a skeleton on Saturday.

Building codes in Pakistan are frequently violated. Several sewers have been poured in Karachi to make way for car parking.

Last month, the country’s Supreme Court ordered the demolition of a multi-storey apartment building that was found to have been constructed on an illegal plot of land on the main road in Karachi.