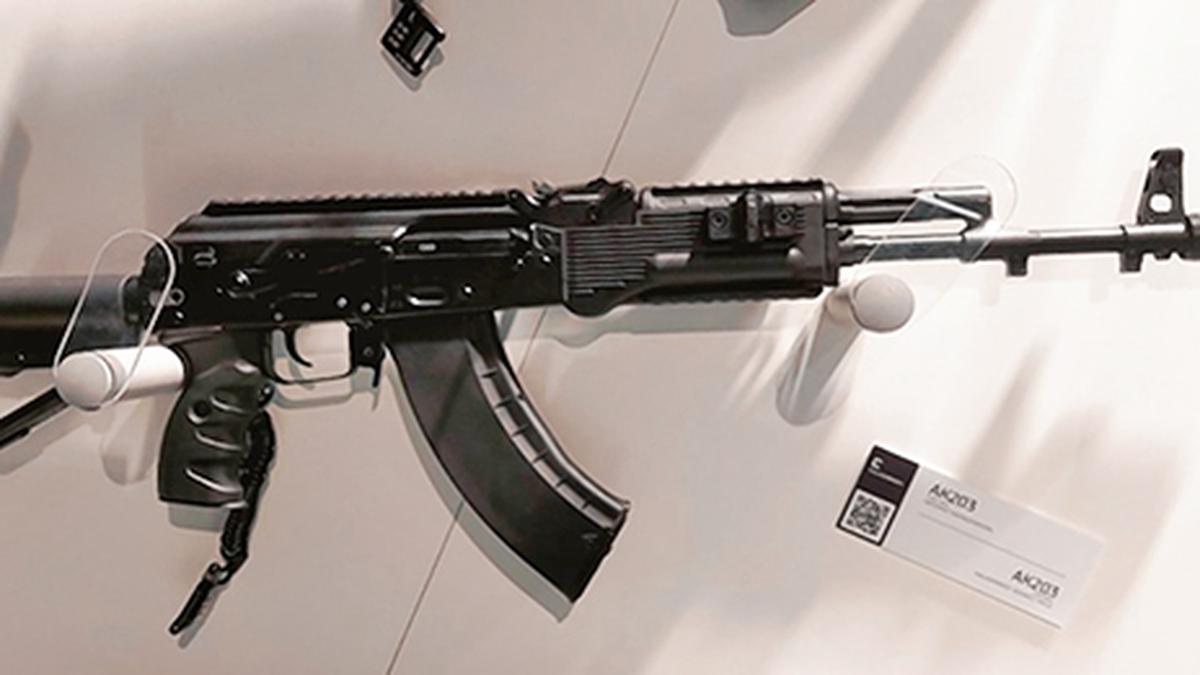 The Army will soon be supplied the first batch of India-made AK-203 Kalashnikov assault rifles produced at an Amethi facility set up by Indo-Russian Rifles Private Ltd (IRRPL), a joint venture between the two countries.

Mikheev’s announcement comes days after Army Chief General Manoj Pande said at the annual press conference that they are expecting the first batch of 5,000 rifles by March.

The statement issued by Rosoboronexport expressed commitment for 100 percent localisation of the AK-203 production. Rosoboronexport also stated in future, they may increase the output and upgrade rifle production facilities.

“With the launch of series production of Kalashnikov AK-203 assault rifles, high-quality, convenient and modern small arms will begin to enter service with India’s defense and law enforcement agencies,” Sergey Chemezov, General Director of Rostec, said as per the statement.

The two countries also hope to export AK-203s to third countries. Rosoboronexport was also hopeful of meeting requirement of other law enforcement agencies owed to the factory’s capacity and also due to the fact that the AK-203 has high adaptability which makes it suitable for various operators.

The Korwa Ordnance Factory is supposed to deliver 6 lakh Kalashnikovs in about to ten years and 70,000-odd will be produced in months, General Pande had elaborated. The first lot of guns will have five to seventy percent indigenous content, the Army chief had stated. Subsequently, it will be produced with 100 percent local component.

In 2019, the IRRPL was formed after coming together of former Ordinance Factory Board and Rosoboronexport (RoE) and Concern Kalashnikov, both of Russia. The AK-200 series is an improved version of the Kalashnikov, especially its sighting range is almost double when compared with the AK-47s and its magazine can hold 30 bullets.