BJP eyes return to power with a bigger mandate 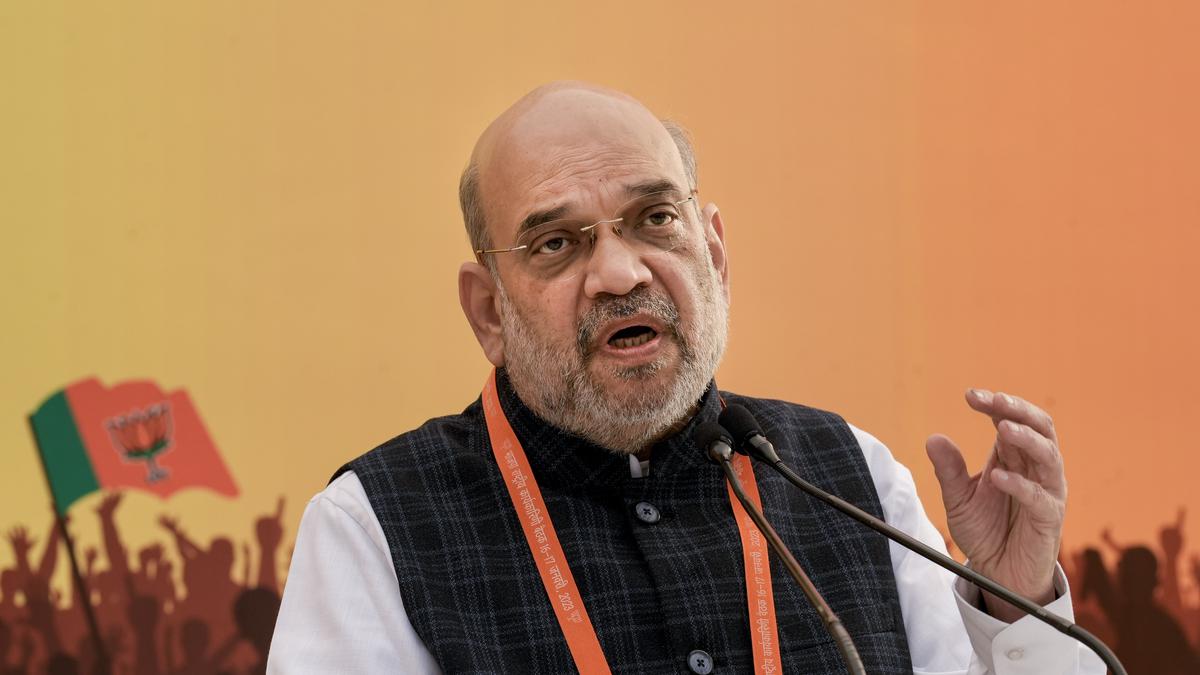 A year ahead of the general elections, a confident Home Minister and chief BJP strategist Amit Shah declared that he would win again with a bigger mandate and return Narendra Modi as the Prime Minister in 2024.

The ruling party’s two-day strategy session in the capital concluded with welfarism i.e. ‘Garib Kalyan’, a “transformed” India with enhanced global image and a strong ‘Atmanirbhar’ economy as the main themes for political mobilization in the election year. India’s presidency of the G20 is also to be used as proof of the country’s elevated international image. BJP President JP Nadda would remain in charge of the party organization as the national executive stamped the extension of his tenure until June, 2024.

The national executive passed political and socio-economic decisions and a statement by the Foreign Affairs Minister S. Jaishankar on India’s G20 presidency and how India “transformed its global image” and another on ‘Garib Kalyan’ policies of the Union Government was placed before the delegates.

Congratulating JP Nadda on the BJP’s performance in various provincial and municipal polls as also the expansion of the ruling party’s image and ideology, Amit Shah said, “I am confident that in the leadership of Modiji and Naddaji in change of the organisation, we will come back with a bigger mandate than 2019 and Modiji will lead the country again as Prime Minister.”

Quoting S. Jaishankar in the closed-door meeting, BJP vice-president Baijyant Jay Panda said, the Minister told the delegates that the world’s view of India has changed in the last nine years.

“When the Covid-19 pandemic broke, there were concerns that India will not be able to manage but now the G20 nations and the world in general is full of admiration as it not only dealt with the crisis but helped out other countries as well, Jaishankar was quoted as saying.

Disclosing BJP’s plans to use India’s G20 presidency, Panda said as the country hosts over 200 G20-related events over 50 places, the BJP workers would work to connect the society and showcase India’s progress. He said delegates from not just the elite bloc of 20 leading economies, but many multilateral bodies such as the IMF and the World Bank would visit India offering great opportunity.

Government’s welfare policies and ‘Garib Kalyan’ would be another major selling point for the BJP in the election year. Mobilisation of the SC/ST and OBC communities through a strong dose of welfarism is a major theme as indicated by the statement by Samrat Chaudhary, an OBC leader from Bihar, in the national executive. Quoting Chaudhary, BJP parliamentary board member Sudha Yadav said the attention given to SC/ST, poor and backwards in the last nine years is “unprecedented”.

“It was the Modi government under which direct benefit transfer was used to help people during the pandemic. From ‘Har Ghar Jal’, ‘Housing for All’ and farmers’ welfare policies, the Modi government has touched every segment of the society,” said Sudha Yadav.