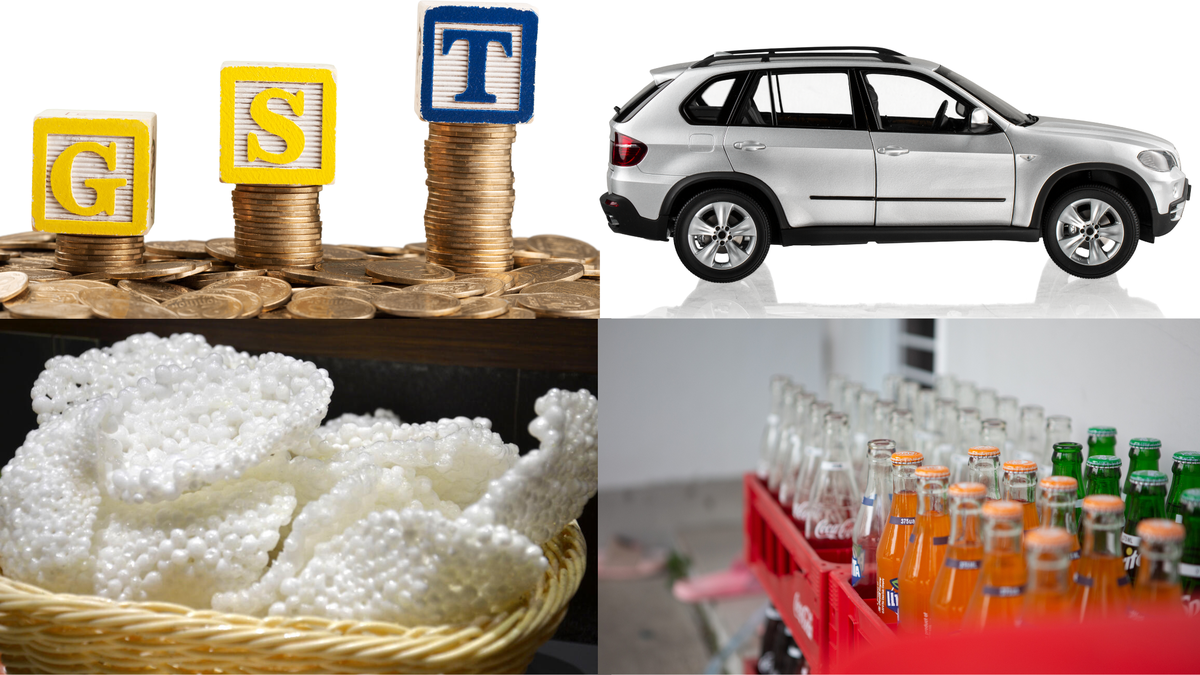 The Central Board of Indirect Taxes and Customs (CBIC) has come out with a detailed clarificatory circular on the applicability of GST compensation cess on SUVs (Sports Utility Vehicles) and GST on carbonated beverages among others. However, there is no increase in GST with compensation rates.

The is a follow-up to circular recommendations made by the GST Council in its meeting last month.

The aims to remove the circular ambiguity over the applicability of GST Compensation Cess on SUVs. It says representations have been received seeking clarification about the specifications of motor vehicles, which attract compensation at the rate of 22 per cent.

It said, “It is clarified that Compensation Cess at the rate of 22 per cent is applicable to motor vehicles, falling under heading 8703, which satisfy all four specifications, namely — these are popularly known as SUVs, the engine capacity exceeds 1,500 cc, the length exceeds 4,000 mm, and the ground clearance is 170 mm and above,” she said.

Further, it added that this clarification is confined to and applies only to SUVs.

Earlier, Vivek Johri, Chairman, Central Board of Indirect Taxes and Customs (CBIC) said, there is no change in the rate of tax or cess and total GST will continue to be levied at the rate of 50 per cent (28 per cent GST plus 22 per cent GST Compensation Cess).

He also said that there are also issues with MUVs (Multi Utility Vehicles).

He said, “Fitment Committee will examine issues related with MUV and based on that a clarification will be issued regarding definition and applicability of compensation cess.”

Currently, the present rate of GST on MUV is 28 per cent and then they attract a compensation cess of 22 per cent, but there are ambiguity and like SUV, states are also seeking clarification on MUV.

The circular also said that based on the recommendation of the GST council at its 45th meeting, a specific entry was created in notifications related to rates and compensation cess for goods with the description ‘Carbonated Beverages of Fruit Drink’ or ‘Carbonated Beverages with Fruit Juice’ ‘.

It is hereby clarified that the applicable six-digit HS code for the aforesaid goods is HS 2202 99.

The circular clarified that the snack pellets (such as ‘fryums’), which are manufactured through the process of extrusion, are appropriately classifiable under tariff item 1905 90 30, which covers goods with the description ‘Extruded or expanded products, savory or salted’ , and thus attract GST at the rate of 18 per cent.

This clarification was required as fryums faced contrary rulings, and even the Gujarat AAAR gave two different rulings in two similar matters.

Normally, the word fryum is popularly used for different shapes and sizes, such as round, square, semi-circle, hollow circle with bars in between or square with bars in between intersecting each other, or the shape of any instrument, equipment, vehicle, aircraft, or animal type papad. So, the issue was — should it be treated like papad and given the tax exemption?

Then, this issue gained further prominence when a well-known industrialist posed a question on social media asking whether a round papad is exempt from GST and a square papad attracts GST.

Responding to this, the CBIC said papad, by whatever name is known, is exempt from GST. Also, the exemption is not based on the shape of the papad. Still, the issue remains unresolved on fryums because of contrary rulings. Then a representation was made, and accordingly, a clarification was issued.

It is also to be noted here that ‘Fryums’ (of TTK Healthcare Ltd) is the brand name of a company and not the generic name of papad.