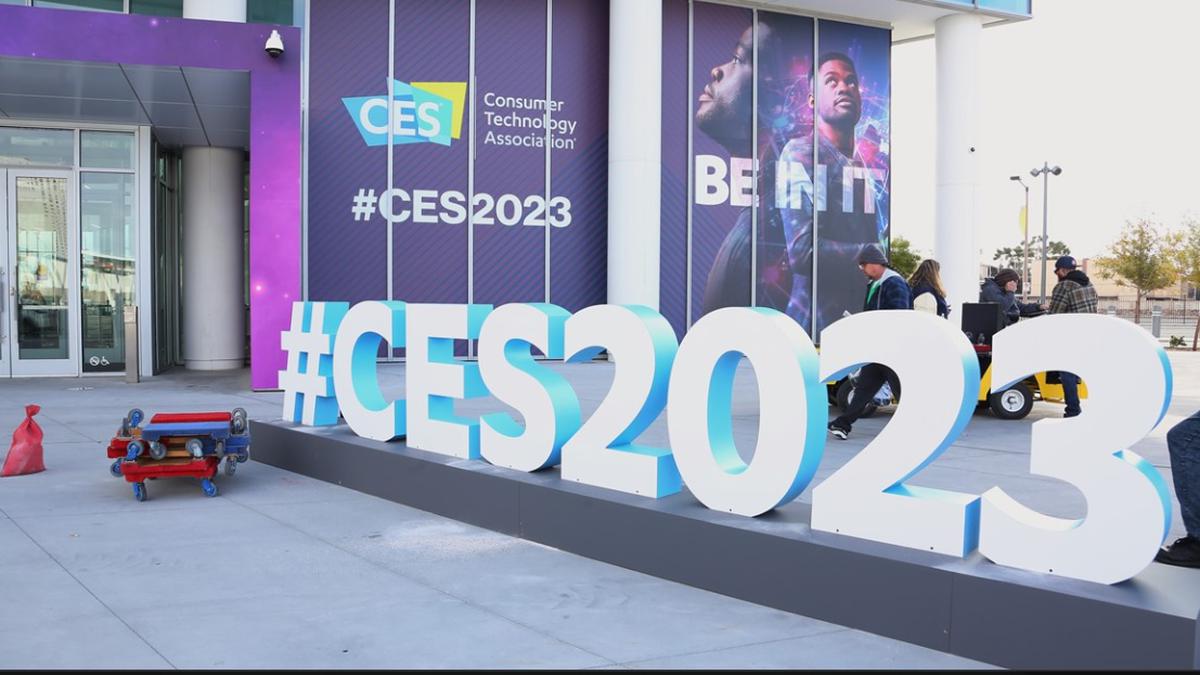 The tech world flags off each year with a bunch of exciting launches and concepts at CES, Las Vegas. This year was no different with companies pushing to make tech more inclusive, accessible, and sustainable. No, that doesn’t mean that gadgets are going to be any cheaper anytime soon! But, we’ve got new tech!

Let’s start off with gadgets that we’re most likely to get our hands on – smartphones! CES is generally not flooded by smartphone launches and announcements. However, the handful announced this year definitely seem noteworthy. The Lenovo ThinkPhone by Motorola is a device, which many didn’t see coming! To mark 30 years of the ThinkPad, this 6.6-inch smartphone is designed to work seamlessly with a ThinkPad. Promising around 36 hours of battery life and Snapdragon 8+ Gen 1 processor, the ThinkPhone comes with enterprise-grade privacy and security features. budget Beauty, Samsung Galaxy A14 5G, was also announced. The smartphone, likely to hit the Indian market this month, comes with an upgraded 1080p 90Hz display on a 6.5-inch screen. Equipped with a 5,000 mAh battery, this one should ideally last beyond a day of usage. There’s no going back from hybrid working and hybrid workstations anymore! Banking on this new reality is Lenovo with its brand new Lenovo Yoga Book 9i and the Lenovo ThinkBook Plus Twist. The former is a dual-screen OLED laptop with two 13.3-inch 2.8K OLED displays. Featuring Bowers & Wilkins speakers, the convertible form is ideal for switching between finishing that presentation, watching your favorite Netflix series, and displaying a slide during meetings. The Lenovo ThinkBook Plus Twist It offers a 12-inch rotating dual display – one side being an OLED screen and the other a color e-ink display. Definitely one of the coolest form factors, the device can be used as a laptop and a tablet, and it weighs just about 1.3 kg, making it super portable.

Coming to portability, I think, no laptop comes close to the LG gram Ultraslim – which is just 10 mm thin and weighs just below 1 kilogram. All this, while sporting a 15.6-inch OLED display and the latest 13th Gen Intel processor.

Asian tech giants, ASUS, Acer, and Sony, have new goodies for gamers and creators this season. Acer launched, among other devices, the Acer Nitro 17 that It has a 17.3-inch HD display with up to 165 Hz refresh rate. Its large gaming space is topped off with a massive touchpad and an RGB 4-zone backlit keyboard, and the whole system is powered by AMD Ryzen 7000 Series processors. ASUS has really pushed boundaries of tech with the ASUS ProArt Studiobook 16 – a laptop, it claims, is the world’s first 3D OLED workstation. The best part? You don’t need glasses to view content on 3D here! The 16-inch 3.2K resolution, 120 Hz 3D OLED display is a great canvas to create art as well as consume multimedia and play games. Sony has contributed to making technology more accessible and inclusive by designing the PlayStation Project Leonardo controller. With a circular gamepad that can be laid flat on a table or a wheelchair tray, the controller has eight fully customizable buttons and a joystick. Gamers can swap around components to “re-design” the controller’s shape, size, and buttons. This is particularly useful for gamers with physical limitations who might find it challenging to use controllers for extended periods of time. Promising to take your gaming experience to the next level is the Razer Leviathan V2 Pro soundbar. Built with AI capabilities, the soundbar tracks your head movement via an integrated IR camera to beam sound directly to your ears. With adaptive beamforming, the device improves signal strength and cuts down on noise and interference during gaming. The only thing that excites me more is the Razer Project Carol – a concept head cushion that features integrated surround sound and high-fidelity haptics. Gaming couldn’t get more immersive than this!