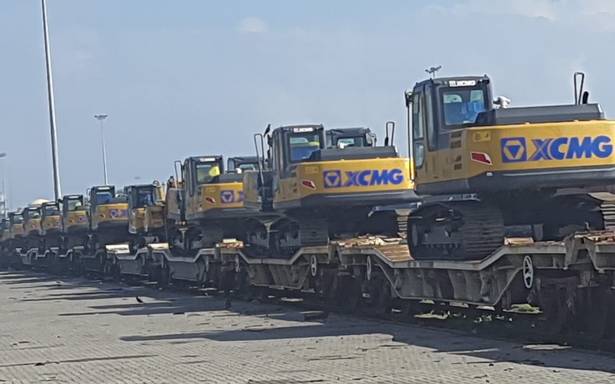 Chennai Port has achieved another significant milestone by handling 58 imported rigs with rail accessories from the port to Wallajabad via 35 BWT flatbed wagons.

Usually, imported rigs are transported by road from the port to the final destination. However, for the first time, the shipment imported from Shanghai via the ship Thoroco Legacy arrived at the port on October 23 and the shipment was sent to Wallajabad via rail on Friday.

The final phase of the movement of goods from the Wallajabad to Cheyyar railway siding will be completed via the road. This new initiative will ease congestion on the roads and increase the share of railways, according to the Chennai Port Trust.