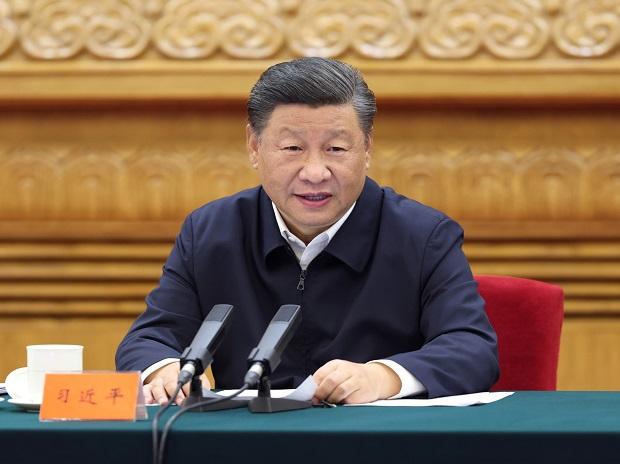 Chinese President Xi Jinping has warned against exaggerating government promises on welfare amid a drive to achieve “shared prosperity” by mid-century, while calling for progress on a long-awaited property tax that could help reduce wealth gaps.

Still an outspoken socialist country, China has vowed to reduce inequality after years of rapid growth while emphasizing that people still have to work hard to create wealth.

In an article published in the ruling Communist Party newspaper Qiushi and carried by the official Xinhua News Agency on Friday, Xi also called on China to “vigorously and steadily push forward” property tax legislation.

China has been studying such a tax for more than a decade, but has faced resistance from stakeholders including local governments themselves, who fear it could erode property values ​​or start market sell-offs.

Such a tax could curb rampant speculation in the housing market, which is currently under intense global scrutiny as developer China Evergrande Group (3333.HK) struggles with a debt crisis.

Xi also warned against exaggerating government promises on social welfare amid a bid to achieve what he called “shared prosperity” by mid-century.

Shared prosperity is a broad policy approach to narrowing the gap between the rich and the poor. It has involved a wave of regulatory crackdowns on transgressions in industries including technology and private passionion.

China has become an economic power after the reforms unleashed in the last century under the hybrid policy of “socialism with Chinese characteristics,” but it has also deepened inequality, especially between urban and rural areas, a division that threatens social stability.

Xi said the gap between people’s income and consumption should be narrowed to a “reasonable range” by mid-century.

But Xi also said the government should not make promises that it cannot keep, avoid the “welfare trap” and help the zombies.

“The government cannot take care of everything,” he said.

While the “ossification” of social classes should be prevented, Xi said, so should the “instability”, referring to the trend among China’s youth to embrace passivity and retreat from fierce competition in the world’s second-largest economy.

“Some developed countries…because of their social systems, have not solved the problem of shared prosperity, and the disparity between the rich and the poor has become more and more serious,” he said.

Xi also said that the salaries of grass-roots civil servants and employees of state-owned enterprises should be increased.

(This story has not been edited by Business Standard employees and is automatically generated from a shared feed.)