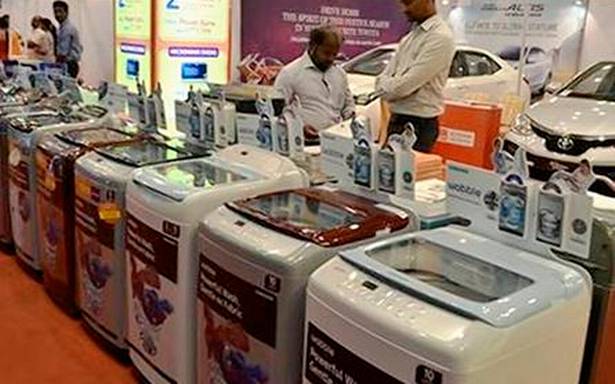 As the festival season kicks off with Navratri and Dasara, consumer durables companies said they have seen better-than-expected demand trends backed by positive customer sentiment, and added that they expect this momentum to continue for the next two weeks, until Diwali.

“There has been a spike in sales since the first day of Navratri which is better than the demand trends seen last year,” said Kamal Nandy, Business President and Executive Vice President of Godrej Home Appliances. “On average, in the first 15 days of the month, the industry recorded growth By 12-15 percent compared to last year. This industrial growth would be higher than 15 percent, if one looks at just the past 10-11 days with the start of Navratri.”

Companies said visitor numbers rebounded in stores and premium product categories saw stronger demand in line with post-pandemic trends. “Sales have been very good during this period. The demand in rural areas has also increased in the past few days. Mid-range and premium products are in increased demand. We expect this sales momentum to continue on the way,” said Eric Braganza, President of the Consumer Electronics and Appliances Manufacturers Association. Diwali”.

Manish Sharma, Chairman and CEO of Panasonic India & SA, added that the company has seen 20 per cent growth during the festive season and hopes to build momentum closer to Diwali.

Nilesh Gupta, Director of Vijay Sales said, “Product shortages so far have not been a major concern as retailers have been stocking up for the past and a half months in the run-up to October. In terms of value, we saw a growth of 25-30 percent during Navratri, which It was better than expected. In the coming days, there may be some shortages of specific products or models, depending on the brands, if these issues persist.”