Copper likely to witness a supply deficit, prices may surge to $10,000/t 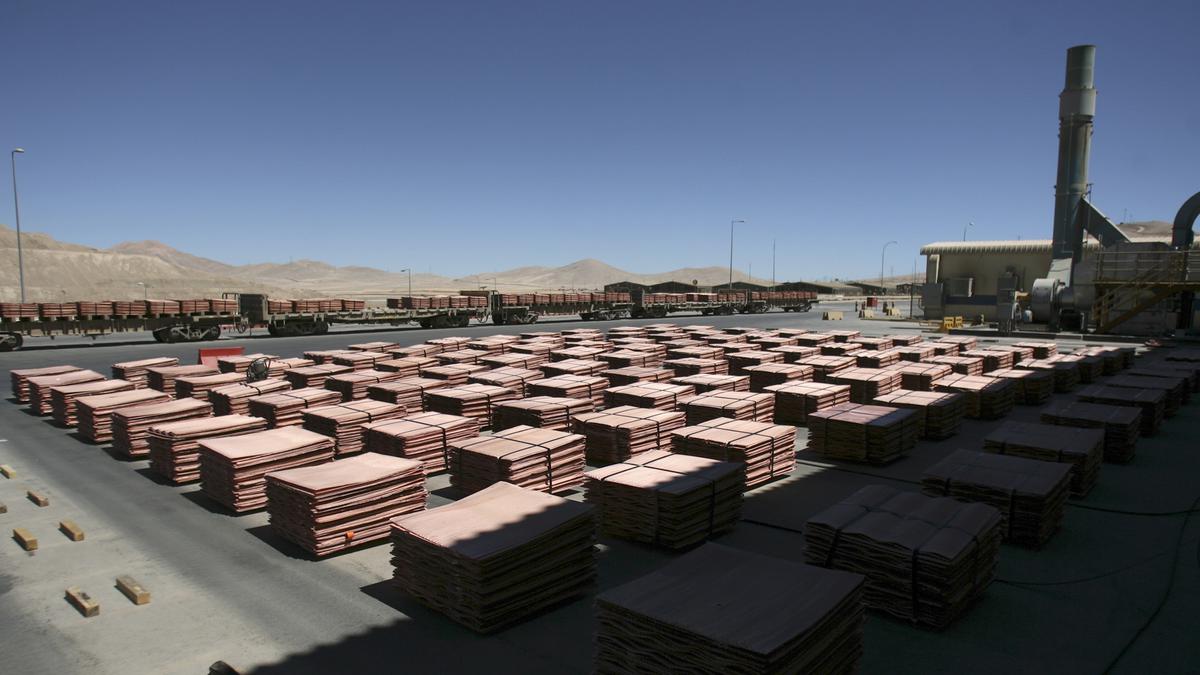 Copper will likely move into a supply deficit this year and its prices may rule higher than in 2022 targeting $10,000 a tonne, research analysts say.

On the demand side, we expect a rebound in mainland Chinese copper demand to boost prices along with a weakening dollar. On the supply side, we expect operational issues to persist in Latin America with minimal increases in output in 2023,” said research agency Fitch Solutions Country Risk and Industry Research, a unit of Fitch.

ING Think, the economic and financial analysis wing of Dutch multinational financial services firm ING, said despite its bearish short-term outlook, copper should rule above $7,500 throughout 2023 due to tightening supply.

Goldman Sachs expects copper prices to average around $9,750 this year, with the average price jumping to $12,000 by 2024. Currently, copper is quoting $8,385 a tonne for the three-month delivery contract and $8,362 for cash delivery.

Online trade provider IG Group’s IG Bank said copper prices could benefit from the Chinese recovery and move into a supply deficit this year. He sees the red metal, which is used in wiring, plumbing, electric vehicles and industrial machinery, to top $9,500.

Fitch Solutions said it was raising its copper price forecast to $8,500 a tonne from $8,400 previously, “as higher demand edges alongside a comparatively weaker supply outlook.”

IG Bank said $9,030 is the initial target from copper’s upside move and breaking it could take prices to $9,770. “Should copper prices instead retrace to move below the $7,900 level, our bullish assumptions on the commodity would need to be reassessed,” it said.

Goldman Sachs said in 2022 the sanctioned copper projects amounted to only 2,63,000 tons, the lowest approval in the last 15 years. “…even the extraordinarily high prices seen earlier in cannot create sufficient capital inflows and hence supply response to solve long-term shortages,” it said.

IG Bank said, “China restocking its inventory that had diminished combined with copper’s increased appeal through greener renewable energies could bode well for prices in 2023.”

ING Think, however, said the demand for industrial metals has been hit by surging coronavirus infections in China following “an abrupt exit from Beijing’s zero-Covid policy”.

On 2022, Fitch Solutions said competing supply and demand factors caused considerable volatility in copper price in 2022. “Prices weredriven to an all-time high of $10,674/tonne on March 4 by concerns over supply disruptions after Russia’s invasion of Ukraine,” it said. .

However, prices declined sharply in late April as the global macroeconomic picture worsened and concerns grew over future demand from mainland China in particular. A stronger dollar also capped the demand for the commodity which is traded in the currency internationally, it said.

A rebound in copper demand from Chinese consumers has provided support for prices, attracted by lower rates and the urgent need to fulfill inventory needs in preparation for the looming demand surge expected in 2023, the research agency said.

“We expect the easing of China’s Covid-19 restrictions and the pivot away from its strict zero-Covid policy to boost demand for industrial metals including copper in the coming months, especially as numerous stimulus measures are adopted to support the domestic construction sector. …we see demand rebounding in Q223 onwards,” Fitch Solutions said.

The support of China, the world’s chief importer of copper, for the property sector and the curbing of Covid restrictions will increase demand for the commodity as well, IG Bank said. “In the long term, we see copper benefitting the most from these policy changes given its higher usage in all clean energy technologies,” said Goldman Sachs.

Fitch Solutions said, “In the longer term, we expect the copper market to remain in deficit as the green transition accelerates along with the demand for green metals, including copper.”

IG Bank said, “Copper supply is said to be very low in the global marketplace with suggestions from the likes of Goldman Sachs, Bank of America and Trafigura that the metal should trade in deficit territory through 2023, possibly reaching new high territory in the year.” .”