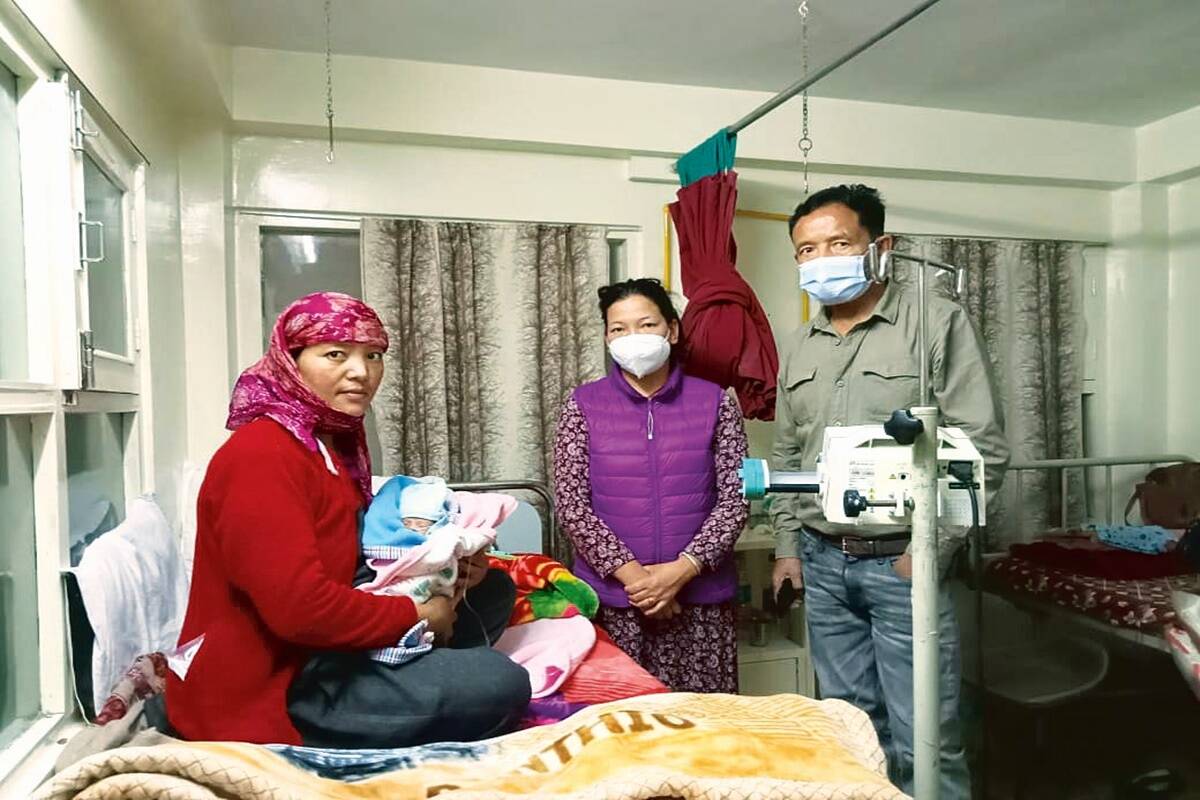 A mother and her newborn baby are getting a new lease on life in a remote village in Himachal Pradesh, thanks to telemedicine.

Telemedicine is said to be the next big thing in healthcare. It’s hot right now (and not exaggerated as skeptics call it) simply because digital health significantly enhances traditional means of treatment and delivery of care, as evidenced by this real-world example. In an outstanding achievement of emergency delivery at over 12,000 feet in Kaza, the Telemedicine Program of the Government of Himachal Pradesh in association with Apollo Telehealth has demonstrated its absolute dedication, commitment, humanitarian approach and ability to save two lives – a mother and a child in critical condition. From providing detailed patient histories to doctors thousands of miles away to diagnosing patients to providing a treatment line and around-the-clock monitoring, telemedicine has eliminated the possibility of any kind of fatality.

The mother, a 27-year-old female, was admitted to the Community Health Center (CHC), in Casa, and was diagnosed with aproteo-placental disease (premature placental abruption). While performing a caesarean section to deliver the baby, the mother developed postoperative bleeding complications. Alpha Kakkar, an obstetrician and gynecologist at Apollo Hospitals who was consulted for the management of complications, said, “We obtained a detailed patient history, did a thorough examination via telemedicine, and diagnosed the case as PPH. Next, we advised a treatment line for management. The clinical complications of the patient also began to show effects on the baby as the birth was premature and the baby was born with a low birth weight.In addition, the baby was discolored to bluish at birth.To stabilize the baby’s condition, cardiopulmonary resuscitation (CPR) was advised for 2 minutes Other emergency clinical management procedures followed. After CPR and emergency care, the baby was transferred to the neonatal unit. However, the baby continued to have intermittently low blood sugar levels.”

As the child’s condition continued to deteriorate, a telephone consultation with Senior Pediatrician Latha Vishwanathan of Apollo Hospitals was organized. A detailed assessment of the child was performed by the pediatrician and the staff were advised to administer intravenous fluids and nasogastric feeding; Monitor oxygen saturation and blood glucose levels (RBS) regularly and measure body weight daily. Round-the-clock monitoring was conducted by Apollo and government officials to ensure oxygen was managed based on saturation levels. However, the child’s blood sugar levels continued to drop significantly and a teleconsultation with the pediatrician was organized again for clinical intervention. The child was monitored by a government emergency physician, under the supervision of a senior Apollo pediatrician.

Vishwanathan said, “While the condition of the mother and baby was getting worse, the Medical Officer (BMO) in Kaza asked our telemedicine staff to accompany the mother and baby. However, the roads were closed and it took time to organize the transportation to the higher center. Until then, we kept We monitor the child around the clock. This was only possible due to the telephone emergency which allowed access and support for the child otherwise it could be fatal.”

Evidence-based intervention at those crucial moments improved long-term outcomes for these fragile patients. Using cameras and connective devices, Casa health care staff communicated with treating physicians and pediatricians to monitor vital signs, ask questions, validate diagnoses, examine X-rays together, and have physicians note the progress of treatment. The mother and baby were taken to Mission Hospital in Manali just after six days of round-the-clock monitoring via telemedicine services. Mother and child were stabilized one day after the initial treatment procedures.
“Apollo Hospitals Group is the pioneer of telemedicine in the country, providing emergency healthcare services to people in remote areas of the country through Apollo Health,” said Sangeeta Reddy, Joint Managing Director of Apollo Hospitals Group. “It has saved lives in both urban and rural areas of the country amid the Covid-19 pandemic as well, and this incident in Casa will be an inspiring story for the entire Apollo group in times to come.”