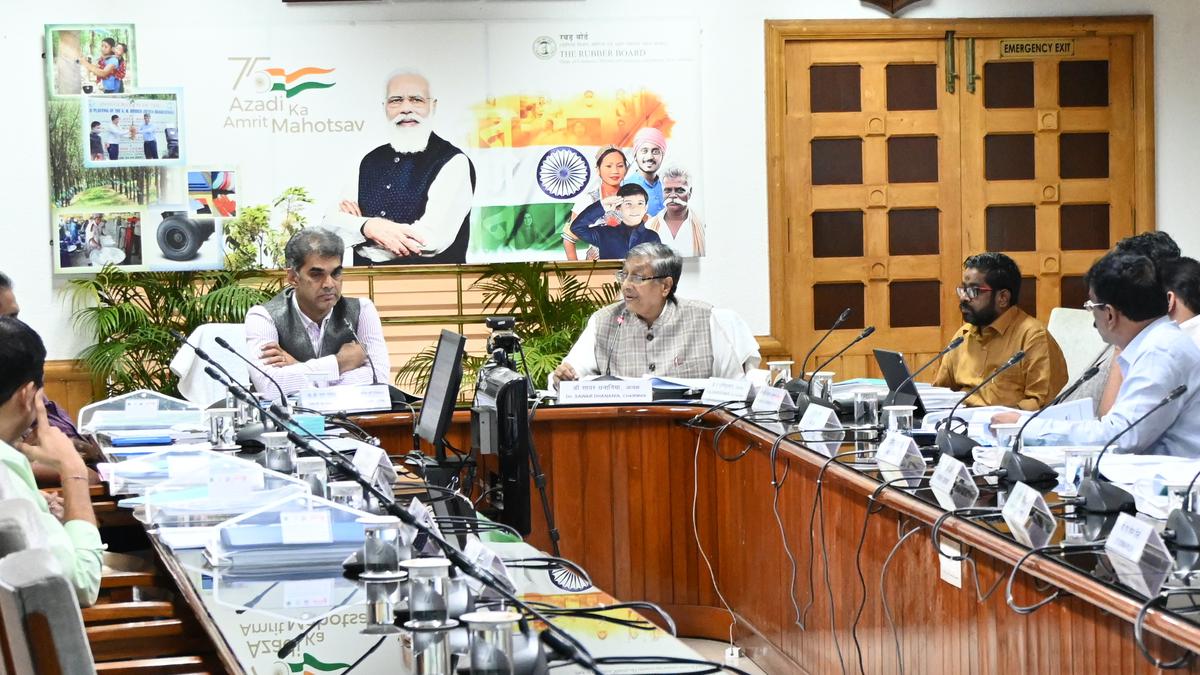 The Rubber Board will continue efforts to stabilize natural rubber prices with the cooperation of allied sectors, said the board’s chairman Sawar Dhanania during his presidential address at the 183rd board meeting.

The Union Government has banned the import of scrap rubber as farmers are grappling with falling rubber prices. The board has requested the Center to raise the import duty on compound rubber. If rubber producer societies have modern warehouses with ample storage, then farmers can store their produce when prices fall and sell when the domestic market improves, he said.

The Furniture and Fittings Skill Council has the latest technologies in wood processing and designing. The Rubber Board can use this expertise to tap the potential of the rubber wood industry, he said.

The Rubber Board has been conducting grower meetings in various regions on ‘farmer producer organizations’ (FPO) and their scope in value addition. It can engage in MoUs with the Indian Council of Agricultural Research, Council of Scientific and Industrial Research, Indian Institute of Technology, Indian Council of Forestry Research and Education, and so on, to explore opportunities for natural rubber in their related areas, Dhanania said .

KN Raghavan, Executive Director, presented a status report on natural rubber for the period April to November 2022. Domestic production from April to November is provisionally estimated at 517,000 tonnes, which is 14.9 per cent higher compared to 450,000 tonnes during the corresponding period last year. . The board’s efforts in promoting rain-guarding, disease control, adoption of untapped areas and so on had contributed to the increase in production, he said.

The revised projection for production and consumption in 2022-23 is 830,000 tonnes and 1,310,000 tonnes, respectively. Import of natural rubber increased to 378,481 tons from April to November compared to 343,604 tons during the corresponding period last year. Raghavan said 89 per cent of the imports were in the form of block rubber.