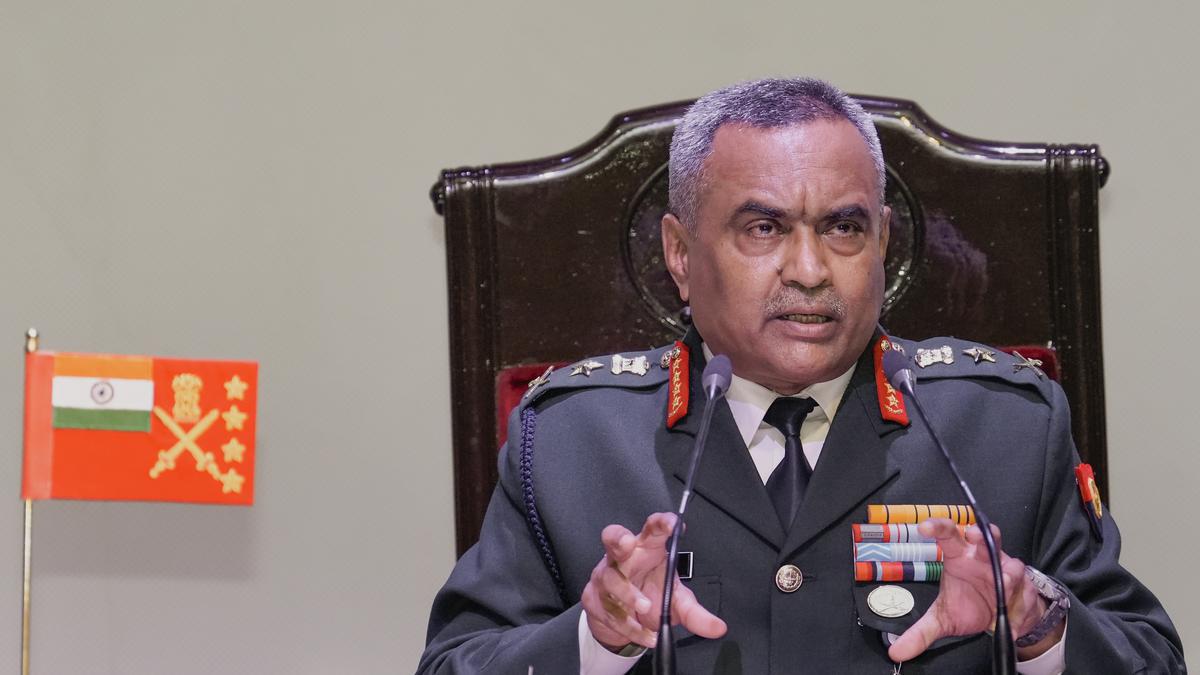 Ahead of Budget for FY24, the Army chief General Manoj Pande on Thursday said that his force has utilised 72 per cent of the ₹30,000-35,000 crore capital budget allocated and insisted that funds won’t be a constraint to meet challenges posed by adversaries.

The Army is looking to transform itself, Pande said, to meet ‘security challenges’ from the ‘immediate neighbourhood’ and seeks optimization of resources by exploiting the potential of ‘disruptive technologies’ but at the same time striking a balance with legacy systems.

Speaking to media at the Army’s annual press conference, General Manoj Pande said, “the government has assured that whatever is the budgetary requirement, it will be met.” Last year, according to him, Army’s capital budget was between ₹30,000 crore to ₹35,000 crore. Some of it the Army could not use due to Covid pandemic and vendor issues, the General said. He pointed out that the army has been able to use 72 per cent of the capital budget and the rest will be done by financial year end. “If need be, we will ask for more funds,” General Pande told the media.

The total defense budget for 2021-22 financial year was enhanced to ₹5.2-lakh crore and 68 per cent of capital procurement budget was earmarked for domestic industry to promote self-reliance and reduce import dependency. Senior Army officials stated that 75 percent of over 20 contracts concluded in this financial year went to domestic vendors.

It is learned that the Defense budget outlay will see another hike as the government has to sign pending procurement of fighter jets for the Navy among other big ticket purchases as the Army and Air Force are keen to meet operational enhancement capabilities.

Impacted by the extended conflict between Ukraine and Russia, which owes large part of Indian forces armament inventory, the Army chief said they have a plan for alternative sources of supply to successfully overcome such challenges. There were forty such cases, especially in air defense where supplies got affected due to the Russia-Ukraine war, he pointed out.

Much of the spending Army is doing is to overcome legacy systems which as of now, said General Pande, occupies 45 per cent of Army’s weaponry. While it has 41 percent current systems and 12-15 percent modern, it’s elaborated.

By 2030, we will have 35 per cent current systems and 40 per cent state of the art systems, he stated. The shift is also being achieved through integration of new technologies on old platforms and indigenous firms are being encouraged to offer solutions, he commented.

The Army’s optimisation and right sizing initiatives are also carried out of 86 recommendations of a committee constituted for restructuring of the tri-services. Of that, the Army chief stressed 68 have been completed and rest will also be done.

The Army is also trying to exit some of the branches and source work. Animal transport is one area, stated the General, where Army is contemplating replacing current transport facilities with logistical drones. “By 2030, we will have 30-35 per cent of current transport systems. Similarly, we are also looking at how to downsize elements of human resources and ordinance supply chains to make them more efficient and meet better challenges,” the Army chief said on the futuristic aims of the force.