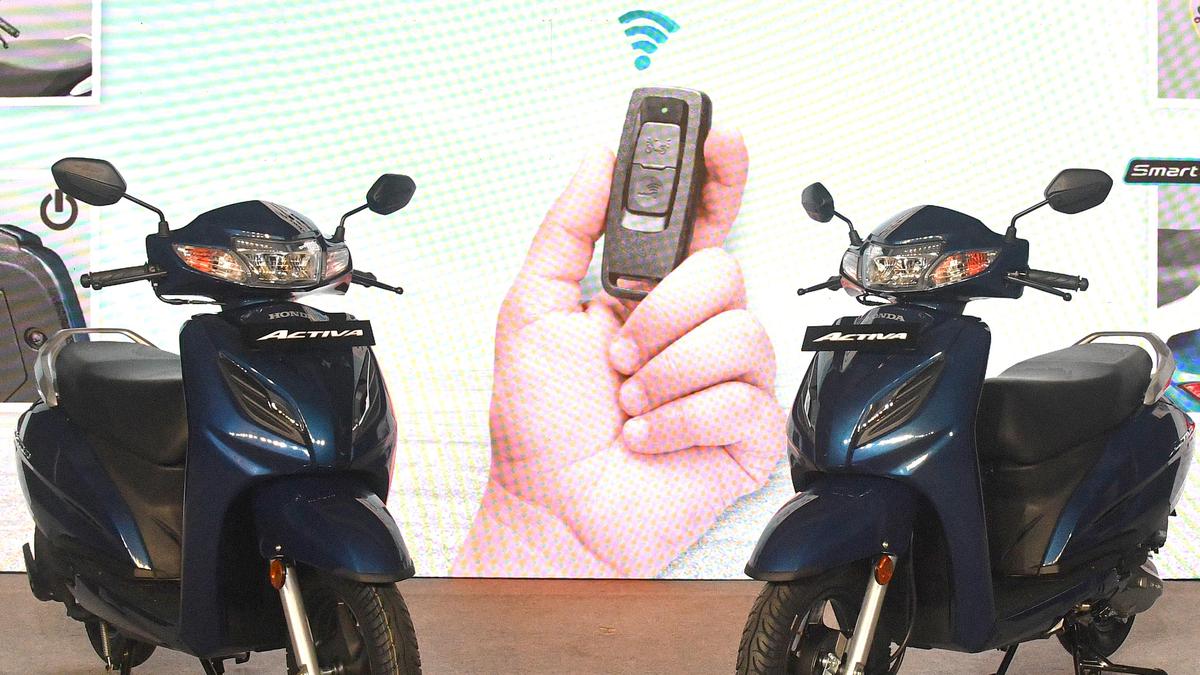 Honda Motorcycle & Scooter India (HMSI) on Monday said it is closer to launching its first electric scooter in March 2024, for which it is also working on charging infrastructure across the country.

It will not be far away from the launch of the first model. So, in a very short period, we will launch new products… The concept is futuristic Activa. We will launch a mid-range electric scooter first and then a high-speed one,” Atsushi Ogata, MD, President and CEO, HMSI, told reporters here on the sidelines of a new Activa launch.

Ogata said the first EV will have a fixed battery while the second one would come with a swappable battery system. When asked about the company’s late entry into the EV segment as opposed to its competitors, he noted that HMSI was focused on “making the company’s constitution strong in the last three years”, especially around charging infrastructure.

Currently, the company has over 6,000 outlets of its own and depending on the market situation, will take a call on expanding it.

The company is also looking at consolidating its position in the entry-level motorcycle segment with the introduction of a 100-cc bike next month, said Ogata. It has only a few motorcycles in the commuter segment right now (100-125cc), including ‘CD 110’, ‘CB Shine’ and ‘SP125’.

Talking about rural market demand and overall two-wheeler industry in the country, Ogata said he expects the market to hit the peak of 20 million in volumes by 2028 again, from around 16 million right now.

From April this year, vehicles will need to have an OBD device to monitor the real-time driving emission levels. The device will constantly monitor key parts for meeting emission standards such as the catalytic converter and oxygen sensors, to keep a close watch on emissions. In a scenario where the emissions exceed the parameters, the device will indicate through warning lights that the vehicle requires a service.