Index forecast: Will Sensex and Nifty 50 advance before Diwali? 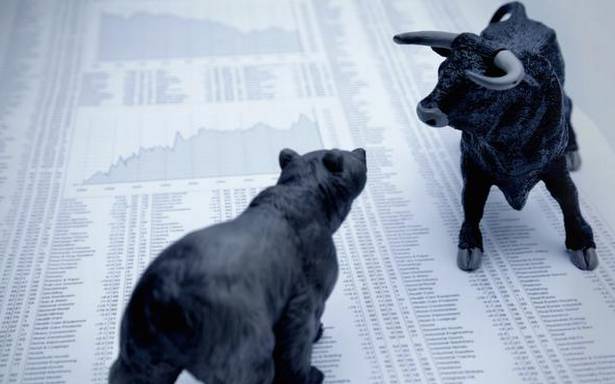 Indian indices started the week on a positive note, recovering some of the losses incurred in the previous week. But the lack of strong follow-up buying halted the recovery and led to a sharp drop at the end of the week. Sensex and Nifty both fell below key support levels at 60,500 and 17,940 respectively and closed on a weak note. Sensex shares are down 2.49 percent and Nifty 2.45 percent during the week.

Among the sectoral indices, the BSE Power fell 4 percent. It was followed by the BSE Bankex and BSE Oil and Gas Index. Both are down more than 3 percent each.

The next week is deducted with only 3 trading days. Indian markets are closed on Thursday and Friday for Diwali. Therefore, the Indian markets will have an impact on the outcome of the US Federal Reserve meeting scheduled for Wednesday evening next week only.

Although a slight recovery and consolidation is possible in this clipped week, the broader picture is turning weak and chances are high for a further decline in the weeks following Diwali, if not immediately.

Strong selling from foreign portfolio investors (FPIs) weighed on the indices. Data from National Securities Depository Limited shows that FPIs sold $1.497 billion in the equities sector last week. This is the highest weekly flow since May last year. If FPI continues to sell further, Sensex and Nifty will likely fall further.

next week: Immediate support at 17500. This is likely to continue in the first test and a retracement move to 18000 or 18200 is possible in the near term. The index is likely to trade in the 17500-18200 range this week. The broader bias will remain weak. As such, a break above 18200 looks less likely, and chances are high for Nifty to break 17500 and fall further in the coming weeks after Diwali.

Sensex attempted to rebound towards 62000 as expected. But the lack of a strong follow-up to buy pushed the index from the highest level at 61,577 to close the week below the psychological level of 60,000. The Sensex fell 2.49 percent last week.

Medium term outlook: A sharper correction within the medium term uptrend will come into play on the break below 59,000. The next targets will be 58000 and 57000. As we mentioned last week, the medium term uptrend will only be threatened on a break below 57000. It will indicate like this The breakout to a reversal and the pull of the Sensex to 56000-55000. As such, the price action at 57000 will need to be watched closely to see if the indicator can bounce back strongly from there.

Nifty Bank started the week on a positive note. It broke above the key resistance at 40.800 and rose to a high of 41828 on Monday. After remaining stable above 40,800 in the next two days, the index lost ground and retreated to close the week 3 percent lower. The recommended long trades were stopped last week.