India’s net oil in the second quarter rose 2 per cent at Rs 6,360 crore 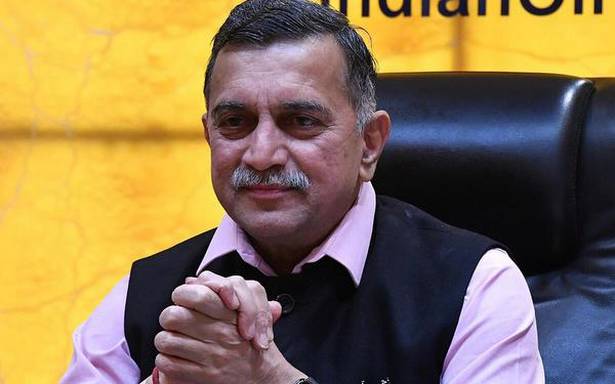 The Indian Oil Corporation (IOC) Saturday announced a 2 per cent increase in net profit for the second quarter at ₹6,360 crore compared to ₹6,227 crore in the corresponding quarter of FY21 on account of a higher refining margin.

Meanwhile, net profit for the six months ended September 30 was higher at Rs.12,301 crore compared to Rs.8,138 crore during the corresponding period, mainly due to higher inventory gains and higher refining margins during the second quarter.

The company said that its board of directors has declared an interim dividend of Rs 5 per share (face value of Rs 10 per share).

IndianOil sold 40.506 million tons of product, including exports, during April-September 2021. Refining throughput for the first six months of FY22 was 31.996 million tons, and the company’s pipeline network throughput was 39.408 million tons. IndianOil’s CEO, SM Vaidya, said in a statement that gross refining margin (GRM) for the period was $6.57 per barrel compared to $3.46 in the corresponding period of the previous fiscal year.