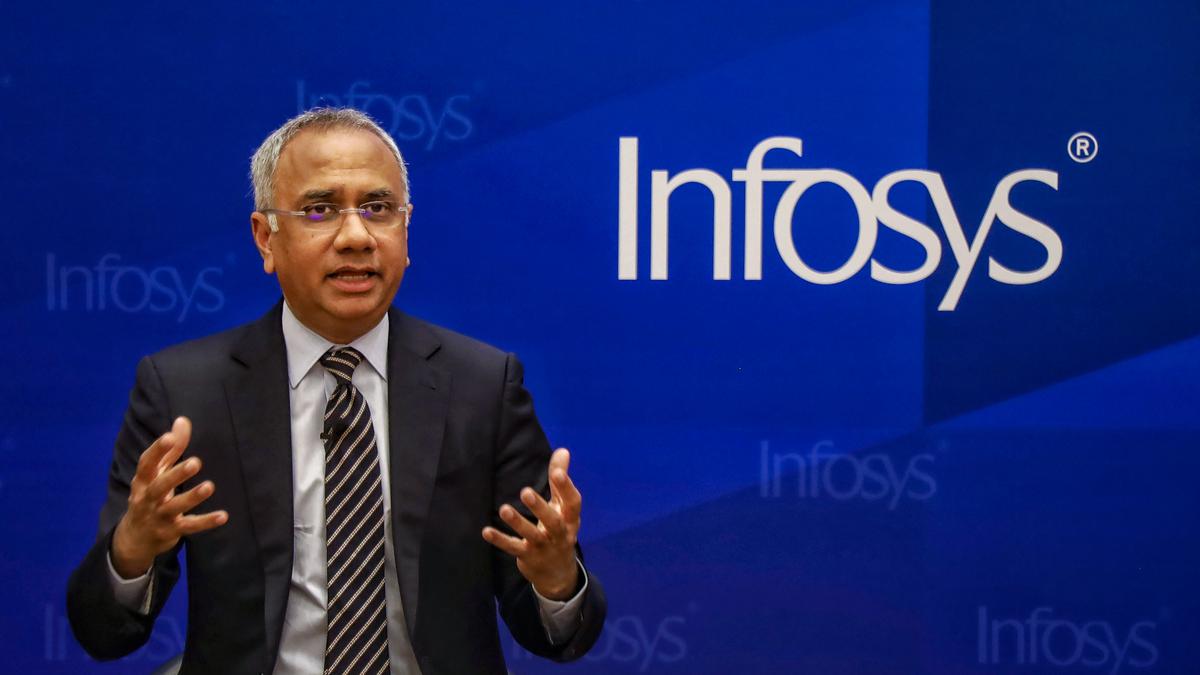 In a seasonally weak quarter, IT major Infosys has reported a 13.4 per cent year-on-year (YoY) rise in third quarter net profit at ₹6,586 crore, exceeding street expectations. On a sequential basis, the profit rose 9.38 per cent from ₹6,021 crore in the last quarter.

Revenue from operations stood at ₹38,318 crore, a 20.2 per cent increase YoY. On a quarter-on-quarter (QoQ) basis, the revenues increased by 4.8 per cent from ₹36,538 crore, last quarter. In constant currency terms, its revenue rose by 13.7 per cent YoY and 2.4 per cent QoQ. Digital comprised 62.9 per cent of overall revenues and grew at 21.7 per cent in constant currency.

The guidance for FY23 has been marginally increased and revised to 16-16.5 per cent from 15-16 per cent. The operating margin guidance has been retained at 21-22 per cent, as expected.

Our revenue growth was strong in the quarter, with both digital business and core services growing. This is a clear reflection of our deep client relevance, industry-leading digital, cloud, and automation capabilities, and our employees’ unrelenting dedication,” said Salil Parekh, CEO, and MD.

Talking about the demand environment amidst macroeconomic headwinds, Parekh said, some areas such as mortgages, investment banking, financial services, telecom, high tech and retail are more impacted. This is leading to delays in decision-making and uncertainty in spending in these areas. “We’re confident that the strength of our capabilities will continue to position us well in this market, and we are keeping a close watch on the global economy,” he added.

The operating margin was flat sequentially at 21.5 per cent and saw a decline of 2 per cent YoY. “Operating margins in Q3 remained resilient due to cost optimization benefits which offset the impact of seasonal weakness in operating parameters”, said Nilanjan Roy, Chief Financial Officer. He mentioned that the net benefit of about 40 basis points (bps) was from cross-currency and 70 bps from cost optimization.

Biswajit Maity, Principal Analyst at Gartner, said, “It was expected that Infosys’s recent growth would continue. Due to Infosys’s enhanced capabilities in digital transformation, customers are more confident to do business with them.” Maintaining its growth momentum requires Infosys to focus on customer experience and attention rates which could hinder its growth, he added.