Interior Minister: The Center will take steps to stop the privatization of cooperative sugar factories 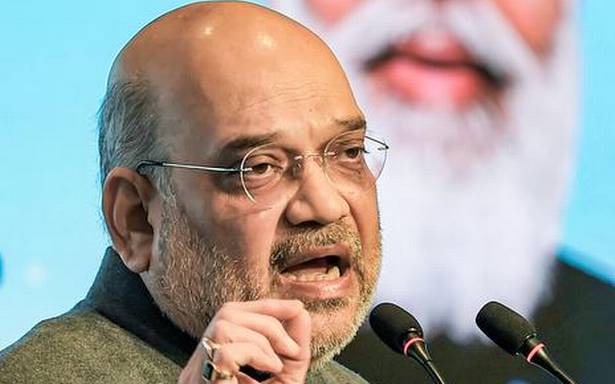 Union Home Affairs and Cooperation Minister Amit Shah said on Saturday that the center will do its utmost to stop the privatization of cooperative sugar factories. He also warned the Maharashtra government that he would not be a silent spectator on the moves of the state government in sugar cooperatives.

Shah was speaking at the Co-operative Conference in Loni in Ahmadnagar district where India’s first co-operative sugar mill appeared.

We will do our best so that the cooperative sugar mill can continue to operate. Shah said the government will make an effort to avoid a situation where cooperative mills are converted into private mills. Attacking the Shiv Sena led government in Maharashtra Shah, she said the state government is helping certain sugar mills and not extending loan guarantee to opposition run mills.

The state government must rise from politics. “I will not be a silent spectator of this biased approach,” Shah warned.

Shah’s statement comes against the background when several cooperative sugar mills reeling under debt burden are auctioned off by the Maharashtra State Cooperative Bank (MSCB) and state politicians are buying up these mills. Farmers smell a “plot” to turn the co-op mills into a private venture to take over the mills’ assets along with sprawling plots of land worth several crore rupees. Over the past few years, loss-making sugar mills have been auctioned off by MSCB to recover loans, but the auction process has been under the scanner.

Maharashtra cooperative is in bad shape

Amit Shah launched a direct attack on the Congress and the National Congress Party (NCP) led by Sharad Pawar (NCP) which controls the cooperative sector of Maharashtra. “Once the central banks of the Maharashtra region were considered exemplary. What is the situation today? How did the corruption of thousands and crore happen? Did the RBI do that? “No,” Shah said.

He said that many of the co-operative mills in the country have been turned into private and many of the co-op mills are in poor condition. Shah said the union government is helping the cooperative sugar mills in every possible way. Soon, he added, the Reserve Bank of India would give permission for escrow accounts.

He said that the government will consult experts to renew the banking sector, as all reports of expert committees gathered dust without implementation.

The minister emphasized that the government was planning to establish a cooperative university. “We are in the process of changing the multi-state cooperation law and introducing a new cooperative policy,” Shah said.