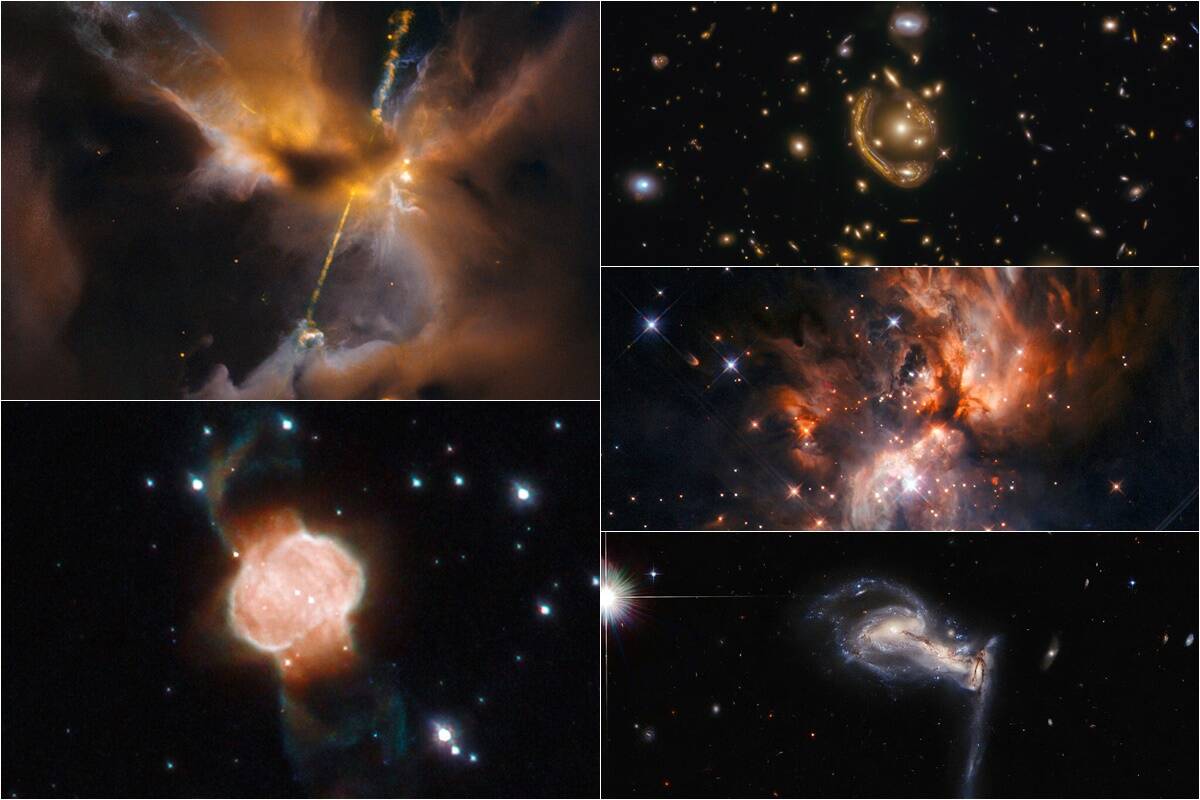 Halloween 2021 in space: It’s Halloween and all things unknown get even more awesome this time of year. The world seems to get a scary filter and even ordinary everyday things look scary if they are looked at seriously enough. But there is one mysterious aspect that grabs everyone’s attention: outer space. The mystery and the unknown are really cool and, let’s be honest, a little scary. Add Halloween to the mix, and we’ve got some pretty scary phenomena going on. And so, this Halloween, we have a very special mix for you: the scariest outer space that NASA’s Hubble Space Telescope has ever seen! So grab your spooky filters and read ahead!

For the first frightening image from space, we have a huge phenomenon resembling a giant snake. At first glance, this image taken by the Hubble Space Telescope looks like a large snake – whistling with its tongue out. What is, however, is an exciting trilogy of galaxies. Hubble has captured three galaxies interacting with each other and immersing themselves in a triple gravitational war. It features the Arp 195 system, which includes these most unusual and fascinating galaxies in our vast universe.

A monster with glowing eyes and faces is what one sees when they see this picture for the first time. And as much as we want to believe that’s what it is (we think the spirit of Halloween gets to us after all!), it’s as capturing the “Einstein ring.” In this Hubble image, a distant galaxy is greatly enlarged and distorted. According to NASA, the distortion is caused by gravitationally distorted space, and the galaxy is located 9.4 billion light-years away from us Earthlings.

We firmly believe that these two dragons or two lions or maybe a lion-dragon hybrid are fighting fire with fire in space in a devastating battle. But our imagination could not be further from the truth! The image actually looks at star-forming regions or star nurseries. The image is located in the constellation Gemini, and is centered around the formation of a massive star. Stars are formed in a dusty environment, and this cloud of dust prevents starlight from reaching us. What illuminates the image is the starlight that finds the gaps in this dusty cloud and reaches the Hubble eye. Intimidating as it may sound, it’s a stunning picture when fully understood.

The following image appears to be of a giant man spitting a fireball out of his mouth, and that fits nicely into our Halloween theme! However, it is actually a bipolar planetary nebula spotted by Hubble in the constellation Scutum (The Shield). In the center is a star (what a ball of fire though!), and it emits from its outer layers in large quantities, causing the formation of a cloud of gas and dust of the amazing nebula.

The huge black wings and golden wand with a somewhat elongated face could only be the Angel of Death, right? This is how it should be! But apparently, we’re way off the mark…again! Hubble captured this image here in the Milky Way, a birthing ground for new stars. About 1,350 light-years away, the Herbig-Haro object was captured in 2015 and is associated with newborn stars.