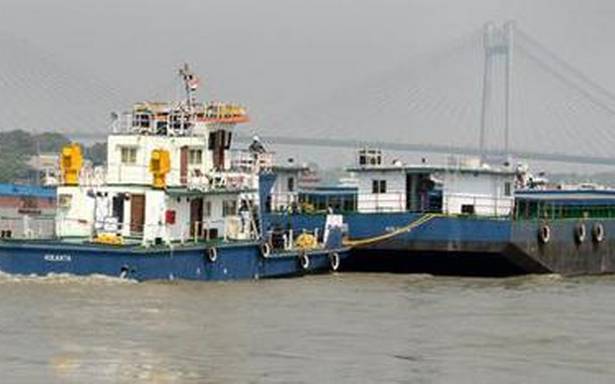 The Inland Waterways Authority of India (IWAI) has awarded a 10-year contract to IRC Natural Resources Pvt Ltd to operate the intermodal river terminal at Haldia on National Waterway 1, tasting success in the privatization of one of these three facilities set up with the World Bank funds.

“The contract award letter was issued to IRC Natural Resources on December 17,” a government official said. “The concession agreement for the contract will be signed in due course,” he added.

IRC Natural Resources has outperformed Adani Group and DP World Ltd to graduate from the top bids in a tender issued by the Indian Waterways Development Agency for the privatization of the intermodal river terminal at Haldia.

IRC Natural Resources has moved the highest royalty of Rs 105 per tonne of cargo handled at Haldia MMT to be paid to IWAI in global tender.

Adani Ports and Special Economic Zone Ltd (APSEZ) has quoted equity of $80 per ton, while Hindustan Infralog Private Limited (HIPL), a joint venture between Dubai government-owned DP World and the National Investment and Infrastructure Fund of India (NIIF) has put ), offering a royalty rate of $43 per ton.

“IRC Natural Resources surprised everyone with its aggressive attempt. By quoting low, other bidders were trying to grab government money,” said a person familiar with the matter, referring to concerns in some quarters that the project might be derailed by the high royalty Transmitted by IRC Natural Resources.

Haldia MMT, which has a capacity to handle 3.26 million tons of cargo annually, is privatized under the EOT model. IWAI built the Haldia facility with an investment of Rs 465 crore. The winning bidder will have to install and operate the facility’s cargo handling equipment.

Haldia’s contract has a 10-year franchise period with a five-year extension.

The intermodal terminals at Haldia, Varanasi and Sahibganj were built by the Indian Waterways Development Agency as part of the Jal Marg Vikas project, stretching 1,390 km from Varanasi to Haldia along the Ganga River, with a $375 million loan from the World Bank.

IWAI has made three unsuccessful attempts to privatize the multimedia terminals Varanasi and Sahibang.

“IWAI is working on reworking the Varanasi and Sahibganj projects before issuing new bids,” the government official said.