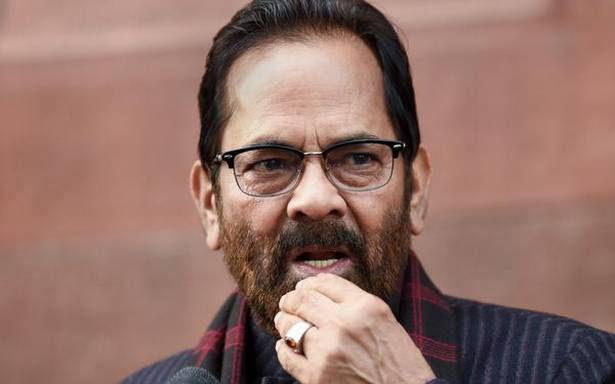 Addressing an event in New Delhi marking Minority Day, Naqvi said those who opposed making the social evil of instant triple divorce a crime or raised questions about removing restrictions on Muslim women traveling alone for Hajj are “professional protesters” of the essence of the Indian constitution.

Naqvi notes that, on the one hand, believers of nearly all world religions live in India; On the other hand, there are a large number of atheists in the country with equal constitutional and social rights and dignity.

He said the government led by Prime Minister Narendra Modi has acted with commitment to “Sabka Sath, Sabka Vikas, Sabka Vishwas and Sabka Prayas” for the past seven years which has ensured major reforms and comprehensive development of all sectors of society, including minorities.

The minister said that the Modi government has provided a trusted platform for artisans and indigenous artisans from every corner of the country through the Hunar Hat. Employment and employment opportunities have been provided to more than seven craftsmen, craftsmen and people associated with them during the past six years.

He also noted that the current government has provided scholarships to about five crore students from six notified minority communities – Parsi, Jain, Buddhist, Sikh, Christian and Muslim. About 50 percent of the beneficiaries are female students. This has resulted in a significant decrease in the school dropout rate among minorities, especially Muslim girls.

The school dropout rate among Muslim girls was more than 70 percent before 2014, and has now fallen to less than about 30 percent. He emphasized that our goal is to make it zero per cent in the coming days.

Secretary of State for Minority Affairs John Barla; Among those attending the event was the National Committee for Minorities and its chairperson, Iqbal Singh Lalpura.