New defense establishments have embarked on an uncertain journey 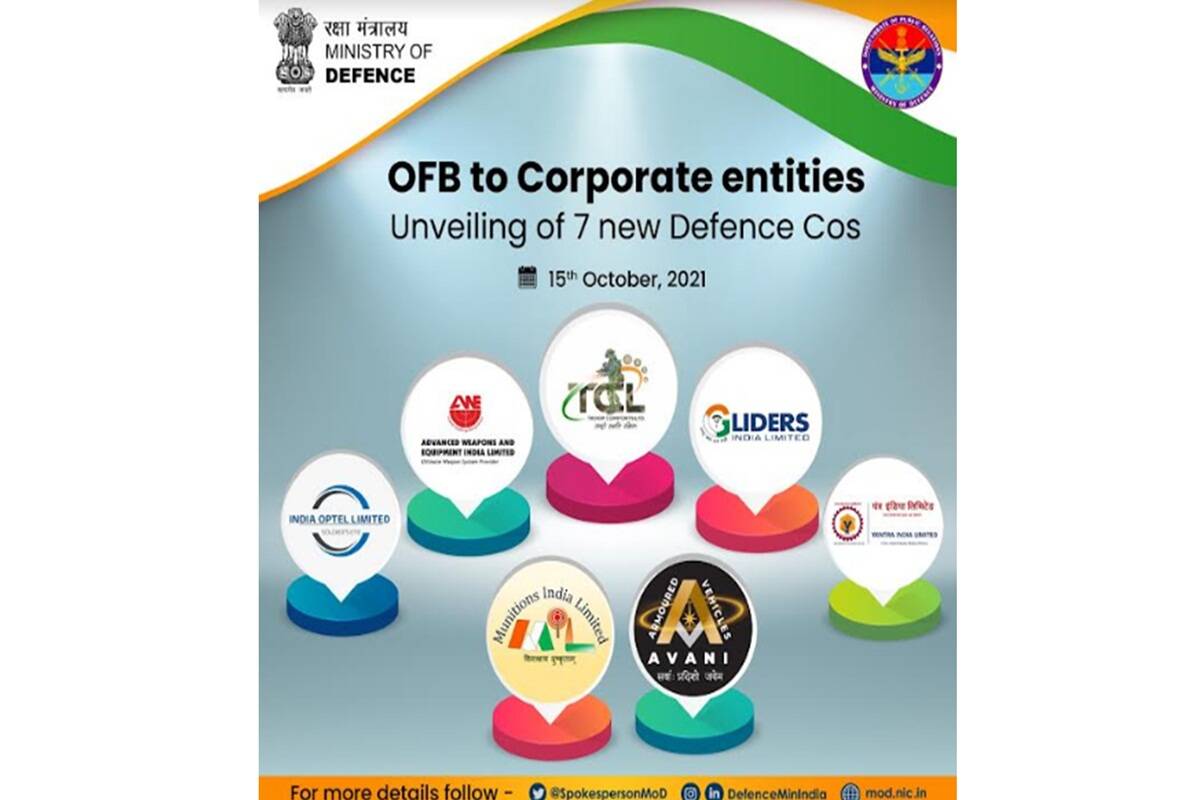 With OFB now turned history, the focus shifts to the sustainability of new institutions and their ability to deliver desired outcomes.

Prime Minister Narendra Modi, who designated seven new defense manufacturing firms to the nation on October 15, said the move would create new opportunities for youth and small and medium-sized businesses. He added that these companies will become “a major base of Indian military power in the times ahead”.

An official statement, issued alongside the press information office, claimed that the move would enhance functional autonomy and efficiency for organizations and unleash new growth and innovation potential.

These inspiring statements mask the fog surrounding the future of new institutions carved out of 41 munitions factories. These factories were managed by the Ordnance Factory Board (OFB) in Kolkata under the administrative control of the Department of Defense Production (DDP). It is a mystery why, despite his direct control, DDP was unable to stop OFB’s slide to the bottom.

OFB was one of the oldest organisations, predating Indian Railways by more than a century. Its history dates back to 1712 when the Dutch company Ostend established the Gun Powder Factory in Ichhapur on the outskirts of Kolkata. OFB Network has grown over the years to become the second largest public sector defense conglomerate in Asia.

With OFB now turned history, the focus shifts to the sustainability of new institutions and their ability to deliver desired outcomes. What the future holds for companies and whether they will truly become the backbone of India’s military prowess depends on several factors, ranging from the question of whether the new companies are here to stay.

This question arises because Finance Minister Nirmala Sitharaman announced in her budget speech on February 1 that the government intends to reduce the number of public institutions in strategic sectors – defense being one of them – to a minimum and the redundant projects will be. Privatized, merged, affiliated with other companies or closed.

With the creation of seven new companies, the total number of defense public sector projects (DPSUs) has increased to sixteen. If the government decides to reduce the number of companies, some of the 16 DPSUs will almost certainly be affected.

While the ax could fall on either old or new companies, some new ones like Troops Comfort Limited (CFL) and Gliders India Limited (GIL) appear to be more vulnerable.

These two companies manufacture clothing and leather products such as military uniforms, winter clothing, tents, umbrellas and boots, apart from equipment such as surfboards and inflatable boats.

The fact that these are low-tech products that the private sector can easily manufacture could influence them when the time comes to decide how to minimize the number of defense establishments. Until the act is carried out, the sword of Damocles will still hang over weak institutions, affecting their performance.

Second, for the foreseeable future, new firms will continue to carry out the orders they already have. Some new orders that the armed forces would have given to the munitions factories might also reach them. Under these circumstances, neither the creation of additional employment opportunities nor the creation of new employment opportunities by these firms appears imminent.

Third, these companies will need large sums of money to modernize production facilities and intensify research and development efforts to design, develop and manufacture superior quality products to stay ahead of their competitors. This is important because sooner or later companies will have to start competing with the private sector to win new contracts and orders to export bags.

Much of the previous Rs 65,000 crore indents placed in munitions mills are being converted into 66 knots. Given that OFB has practically no profit from the sale of equipment and ammunition to the armed forces, the new companies will not be able to generate surplus income, unless they are allowed to renegotiate with the armed forces and include a profit margin in the existing list and future contracts.

The government’s decision to advance Rs 7,100 crore to the new enterprises will also not be helpful in modernizing production and research facilities as they will have to spend this amount to carry out the existing contracts for which the advance is being paid. Thus, it remains unclear where the funds for capital investment by these companies will come from without which they cannot unleash their growth potential and foster innovation.

Fourth, many legacy issues remain to be resolved. Perhaps the uncertainty about the future of officers and workers, which has been transferred en masse from the Office of Financial Operations to the new companies, is the most pressing issue. The decision to carry on with the terms and conditions that applied to them before switching over to the companies over the next two years helped avert an immediate crisis, but this is by no means a permanent solution. It will take a lot of work to solve this problem.

Finally, while the new organizations have already acquired an independent legal status due to OFB, this change by itself cannot enhance their functional independence. New companies will continue to be subject to the administrative oversight of the DDP, often on the verge of intervention.

Through continued criticism of the performance of older DPSUs by the armed forces and many defense analysts, the nature and extent of DDP control requires a complete reorientation. It remains to be seen whether the DDP will be willing to create a framework to reduce its control and maximize the independence of institutions, so that the latter can be run professionally by their management.

(The author is Former Financial Adviser (Acquisition), Department of Defense. Opinions expressed are personal and do not reflect the official position or policy of Financial Express Online.)