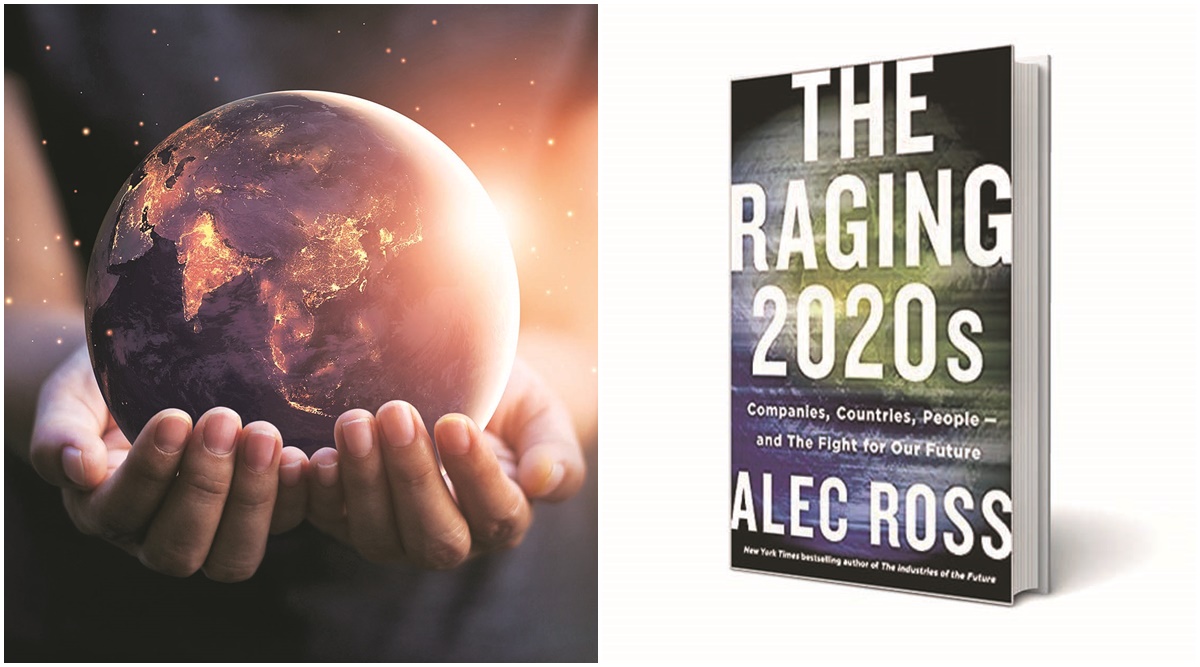 On a global macro level, the most important and urgent takeaway of the Covid year 2020 can be argued the gloom of ‘our future’ – a phrase that forms part of the title of the book under review.

Whether it’s the COVID pandemic still mutating, the irreparable enormity of the climate crisis, or the growing gap between the world’s rich and poor – the list is long and there seems to be no flash of light at the end of this grim tunnel.

Well-known American author Alex Ross is known as an expert on innovation and worked in the administration of former US President Barack Obama. his previous book, future industries, well received and in the current volume, the author takes on a much broader canvas—a canvas that connects the corporate world, the nation-state, and the vast demographic spread across the globe against the backdrop of this decade-next decade.

With his deep concern for the state of the world as it is now and the relentless pursuit by those in power for maximum profit and personal gain, Ross ruminates with the reader on an ontological issue: “You might think that after thousands of years of civilization, we’d analyze how we might work together so as not to We not only survive, but thrive.The harsh truth is that the very essence of humanity is the motives for competition and conflict, and to determine the hoarding of wealth and luxury more by where you were born than by any other factor. where It’s still important.”

The hierarchy of discrimination is multi-layered and distinguishable in relation to the global North versus the South where the colonial cross for nearly half a millennium continues to exacerbate past inequality; And within countries and societies – deeply rooted hierarchical red lines including gender remain stubborn to change despite the advent of modernity and the current technological revolution.

Using the example of the United States to illustrate the extreme flaws in the current global social and economic model, Ross notes that over the past 30 years, “the wealthiest 1% have grown by $21 trillion, while the bottom 50% have grown poorer By 900 billion US dollars. The middle class is stagnant.”

Ross asserts that the social contract that earlier maintained a certain degree of equilibrium is now “out of balance”, and posits that the world’s future “now depends on how this contract between corporations, government, and citizens is redrawn during the 1920s”.

The stated goal of this book is to “identify what went wrong, and then work out how to fix it” and that’s unabashedly ambitious. In six combined chapters, the author reviews shareholder and stakeholder capitalism; How corporations govern billions more people than nations; Laborers; taxes and a hole in the global economy; foreign policy such as whether each company needs its own CIA; and finally the geography of change which examines the competition for power between closed and open systems.

The book adopts a gunslinging gossip style and begins with the author preparing breakfast for his children and how modern life (for the most privileged) allows him to go in less than three hours “from sleeping in my bed to flying across the country,” thus referring to the bewildering complex collection The mind has many inventions and ingenuities that “power our daily lives.”

Each of the issues addressed in individual chapters is worthy of a book in its own right, but thanks to Ross cuts to the chase cleverly—sometimes in a sweeping fashion—but the author’s messianic enthusiasm for making change is compelling.

How big companies have held back small companies is a familiar story, and Ross notes in specific numbers that “established companies eliminate potential competitors before they leave the cradle.” This may be considered as burying corrupt companies!

The perfidy of the corporate-government relationship that now pervades the entire global macroeconomic model with tax havens safely hidden is both familiar and frightening. Technological advances and AI-led data generation will enable citizens to observe the extraordinary scale, not just China, the global panopticon will soon become mainstream.

Can our endangered future be saved? Ross concludes with an upbeat note and a call for “bold action” by citizens, businesses, and governments to reform the current social contract and craft a new one that is compatible with the challenges of the twenty-first century. Is this a feasible and achievable option? My optimism is fragile. The global experience of the past 50 years has been a cruel exploitation of the planet’s natural resources and the most vulnerable segments of society. Deeply rooted human DNA that is inherently acquisition and less altruistic has become greedy even in the global tech trading conglomerate.

Mahatma Gandhi’s ironic remark that the world has enough for humanity’s needs but not greed is the implicit text, unfortunately, of our miserable world.