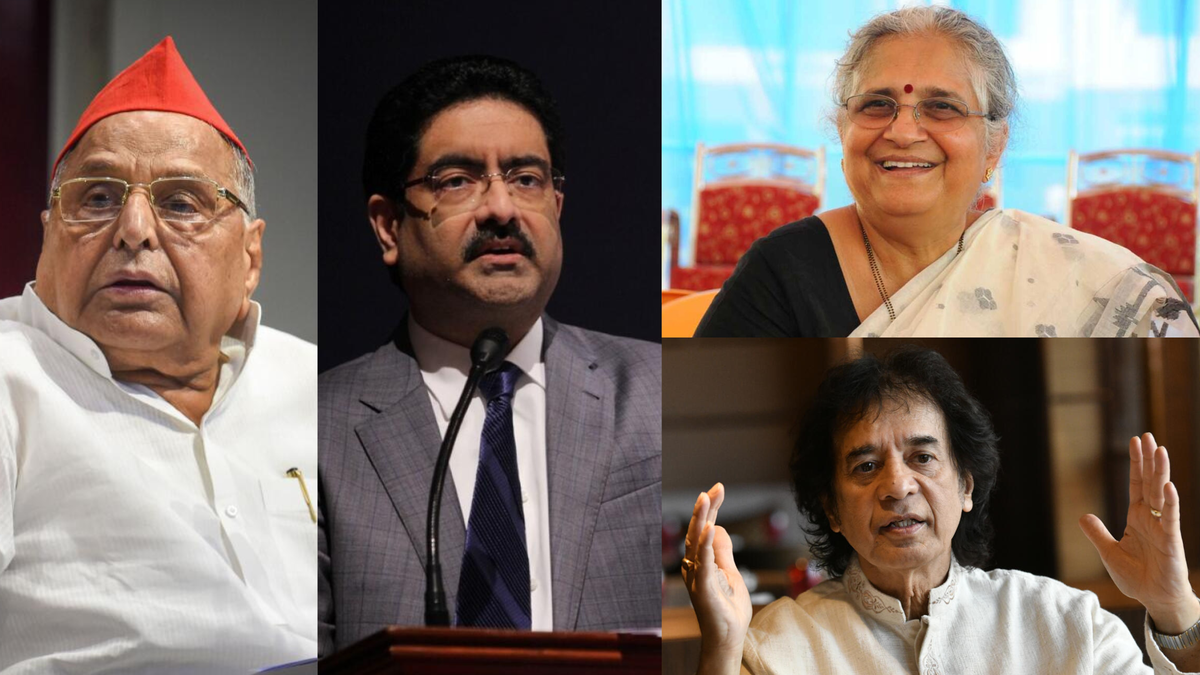 Six Padma Vibhushans, 9 Padma Bhushans and 91 Padma Shris will be conferred. Overall, 19 of the awardees are women and two persons are either of foreign origin, or are NRI/PIO/OCI, said the MHA. And seven, including Samajwadi Party leader and former UP chief minister the late Mulayam Singh Yadav, have won the awards posthumously.

The Padma awardees list is an eye-opener, this time too. From doctors who have saved Jarawa tribe from extinction to social workers overcoming personal grief to treat almost free-of-cost over 3 lakh eye patients and provide free education to 3,500 underprivileged children, the Padma awards is a mark of respect to the outstanding work of unsung heroes.

The list of unsung heroes among the Padma awardees is again an eye opener.

Paediatrician Dilip Mahalanabis, 87-year-old from West Bengal, has been awarded Padma Vibhushan posthomously for pioneering the wide use of Oral Rehydration Solution (ORS), estimated to have saved over 5 crore lives.

Under the Padma Shri category, Ratan Chandra Kar, a retired government doctor from Andamans, who has been working with the Jarawa tribe which inhabits an island 48 km from North Sentinel, has been conferred the award.

According to his citation, he has treated the aboriginals during the measles epidemic of 1999 and brought them back from the verge of extinction and contributed to an increase in their population from 76 to 270, said the MHA.

Another Padma Shri is Hirabai Lobi, a Siddi tribal social worker who has dedicated her life for the betterment of her community in Gujarat. What stood out was her attempt to promote financial independence among Siddi women through her foundation Mahila Vikas Mandal, said the Ministry.

Standing tall among Padma Shri awardees is a 1971 war veteran and a doctor from Jabalpur in Madhya Pradesh — Munishwar Chander Dawar. The retired Indian Army doctor, 76, has been selflessly treating the poor and weaker section of society at an affordable cost of ₹20, up from ₹2 in the 2010s.

For social work, Ramkuiwangbe Newme, who is known as “Hero of Heraka”, has been bestowed with Padma Shri for dedicating his life for the conservation and preservation of Heraka religion.

The Naga social worker established ten primary schools and especially encouraged education of women besides transcribing “Tingwang Hingde of Heraka. In the same category, freedom fighter VP Appukuttam Poduval, known as “Kannur ke Gandhi”, has been working tirelessly and selflessly to uplift the lives of the weaker sections of the society for the past eight decades.

The 99-year-old Gandhian is proponent of Khadi and a well known Sanskrit scholar. Andhra-resident Sankuratri Chandra Sekhar has been chosen for Padma Shri to acknowledge, as the ministry pointed out, that he “channelised personal tragedy into a lifelong seva”.

Overcoming the grief of losing his wife and two children in the Air India Kanishka bombing of 1985, the Kakinada-settled social worker was instrumental in the treatment of over 3 lakh eye patients with 90 per cent surgeries free. Not only that, he provided over 3500 children from weaker sections of society free education, said the government brief on his feat.

Interestingly, the government has also hand-picked two global snake experts — Vadivel Gopal and Masi Sadaiyan for the Padma Shri award for their unparalleled animal welfare efforts. Both hail from the Irula tribe.