People of global South should no longer be excluded from fruits of development: Modi 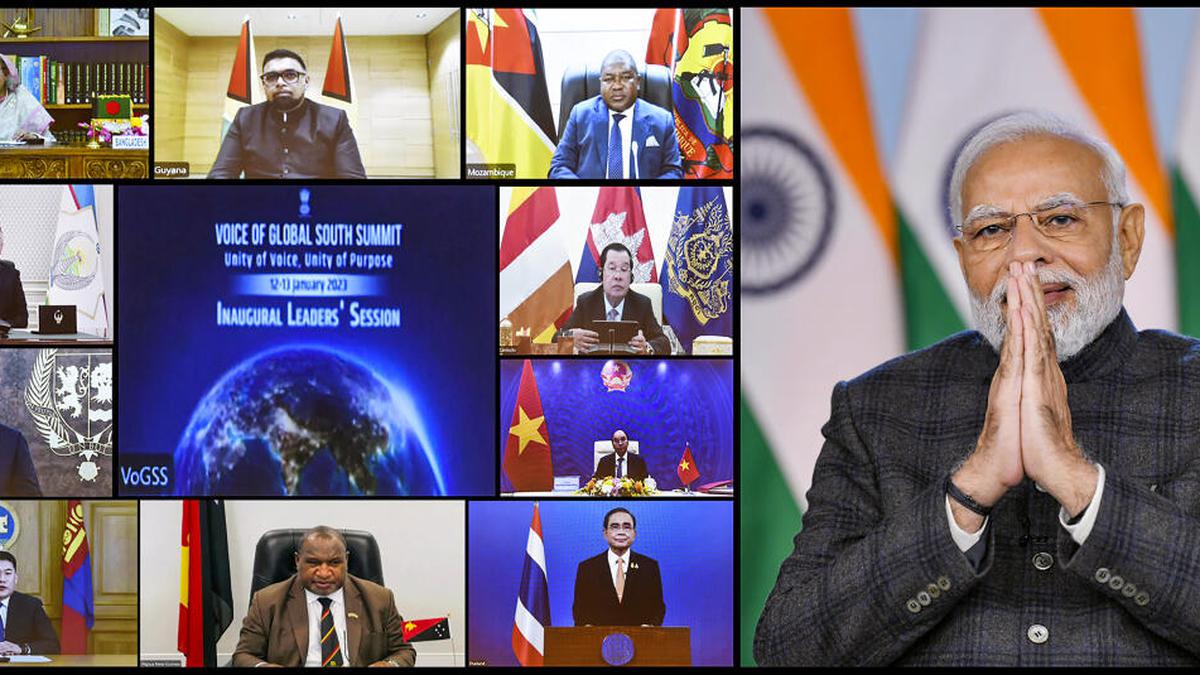 India’s aim is to amplify the voice of the global South during its G20 presidency this year as its people should no longer be excluded from the fruits of development, Prime Minister Narendra Modi has said.

Lack of resources for development needs and increasing instability, both in natural climate and the geopolitical climate, are common challenges on top of minds of developing nations and countries should work together to set the global agenda for action, Modi said at the first ever `Voice of Global South Summit’ organized virtually by New Delhi on Thursday.

Developing nations need to jointly call for a global agenda which is inclusive and balanced, recognizes that the principle of common but differentiated responsibilities applies to all global challenges, respects sovereignty and focuses on reform of international institutions, including the UN, Modi said.

“As India begins its G20 Presidency this year, it is natural that our aim is to amplify the voice of the global South…People of global South should no longer be excluded from the fruits of development. Together we must attempt to redesign global political and financial governance. This can remove inequalities, enlarge opportunities, support growth and spread progress and prosperity,” the PM said.

Top leaders and officials from about 120 countries of the ‘Global South’ will share their priorities and perspectives at the summit on January 12-13, per information shared by the Ministry of External Affairs. The summit is based on the theme ‘unity of voice, unity of purpose’.

While in the 20th Century, the developed countries were the drivers of the global economy, now most were slowing down, the PM observed. “Clearly, in the 21st Century, global growth will come from countries of the South,” he said indicating that jointly developed nations were on a strong ground to set the agenda for growth and action.

To re-energise the world, we should together call for a global agenda of ‘Respond, Recognize, Respect and Reform’, he added.

Discussions at the summit will range from financial development to energy security in developing nations. Our effort will be to distil action-points for the global South – both for what we can do together, and for what we can seek together on the global agenda. The ‘Voice of the Global South’ needs to set its own tone. Together, we need to escape the cycle of dependence on systems and circumstances which are not of our making,” he said.