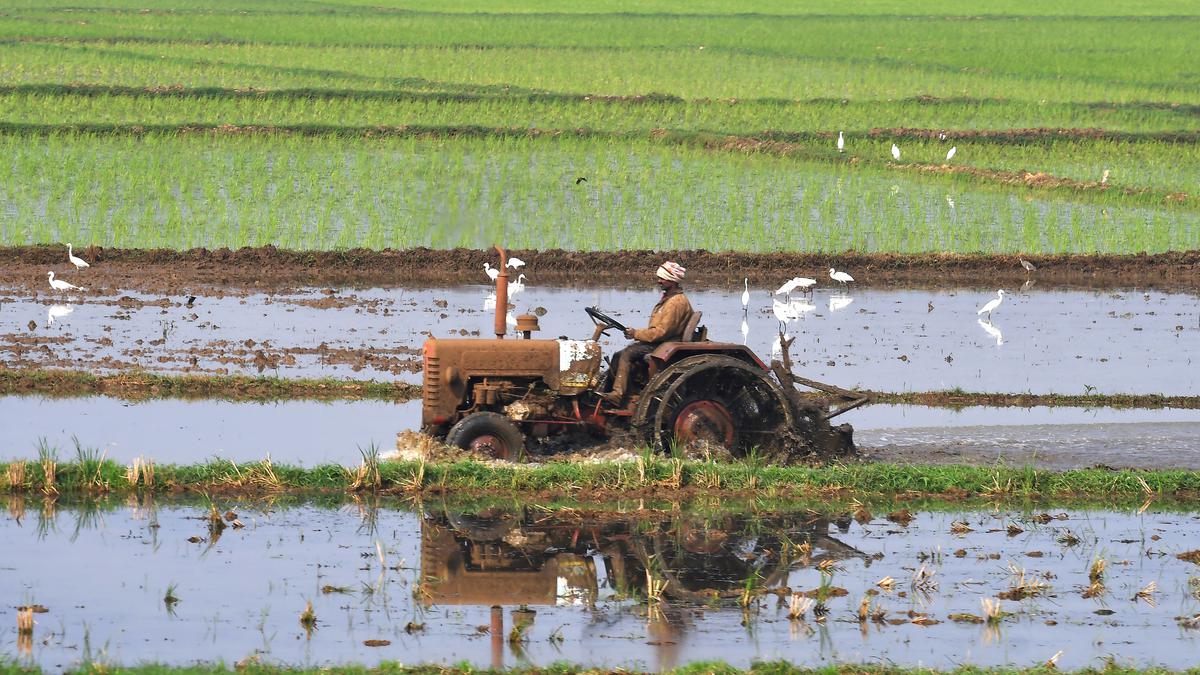 Historically, private sector investment constitutes almost 80 per cent of the capital formation in agriculture, and bank credit is the major driver. The importance of bank credit to boost farm-level investments can hardly be overemphasised.

On the other hand, Central, Eastern and North-East regions account for 43 per cent of the GCA but utilises only 22 per cent of agriculture credit. Cropping intensity, indicative of the potential demand for credit, is now higher in the Eastern and Central regions and the share of agriculture credit in the NE region rose from 0.2 per cent (2000-2001) and currently stands at around 0.75 per cent. This region has immense potential for the development of horticulture and opens doors for increasing our engagement with the Far East.

But why is there a skewered regional distribution in credit? Empirical studies have shown that various factors influence credit uptake across geography. Better infrastructure, law and order boost confidence among banks to lend higher amounts, which partly explains the regional disparities. Incidentally, while deciding the location of branches, banks prefer areas with availability of irrigation and reliable rainfall patterns that keep floods and droughts at bay. Naturally, such locations support low-risk agriculture and higher payment rates.

Currently, India imports 50 per cent of edible oil to meet domestic demand. To reduce dependence on imported edible oil, the government has recently taken initiatives such as the Palm Oil Mission that envisages increasing the area under cultivation. It also benefits the farmers as bringing additional land under oil palm production would increase the demand for credit for cultivation and processing.

Initiatives like ODOP (One District One Product) will link production systems to markets and fit in the framework of value chain financing. The current agriculture credit dispensation is largely individual based, and value chain financing will pave the way for efficient cash flow where risk is shared across the commodity value chain.

Digitisation of agriculture credit has huge potential for value creation and expansion of credit if both production and marketing systems can be linked. The digitization efforts on the agricultural marketing front such as the e-NAM aim to bring about transparency and efficiency in commodities. Such innovation will not only lead to the expansion of credit but also bring about efficiency gains.

Currently, the agriculture credit landscape is heavily tilted towards the production side, marketing and post-harvest requirements are relatively credit-starved (including the product landscape). Digitization along with FPO-based financing can quickly bridge this gap. FPOs can be the critical drivers of value chains with banks and NBFC financing the chain. The credit guarantee fund support for FPO financing is a timely valve that can boost credit flow for FPOs.

Increasingly, start-ups are efficiently targeting and delivering digital products to the agriculture sector through phygital means. It is only a matter of time before these start-ups bring in efficiency gains in terms of how we do agriculture. The success of UPI and its fast-paced adoption across geographies, whether it is rural or urban, has eliminated doubts about the mass adoption of technology. The two factors that matter are relevance and ease of use.

NBFCs can help reach the last mile as they have been using technology intensively as compared to traditional rural financial sector entities. Digital lending is already changing the financial inclusion landscape. Fintech-based credit inclusion has huge potential and can be the most effective catalyst to meet the credit needs of rural areas. The gross advances of NBFC grew at a CAGR of 15.7 per cent for the period 2016 to 2020. During the same period, the advances of the NBFC sector to agriculture and allied activities grew by 12 per cent. The share of agriculture and related activities in the total gross advances of the NBFC sector has fluctuated between 2.38 per cent (2017 and 2018) and 3.06 per cent (2019).

Innovations in agri credit systems by institutions are patchy despite the potential. Measures such as mass loan waivers and interest rate subventions for short-term credit disbursement inhibit innovation. An alternate channel like reconfigured Direct Benefit Transfer (DBT) can deliver subsides to farmers while restructuring/write-off should be an ad hoc option.

The efforts such as digital DBT, UPI for payments, and expanding the digital payment system infrastructure, have definitely increased the digital presence in the rural economy. It is time to leverage these interventions and weave a web of digital products to penetrate the agriculture credit system riding on technology so that it moves to a better system both in terms of expansion and efficiency of credit delivery.

Bhanwala is the former Chairman of Nabard and is currently a Senior Advisor at Omnivore and the Executive Chairman at Capital India Finance Ltd; Mehrotra is the Chief General Manager, Nabard. Views expressed are personal