Preserving the environment – a wake-up call around the world 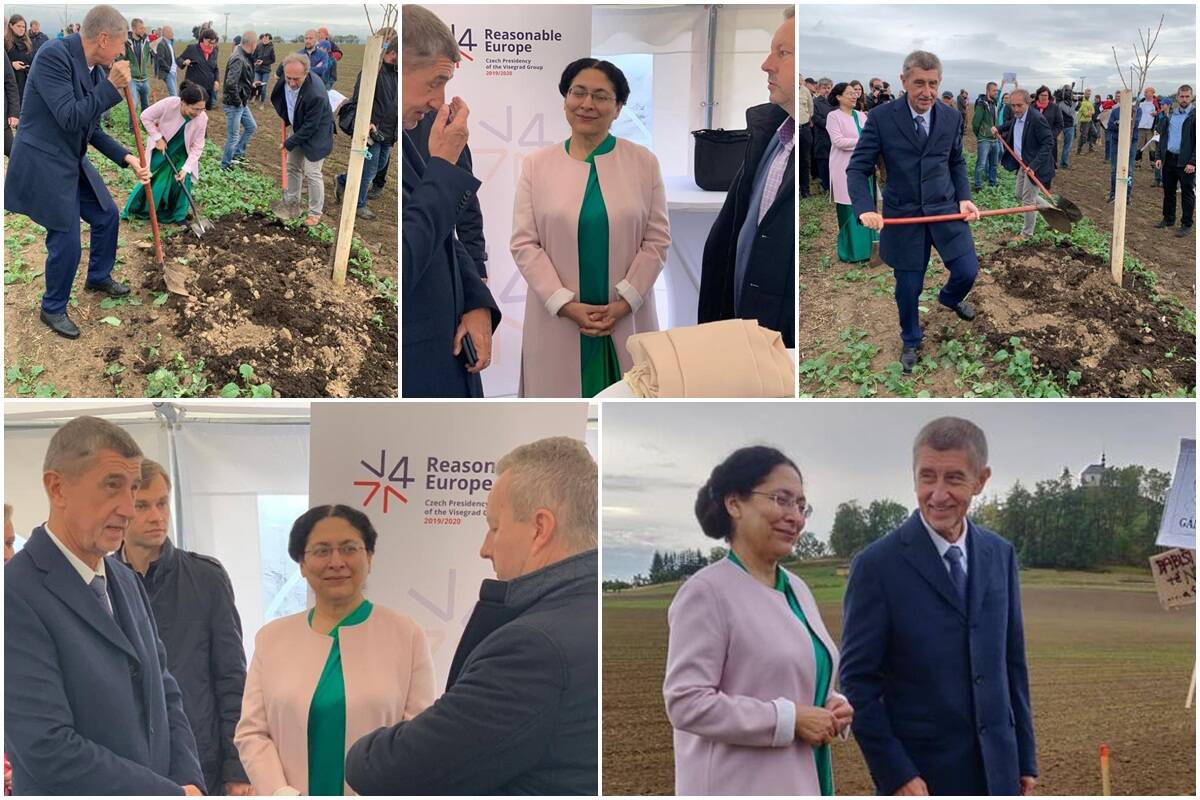 Ahead of the COP26 conference in Glasgow, UK, from October 31 to November 12, 2021, plenty of wake-up calls are being heard around the world. COP26 is an acronym for the United Nations Climate Change Conference of the Parties, and this is the 26th iteration. It is an annual global summit where nations talk about climate change.

The United Nations Development Program has decided to wake everyone up with an exciting announcement created against the backdrop of the United Nations General Assembly (UNGA). A dinosaur makes a boisterous entry into the UNGA Hall, climbs onto the podium and asks, “Would you like to go extinct like me…at least we had the asteroid, so what’s your excuse?” It gives a special warning to anyone who thinks climate action is for birds! Dinosaur tells the bewildered audience: “Humans have stopped making excuses and started making changes to address climate crises. It was a clear call for climate negotiators not just to talk but to have conversations. Much talk has continued including recently of the Quartet meetings, the Indo-Pacific Summit, And the East Asia Summit, the Group of Twenty and so on.

In the year 2018-19, the Government of India has decided to celebrate World Environment Day on June 5th in an exciting way. All Indian embassies abroad have been asked to arrange the planting of 150 trees to celebrate the 150th birth anniversary of the Mahatma.

The Mahatma was an environmentalist despite the absence of the term and the problems associated with it during its time. Thanks to his insight, he was able to imagine things going in the wrong direction. He did not want India to blindly imitate the West. He warned that if India did so, the earth’s resources would not be sufficient for its sheer size and population. He was not opposed to industry, but was against reckless industrialization that polluted the river and the air. He advocated instead a life based on simplicity so that others, too, could live simply. He believed that the earth provides for everyone’s needs, but not everyone’s greed.

Gandhi said that the rich should not only restrict their desires but also use their wealth as a “trust” for the poor and use it for the welfare of the poor. For Gandhi, poverty was the most severe pollutant. Hence, poverty must be eradicated. The “guardianship” was touched upon by both Prime Minister Modi and US President Biden during their official talks in Washington last month. It is this guardianship concept that finds reflection in the demand for the Climate Fund to help poor countries transition to environmentally friendly technologies, so that they do not have to pay the price for the greed of the wealthy that in the first place brought the world to the point of climate crisis.

Planting trees is one of the simplest and easiest solutions to preserve the environment. It is not the only solution to the climate crisis, but it also has a role to play in contributing. In this spirit, I reached out to the government of the Czech Republic where I was appointed as an ambassador to help put Gandhi’s vision into action. The proposal was received with due respect by the host government. After some internal deliberation, I was informed by the Czech Deputy Minister in a personal meeting that there was a technical problem: June was not the season for tree planting and due to the heat the plants would die. I don’t think anyone in New Delhi was expecting this aspect.

However, in keeping with India’s sentiments, my host told me that they would certainly witness the event with the symbolic planting of one tree in the Embassy building, and the remaining 149 trees at a later date in the year when the season was appropriate. I immediately conveyed this to the Indian Ministry of External Affairs. We were delighted to have the Deputy Environment Minister Vladislav Summers who arrived with his colleagues in the Ministry on 5 June 2019 for the honor of planting one seedling and dedicating World Environment Day to the Mahatma.

The Czech Environment Ministry, of course, kept me in the dark about where and when to plant the remaining 149 trees. Meanwhile, I had mobilized Indian student communities at various universities, including the University of Agriculture in Prague and Pardubice University to honor Bapu @150 in kind by planting trees in their buildings. They did it in my presence.

In time, while drinking tea at the Ministry of the Environment, the hosts confirmed the good news that a suitable place had been seen in a picturesque village about two hours from Prague. It was decided to plant 149 seedlings of fruit trees to create an orchard for the Mahatma. A plaque will also be arranged to mark the site for future generations. All this music was in my ears.

I offered to at least cover the cost of the trees, because the request was ours, but my protests fizzled out.

I learned that the planting of trees will take place on October 2, 2021, the birth date of the Mahatma. I was happy.

I was also informed that the Prime Minister, Mr. Andrej Babis himself, would oversee the occasion. I was about to faint! I kept my fingers crossed because there were so many demands at the time of heads of government, but then Mr. Andre Babis was special. And a special friend of India.

Shortly after my arrival in Prague in July 2018, in preparation for the upcoming official visit of the Indian President, Prime Minister Babis warmly greeted me with a bouquet of flowers, a trend that continued until the day of my departure. He heard me without any assistants and was generous with his time. He expressed his complete satisfaction with the distinguished visitor from India during his state visit in September 2018. Prague has remained one of the best overseas visits by the Indian President, not only for the venue and arrangements, but also for the “political glue”, so I was told by my senior aides Indian president.

For the first time in the annals of Indian and Czech relations, Prime Minister Babis welcomed me to celebrate Diwali with him and his team in the prime minister’s lavish office on the banks of the famous Vltava River.

Come October and autumn was in full swing. It was windy and windy especially at the site that was ready for cultivation. I had invited some Indian students from nearby universities to join us. They skipped lessons to do so. Shamianas were held on the grounds of the official part of the ceremony. The VIP enclosure included banners with the title ‘Reasonable Europe’ which was the main theme of the Czech presidency throughout the year for V4 during 2019-2020. V4 is the Visegrad group of 4 countries in Central Europe, namely the Czech Republic, Slovakia, Hungary and Poland.

The land is prepared for farming in the picturesque village of Vysker. Vysker is a village and municipality in the Semily District of the Liberec District of the Czech Republic. A two hour drive from Prague, it is a perfect and peaceful getaway, dotted with flora and fauna, castles, rocky paradise etc.

At the appointed time Prime Minister Babis arrived. The national press followed suit. The Czech Republic is among the cleanest and safest countries in the world. It has abundant forests, green cover, water bodies and rivers. But every country has its challenges. Czech environmental challenges stem from air, water and land pollution from industry, mining and agriculture.

After the official speeches were over, Prime Minister Babis headed toward the ground and to my pleasant surprise, picked up the shovel, and gave me one also, and began to sow, one by one, with his hands. So did Environment Secretary Richard Brabeck and other officials. A plaque bearing the significance of the event inscribed on it completed the picture. Gandhi stood immortal. I had no words to thank my host.

Gandhi’s interests were not limited to humans but to all beings, and the unity of life. In this spirit, the Czech government set itself the goal of planting ten million trees, one for each person in the country, to maintain the balance of life. I happened to walk around this scheme of things that made the project to plant 150 trees for Bapu @ 150 a part of the Czech National Environmental Plan.

(The author is a former Indian ambassador to the Czech Republic. The opinions expressed are subjective and do not reflect the official position or policy of Financial Express Online. Reproduction of this content without permission is prohibited.)