Presidential elections: the battle for the soul of Chile 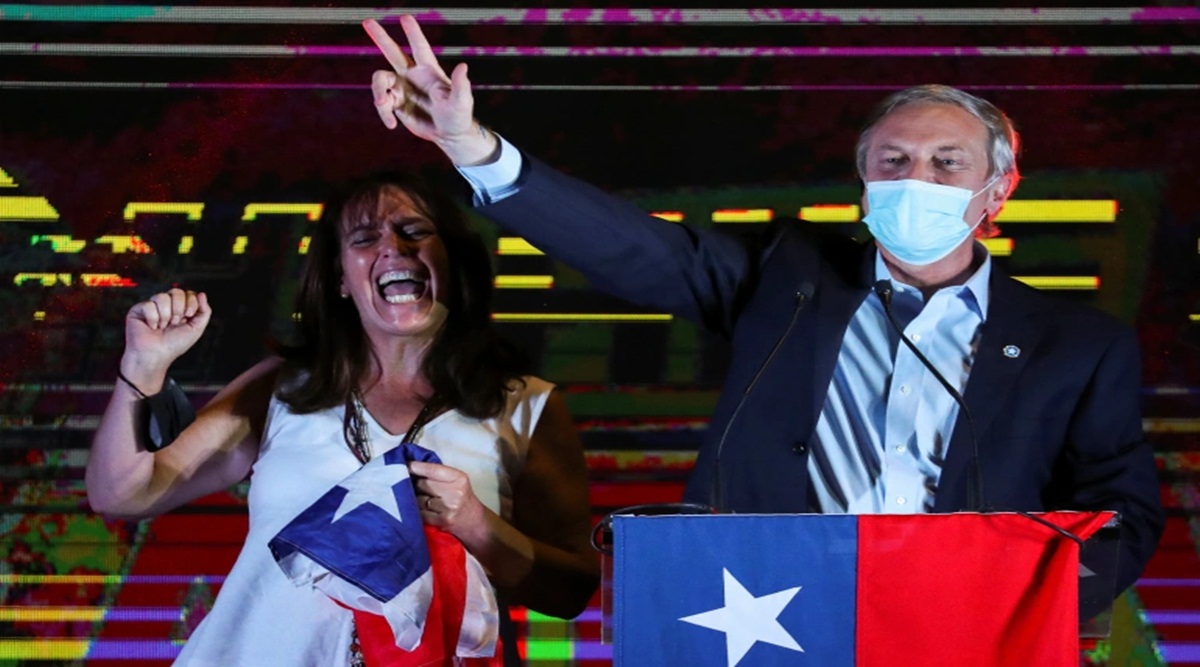 Cast and Borek received 28 and 25.7 percent of the popular vote respectively — well below the 50 percent needed to win the presidential match — in the first round held in November.

Chile balanced on the edge of moose. The top two contenders, neo-liberal, social conservative Antonio Caste and Progressive Social Democrat Gabriel Borek, are vying for victory in the second round of the presidential election, scheduled for December 19, 2021.

Cast and Borek received 28 and 25.7 percent of the popular vote respectively — well below the 50 percent needed to win the presidential match — in the first round held in November. Participation was low at 47 percent — which is surprising, given the fact that after a nationwide social explosion, Chile is writing a new constitution. The remaining 46 percent of the vote went to other candidates.

Sunday’s fight in the crowd is for the center of Chilean politics. Participation is expected to remain low again which makes the competition somewhat exciting. Borek has a slight advantage. The President of Yasna, who received 11.6 percent of the vote, supported his candidacy. The New Social Pact, the center-left coalition, was in power for most of the period 1990-2018. Borek also had the support of the Social Democrat Marco Enrique-Ominami (7.6% of the popular vote). Marxist-Leninist Eduardo Artes (1.5%), a fan of North Korea, refused to support him but his supporters are likely to vote for Borek.

Caste narrowed the gap with some practical support from the ruling centre-right coalition, Vamos por Chile. Sebastian Seychelles, candidate for President Sebastian Pinera, barely managed to secure 12.7 percent of the popular vote in the first round. In contrast, Franco Baresi was a conservative populist, campaigning on an anti-regime platform, receiving 12.9% of the popular vote. During an online campaign from the United States, Baresi had good support from the disaffected, particularly in the Antofagasta mining region in the north. The copper-producing region feels alienated from remote Santiago where power and wealth are concentrated. His support base appears to be split between Cast and Borek.

Caste turns in order to attract the support of the political center. The neo-liberal, who advocates law and order and tax breaks, asserts that his economic plans are “not set in stone.” He softened his position on the privatization of Codelco – the state-owned copper monopoly. The social conservative remains staunchly anti-abortion and LGBTQ rights. For his part, Borek assured private companies that the economic change would only be gradual. It offers a social safety net, pension reforms, women’s rights, and an increase in mining royalties and a wealth tax.

Sunday’s election turned into a struggle between “hope” and “fear”. Social media is in full swing portraying Borek as a “communist” – similar to another Salvador Allende. Kast generates fear, especially among women. He is a firm believer in patriarchy and the inequality of women in marriage. He promised to abolish the women’s ministry. He admires the military dictatorship of General Augusto Pinochet (1973-90). The revelation that his father, Michael Caste, was a member of the German Nazi Party may not have helped support his cause.

High participation rate “Borek” will help. It targets the indifference and those in the middle. The generational dynamic continues: voters over 50 tend to Kast; Those under the age of 30 are mostly Porec. All presidential elections since 1990 have been decided in the second round. But the dominant center-right and center-left coalitions that have ruled Chile since the “transition” to democracy in 1990 are not in conflict. The established parties seem to have emptied.

It’s more than just a presidential election. It’s a battle for Shelley’s soul. The country is in the midst of writing a new constitution. For two years, Chileans criticized the neoliberal system that works only with the powerful and the wealthy. Augusto Pinochet enshrined the free market ideas of Milton Friedman and Friedrich Hayek in the Constitution. The 1980 constitution states that the state is an instrument for maintaining order and facilitating the functioning of the market. It has reinforced state dependency in the name of decentralization and efficiency. Education, health care, pensions, land, water, the cost of goods and services – anything that touches society is in private hands. The constitution recognizes “liberties,” not “rights”; For example, one is free to pursue higher education provided that one pays for it. There are no rights for indigenous communities; Here, they are all “Chileans” – and that’s it.

Chain protests that began with a metro fare hike turned into an “Estallido Social”. On October 25, 2019, more than 1.2 million Chileans gathered in Santiago to protest social inequality. In what has come to be called “Chile’s largest march,” Chileans demanded a new social pact in which the state would support citizenship rights against the free management of a market economy. Had it not been for the outbreak of the Covid-19 epidemic that halted the protests, the “explosion” could have led to the overthrow of the current regime or a military coup.

The next president will oversee the transition to a new constitutional and political system. What Chileans are looking for is a constitution that will promote inclusive growth – a market economy with social protection, multinational identity, gender justice and, of course, social protection. Borek supported a new constitution. Conservatives, including Antonio Caste and President Sebastian Pinera, still oppose replacing the old neoliberal document. Sunday’s vote will decide where Chile goes from here? The battle for Chile’s soul rages on.

** Devika Misra specializes in regionalism and regional integration for Latin America. The opinions expressed are subjective and do not reflect the official position or policy of Financial Express Online. Reproduction of this content without permission is prohibited).