Rain can be a party spoiler for the energy sector 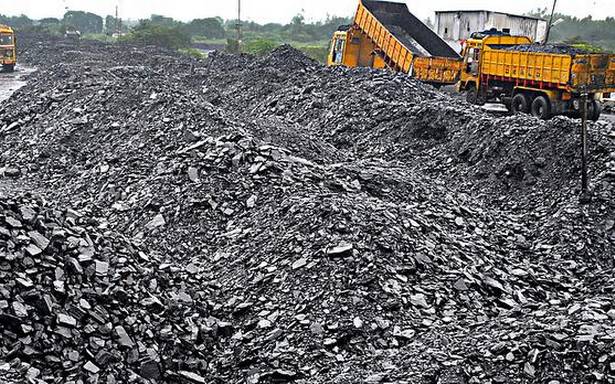 The worst is not over yet for the power sector as there may be some temporary interruption in coal supply with some Coal India Ltd (CIL) mines inundated, especially in eastern India, due to the off-season rains.

According to industry sources, incessant rains in several districts of Jharkhand and West Bengal over the past three days have affected coal production and extraction in Eastern Coal Fields (ECL), Central Coalfields (CCL) and Coke Coal (BCCL) mines – all subsidiaries of CIL. However, a dewatering exercise is underway and the situation is expected to improve once the drought begins.

The average supply to the electricity sector approached 1.47 million tons per day during the first two weeks of this month. This was increased to 1.62 MT just before the Pooja. However, production experienced a marginal decline during the last two days of puja (navami and doshra). This, along with off-season rainfall, has affected production at the mines, the sources said.

According to Coal Ministry officials, the goal will be to increase supplies to the power sector to 2 million tons per day from all sources including CIL, Singareni Collieries Company (SCCL), captive coal mines and imported coal, as of Wednesday. Despite the rain that affected the ECL, BCCL, MCL, WCL and CCL mines, the total supply to the power sector was 1.93 metric tons on Monday.

What should be noted is that about 110 coal-fired thermal power plants in the country had critical or super critical stock levels as on October 17, versus only 14 that were in critical/very critical (holding less than six days) during the period last year. The average stock of coal in power plants is about four days at present.

If the rain continues to wreak havoc, the government may have to do another round of crisis management. “The situation is improving and is expected to improve going forward. Average daily stockpiles are expected to rise to around 10 tons by the end of this month, from the current 7.3 million tons.

However, the situation has improved slightly over the past week compared to 115 plants having critical/super-critical stock levels with a total stock of around 7.29 MT as on October 10 this year.

On an upbeat note, another industry official said the average coal stockpile position at power plants is expected to improve to six to seven days by the end of this month. The power sector appears to be in a slight relief now with improved supplies. But any rain in the coal-producing region will affect production and supplies. However, once your dry spells start, you’ll start to get better.