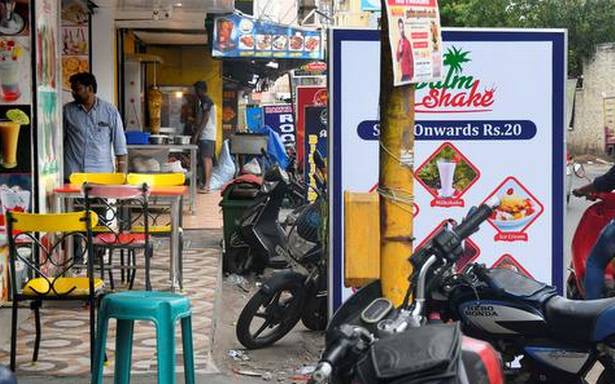 The restaurant industry, which has been one of the sectors hardest hit by two successive waves of the pandemic, has shrunk hard. According to a report by the National Restaurant Association of India (NRAI), the Indian food service industry has shrunk by almost 53 per cent and more than a quarter of restaurants have been permanently closed. But the industry is now pinning hopes on positive consumer sentiment and an acceleration of vaccination to see a recovery to reach around 85 percent of pre-pandemic levels in FY22.

According to the report, in fiscal year 21, the restaurant industry declined by 53 percent and was valued at ₹2,00,762 crore compared to ₹4,23,624 crore in fiscal year 2020. However, the industry body expects that in the year 22nd, the sector will witness a significant recovery and is expected to reach a volume of Rs 4,72,285 crore.

“In fiscal year 21, restaurants were not allowed to operate for an average of 100 days. More than 25 percent of restaurants were closed and more than 23 people lost their jobs,” said Kabir Suri, NRAI President. He added that staff numbers are not expected to return to pre-Covid levels in the near future.

The restaurant industry has also seen a significant decline in average revenue and profitability across formats due to restrictions caused by Covid. Average revenue after the first shutdown saw a 46 percent drop in growth and an 88 percent drop in average profitability compared to pre-Covid times. The restaurants, pubs, bars, cafés and lounges (PBCL) segment experienced the largest decline compared to QSRs and casual restaurants. However, after the second shutdown, the industry player’s revenue saw a 33 percent growth over the first shutdown, but it still had to return to pre-Covid levels.

Restaurants in the southern, western and northern regions have been affected more severely compared to the eastern region. The sector has faced the brunt of the pandemic in New Delhi and Mumbai due to severe restrictions on seating capacity and working hours.

The report stated that “the food service industry began to show signs of recovery by the end of the second quarter of FY22, which led to a decrease in cases, an improvement in consumer sentiment, and an increase in the frequency of vaccination.”

The industrial authority also reiterated its demand for an input tax credit facility of 12 percent of the GST to help reduce fixed operating expenses and improve the bottom line. The NRAI also said that an equal e-commerce policy is needed to prevent collectors from abusing their dominant position.