Shriram Group Merger: What It Means For Investors 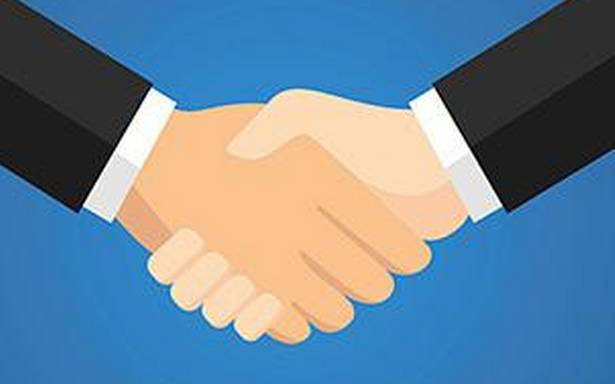 Shriram Transportation Finance Corporation (STFC) and Shriram City Union Finance (SCUF), Inc., last week announced their merger with their holding company Shriram Capital (SCL). After announcing the proposed merger, shares of listed entities – STFC and SCUF – fell by 15.2 and 8.5 percent, respectively, over the past week. While management expects to extract synergies from the merger – through cross-selling and reducing the cost of funds for the larger (merged) entity, investors are not entirely convinced. Even rating agencies have raised some concerns, given the different risk sectors in which the two listed entities operate and believe that the different underwriting skills required may not be conducive to the planned synergies.

While STFC shareholders may benefit from improving the metrics of the combined entity and eliminating business cyclicality, operational metrics are not very favorable from a SCUF perspective. For SCUF shareholders, a merger with a commercial vehicle financing provider may lower return ratios.

SCL, which currently holds a 26 and 33.9 percent stake in STFC and SCUF respectively, will be merged into STFC – which will be renamed Shriram Finance. The unlisted holding company will receive a 1:1 swap for its acquisition in the STFC. The new entity will continue to own an 85 percent stake in Shriram Housing Finance (currently an affiliate of SCUF) and a 44.56 percent stake in Shriram Automall India (currently an associate of STFC). Other SCL affiliates (Shriram General Insurance, Shriram Life Insurance, Shriram Credit Company, etc.) will be separated as separate unlisted entities. However, the entire transaction is subject to shareholder approvals, SEBI, IRDA, RBI, CCI, NCLT, RoC, etc. and is expected to be completed by October/November 2022.

According to the swap ratio, shareholders will issue 1.55 and 0.097 shares of STFC for each share held in SCUF and SCL, respectively. . Management expects to incur an acquisition cost of around Rs 400 crore – including stamp duty, human resource costs and branding costs.

Management expects the merger to drive net growth of 10 percent immediately and 12 percent the following year. However, the envisaged synergies come with a lot of challenges.

First, on the current asset base of Rs 1.5 crore (assets under management of the combined entity), management anticipates cross-selling potential to drive further growth. However, given the different target segments in which STFC (commercial vehicle finance) and SCUF (serving non-bank retail banking) currently operate in, cross-selling opportunities with existing product offerings may be limited, in our view. However, management has directed towards adding other product segments such as supply chain finance, freight discounting, LAP, etc. in due course and it is too early to decide the fate of these new segments. With this, management expects to sell at least two products per customer by fiscal year 24.

Second, it may not be easy to collaborate on the current underwriting differences for the different focus segments. Management also envisages leveraging its technology platform, which has not been tested in CV funding, given its usual reliance on manual underwriting. This could lead to potential asset quality risks, going forward. Moreover, while on the other hand, the cyclicality of STFC’s business can be eliminated after merging with SCUF, selling retail/SME loans to existing customers (fleet operators) may increase the risk of bad loans.

Third, management also expects to upgrade its credit rating to the larger combined entity, which in their view could lower the cost of funds by 30-50 basis points (bps). However, this appears paradoxical given the risk of asset quality and reduced promoter tenure (to only about 20 percent in the combined entity), which may be a drag on existing credit ratings. For example, rating agency Fitch confirmed in a recent note that STFC’s credit ratings benefit from its 30 percent market share in used CV funding, which may now be affected by the addition of SCUF assets (which lack any significant market share in any of its product segments). ). Besides, Fitch believes that the combined entity’s mixed asset quality profile will weaken, although the preliminary GNPA numbers appear to be similar.

Having said that, management is also looking to take advantage of the digital increase in retail deposit mobilization and reduce excess liquidity, which may help fill the net interest margin somewhat.

On the basis of the initial numbers of the combined entity, the STFC is expected to benefit from a 40 basis point increase in total return on assets (RoA). From SCUF’s perspective, the combined entity’s return on assets is 70 basis points lower than the current return on assets of 3.1 percent. Even in terms of capital adequacy and non-performing loans, the STFC appears to benefit from SCUF’s superior metrics (see table). This explains the 13 percent premium paid to SCUF (Basic Swap Ratio) shareholders, taking into account the December 10, 2021 closing price.

While there are still operational difficulties in the near to medium term for the combined entity, the only certain advantage will be its large size. This along with reducing the promoter’s contract can help in obtaining a banking license for the merged entity.

The merger may burden the credit rating

The built-in entity size is the only surefire feature