Take a closer look at the money supply 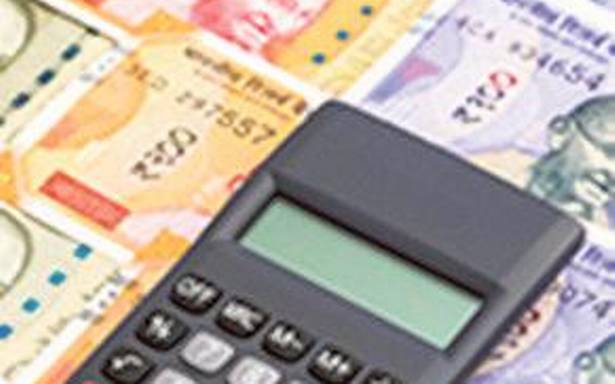 Milton Friedman said in 1970 that “inflation is always and everywhere a monetary phenomenon.” The pendulum has now swung to the other end. Today’s discussions about inflation do not refer to money. There are no valid extreme positions.

The old quantity theory of money assumed that any increase in the quantity of money would have no effect on production (transactions). This is consistent with the classic view that money is a “veil”. Real quantities are influenced only by real factors. But this view is no longer accepted. We need to understand that the process of creating money is the process of creating credit. The two go together.

It is true that the focus of politics these days is more on price (interest) than quantity (money). But the two are interrelated. At equilibrium, quantity and price are determined.

The monetary authority cannot actually “request” the interest rate. They need to adjust the quantity (money or liquidity) so that the desired level of interest rate is achieved. In fact, as recently as 2008, “quantitative easing” has become popular. There are occasions when quantity works best. (For a more detailed analysis of the importance of quantity, see Rangarajan & Nachane, ‘Inflation, Monetary Policy and Monetary Associations’, Journal of Indian Public Policy Review, May 2021.)

The previous discussion takes me to the main point that recent discussions of inflation in India in monetary policy statements tend to ignore money, although there is a reference to liquidity. The two (money and liquidity) are close but not identical, depending on which definition of liquidity one takes. Discussions mainly center around supply disruptions due to local or external factors. They explain the behavior of individual prices but not the general price level which is what inflation is about.

If inflation is to be kept under control, the authorities need to control liquidity or money. The crucial question is what happens to demand, i.e. demand in monetary terms. So the amount of liquidity or money is relevant. Analysts need to go beyond referring to the price movements of food or crude oil.

The injection of liquidity through various channels by the Reserve Bank of India was very important. In fact, what we need to look at is not what happens in the discount window but at the cash reserve. Here, we need to distinguish between “permanent liquidity” and temporary liquidity. Any purchase of government securities by the Reserve Bank of India from the banks adds to the perpetual liquidity. This is more important than what the RBI loaned for a short time.

In my view, one of the factors that contributed to the moderation of inflation between 2012-2013 and 2019-20 was the moderation in money supply (Table 1). Obviously, one needs a more complex model to explain inflation including the output gap and expectations. But we cannot ignore the money supply. As mentioned earlier, policy rate and reserve fund creation are interrelated.

When we look at recent data, two things stand out – there is a clear difference between the reserve money growth rate and the money supply (Table 2). The latter shows much slower growth. This is attributed to lower credit expansion and increased currency withdrawal. The money multiplier has gone down. The second CPI inflation rate rises when there is a recovery in the money supply.

However, it should be noted that inflation has remained largely within the comfort zone. If the money supply had grown along with the money reserve growth, one would have ended up with a much higher level of inflation. In fact, several MPC members expressed in their minutes their satisfaction with the fact that inflation has eased. But they look for the reason for this in the behavior of individual prices. But one reason is an unintended moderation in the money supply. We have to draw the right lesson.

In a difficult situation like the one represented by Covid-19, expansionary fiscal policy and supportive monetary policy are needed. But timing in relation to when the equinox is also important. Many countries including India made this mistake after the 2008 crisis. They continued an expansionist policy over a long period, which led to inflation.

It is time to adjust the growth of reserve funds. As the economy moves towards normal, the money multiplier will also rise as credit grows.

There are sufficient excess reserves now which will also lead to growth of money supply once the activity starts. Currently, the policy rate is a negative rate of inflation. Continuing this could lead to “financial repression” with all attendant consequences.

In fact, the growth since April 2021 is largely attributable to the easing of movement restrictions. As long as the lockdown continues, no policy can be effective. Therefore, the critical year will be 2022-23 when policy actions become relevant. However, my main focus is not on this aspect.

What I would urge is that to understand inflation, the supply dynamics with respect to individual commodities do not provide the full answer. The amount of money or liquidity in general is very important.

The writer is a former Chairman of the Prime Minister’s Economic Advisory Council, and a former Governor of the Reserve Bank of India