Tamil Nadu Day will be celebrated on July 18, says Stalin 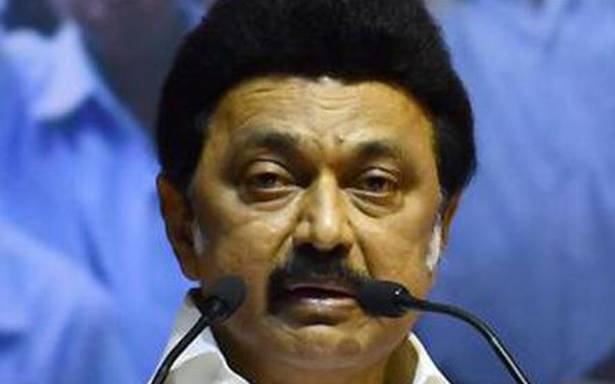 Reversing the previous AIADMK government decision, the ruling DMK said Tamil Nadu Formation Day would be celebrated on July 18, in line with the renaming of its name to its current name rather than November 1.

Stalin said that on November 1, 1956, the linguistic reorganization of states in the country was carried out, after which parts of Andhra Pradesh, Karnataka and Kerala “disappeared” from the then state of Madras. Later, the previous government declared November 1 of 2019 as Tamil Nadu Day, he recalls.

He said in a statement that various sections including political parties, Tamil scholars, activists and associations insisted that November 1 would only mean “border conflict” and that it would not be appropriate to celebrate Tamil Nadu Day.

He added that they suggested that July 18 – when Tamil Nadu got its present name following legislation in the General Assembly preached by Dravidian veteran and late Prime Minister CN Annadurai – should be the day of the state’s formation.

“After carefully considering the appeals of the various organisations, a government order will soon be issued to celebrate the 18th of July, when Mother Tamil Nadu was named by Anna as Tamil Nadu,” he added, the day of the state’s formation.

Moreover, as a special gesture, 110 people participating in the ‘frontier conflict’ will be honored with ₹1 lakh each on November 1, he said.

The announcement by the prime minister, MK Stalin, drew criticism from the AIADMK, which claimed it took place due to a “political vendetta”. K Palaniswami, in his capacity as Chief Minister in 2019, announced that Tamil Nadu Day will be celebrated on 1 November based on requests from various quarters at that time.

Just because Palaniswami announced that November 1 would be celebrated as Tamil Nadu Day, party spokesperson Kovai Satyan said in a tweet, referring to Stalin and top party leaders O Panneerselvam: “I condemn the depiction of history at your convenience (because of) political vendetta.” and Palaniswami.