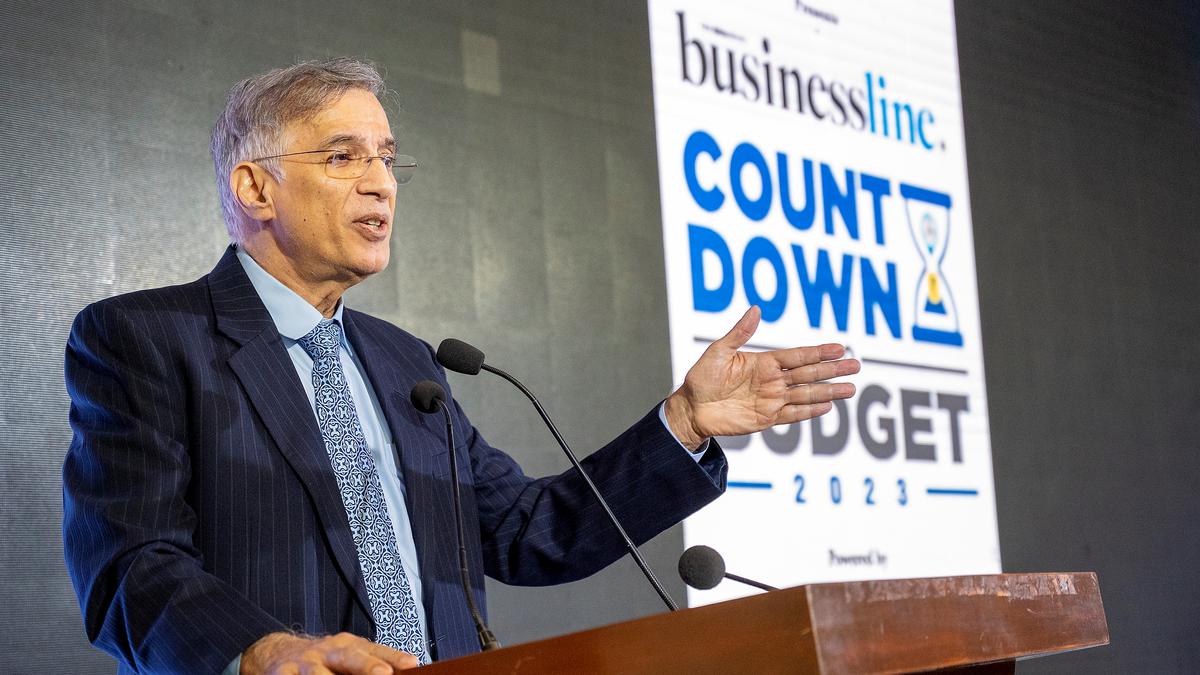 India should target double digit GDP growth with a multi-pronged strategy including reducing the 42 per cent taxes on individuals, amplifying investments, focusing on employment and skilling, said Niranjan Hiranandani, Co-founder and Managing Director of Hiranandani Group.

Delivering the keynote address at the businessline Countdown to Budget 2023, Hiranandani said that the government should also focus on divisions of its stake in public sector companies, unless strategic.

Hiranandani said that India is well-positioned despite geopolitical pressures, and ahead of GDP expectations. “The opportunity in 2023 is fantastic for India. Its leadership, GDP growth, employment direction, all the other aspects of it, I think look very positive. India has been able to balance both the ideas geopolitically as well as in the economy,” he said, adding that this is completely opposite to what is happening in the western countries.

Focus on upskilling and bringing down cost of operations: Vivek Bhatia of thyssenkrupp Industries India

He explained that India has been able to manage the geopolitical situations in a unique manner. On one side, we’ve been able to deal with the Western world. And on the other hand, we have been able to buy oil from Russia, which has saved us ₹35,000 crore which has helped us taking a balanced view of what the situation is.”

In future, he believes that the recession and the laying off of employees is an opportunity for India because international IT companies have started outsourcing their work to countries like India.

Speaking about his expectations from the Union Budget 2023, he said that one of the biggest pain points is the 42 per cent tax on individual salaries over a certain threshold, compared to 25 per cent tax on companies. Please be fair to individuals. You can be fair to companies. I’m not against that. I’m also a company so I’m not objecting to giving some favourit to somebody. But please don’t be unfair to people who are individuals and I think a majority of people in India are individuals and sole proprietorships they will all have to pay 42 per cent.”

He further added that the government should focus on more capex investments and allocations, especially in “those sectors where the employment rate has been higher. So, investments into infrastructure, into housing into health, into education, and tourism and textile industry for example, as differentiated from all other types of industry, which could be capital intensive, but not actually employment oriented.”

Delivering the welcome address, Raghuvir Srinivasan, Editor, businessline, said “In my view, overall the Budget is likely to be conservative with an accent on increasing capex. However, Finance Minister Nirmala Sitharaman’s comment on the fact that she belongs to the middle class has raised expectations among the public with the hope of some concessions on personal income tax.”

Speaking about the employment issues, Hiranandani said that 50 per cent of the allocations in MNREGA should focus on skilling people. “Earlier if I needed 100 workers for my sites, I would have 500 people applying for those jobs, today, I do not get 25 employees.”