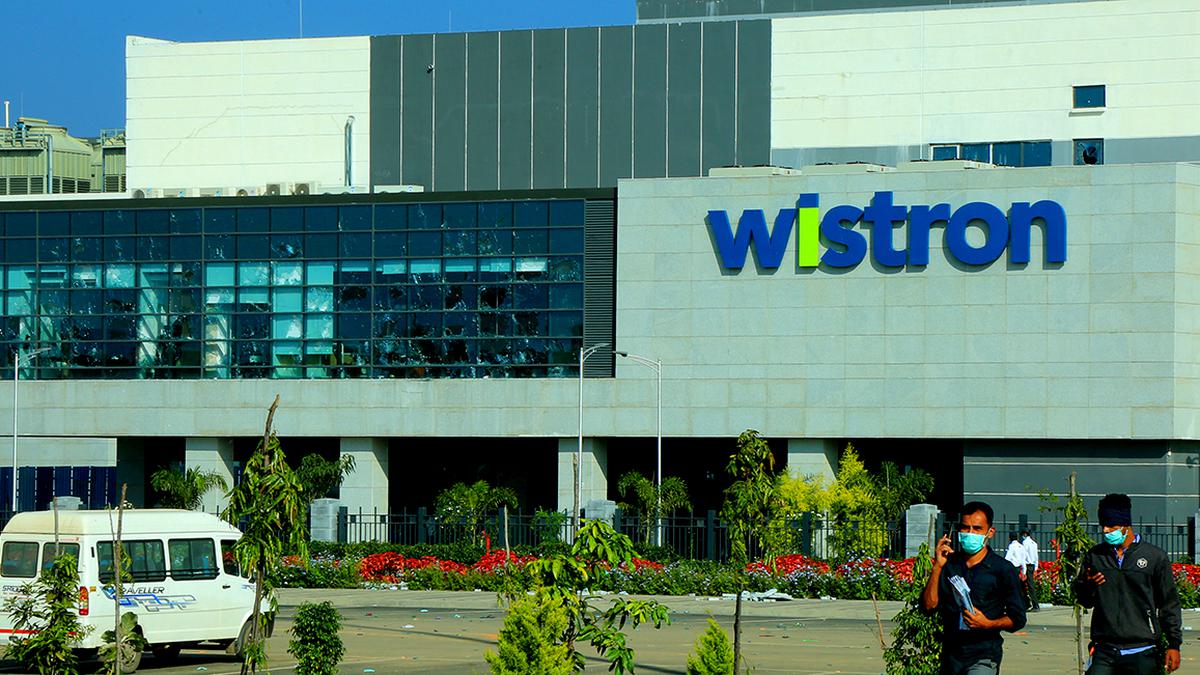 Tata Group is close to taking over a major plant in southern India in a deal that would give the country its first homegrown iPhone maker.

The airline-to-software conglomerate has been in talks with the factory’s owner, Taiwan’s Wistron Corp., for months, and is looking to complete the purchase by the end of March, according to two people familiar with the process. The two firms discussed various potential tie-ups but talks have now centered on Tata taking a majority of a joint venture, the people said. Tata is set to oversee the main manufacturing operation, with support from Wistron, the people said, asking not to be named because the plans aren’t public.

Apple Inc.’s iPhones are mainly assembled by Taiwanese manufacturing giants like Wistron and Foxconn Technology Group. Tata’s deal would advance India’s efforts to create local contenders to challenge China’s dominance in electronics, which has been jeopardized by political tensions with the US and Covid-related hurdles.

The Indian conglomerate aims to complete a due diligence process by March 31 so that its Tata Electronics arm can formally take over Wistron’s position in a program that gives it government incentives, one of the people said. The next cycle of incentives will begin from April 1, which marks the start of India’s financial year.

The acquisition could value Wistron’s only iPhone manufacturing operation in India at more than $600 million if the Taiwanese company meets the requirements to receive the expected incentives for FY23, one of the people said.

Wistron is one of three Taiwanese iPhone manufacturers in India, along with Foxconn and Pegatron Corp. It has sought to diversify its business beyond thin-margin iPhone manufacturing into areas, such as servers, agreeing to sell its iPhone production business in China to a competitor in 2020.

Yet even as Wistron plans to exit iPhone-making in India, its Taiwanese peers are expanding their iPhone production lines. Apple is seeking to reduce its dependence on China, where pandemic-related supply chain snarls and draconian restrictions have wrought havoc on device production.

Wistron’s 2.2 million-square-foot factory is located just over 30 miles (50 kilometers) east of Bangalore. If the acquisition goes through, Tata will take over all its eight iPhone lines, as well as the plant’s 10,000 workers, including a couple of thousand engineers. Wistron would continue as a service partner for iPhones in India.

Tata has taken other steps to increase its business with Apple. It has accelerated hiring in its factory in Hosur, near Bangalore, where it produces iPhone components. That plant stands on several hundred acres of land where Tata could add iPhone manufacturing lines in the coming years. Tata has also announced that it will launch 100 Apple stores in the country of 1.4 billion, the first of which is set to open in Mumbai this quarter.

The 150-year-old Tata Group makes everything from branded salt and Tetley Tea to steel and Jaguar cars, and runs an airline and Starbucks cafés in the country. Tata Consultancy Services Ltd. is Asia’s largest IT outsourcing company and one of India’s most valuable by market capitalization.

Also read:TCS reports an 11 per cent increase in profits in Q3FY23

In the past couple of years, Chairman Natarajan Chandrasekaran has accelerated efforts to make the conglomerate more tech-centric with a slew of e-commerce initiatives and a new super-app called Tata Neu. The group is also set to enter chipmaking, Chandrasekaran said last year.