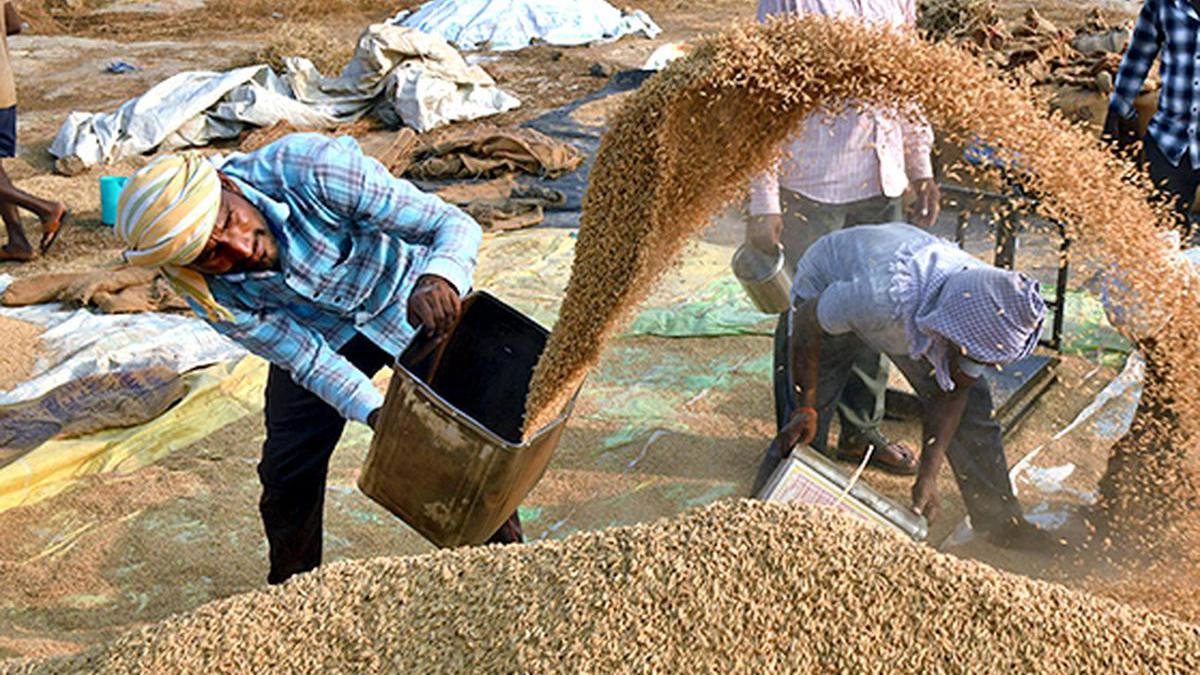 The Civil Supplies Department of Telangana has procured 64.30 lakh tonnes of paddy from about 9.75 lakh farmers.

“The aggregate value of the procured paddy stands at ₹13,750 crore. Of this, ₹12,700 crore had been disbursed to the respective farmers,” a top government executive said.

The remaining amount would be credited to the accounts of the farmers in the next few days.

The department opened about 7,000 procurement centers across the state with a target to procure one crore tons of paddy. The total procurement, however, is expected to cross the 65-lakh tonne mark as the kharif procurement season comes to an end in the next few days.