The aerodynamics behind the takeoff 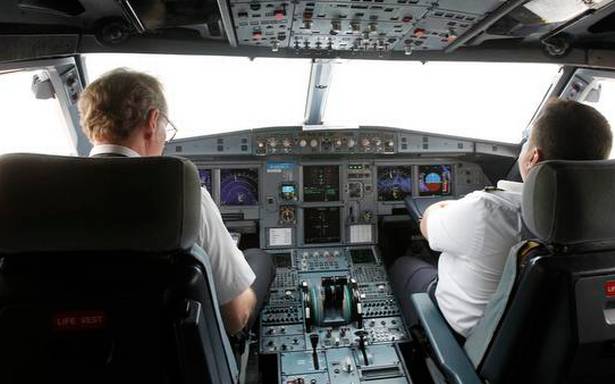 Take-off, according to REStARTS (Raising the Awareness of European Students in Flight Research through School Laboratories), is the phase of flight when an aircraft undergoes a transition from moving on the ground (taxing) to flying in the air.

After all the checks were done, the pilot called over the radio saying he was ready to leave. A little earlier, the plane is slowly moving from where it was parked on the runway. This is to ensure no damage is done to the wings, which are actually larger than they look while sitting on the plane.

At that time, engines, especially piston engines, are running at high power to check for problems with the engine, which makes a lot of noise.

Only when ATC clears the plane for takeoff does it begin to move from its position before beginning its flight. Now comes the hard part, and this is where the full pilot experience comes in. Once the plane starts moving on the runway, the pilot starts accelerating to full force and when the plane starts picking up speed, it tries to leave the ground, but the pilot keeps it on the ground until it reaches the optimum takeoff speed. This is to avoid the risk of stopping if the aircraft speed is slower. According to pilotinstitute.com, as the plane moves faster, more air flows over the wings of the plane. According to the principle of aerodynamics called Bernoulli’s law, fast-moving air is at lower pressure than slow-moving air, so the pressure above the wing is less than the pressure below. This creates the lift force that pushes the plane up and this is how take-off can actually happen. (Source: REStARTS; pilotinstitute.com)