The green methods of producing hydrogen 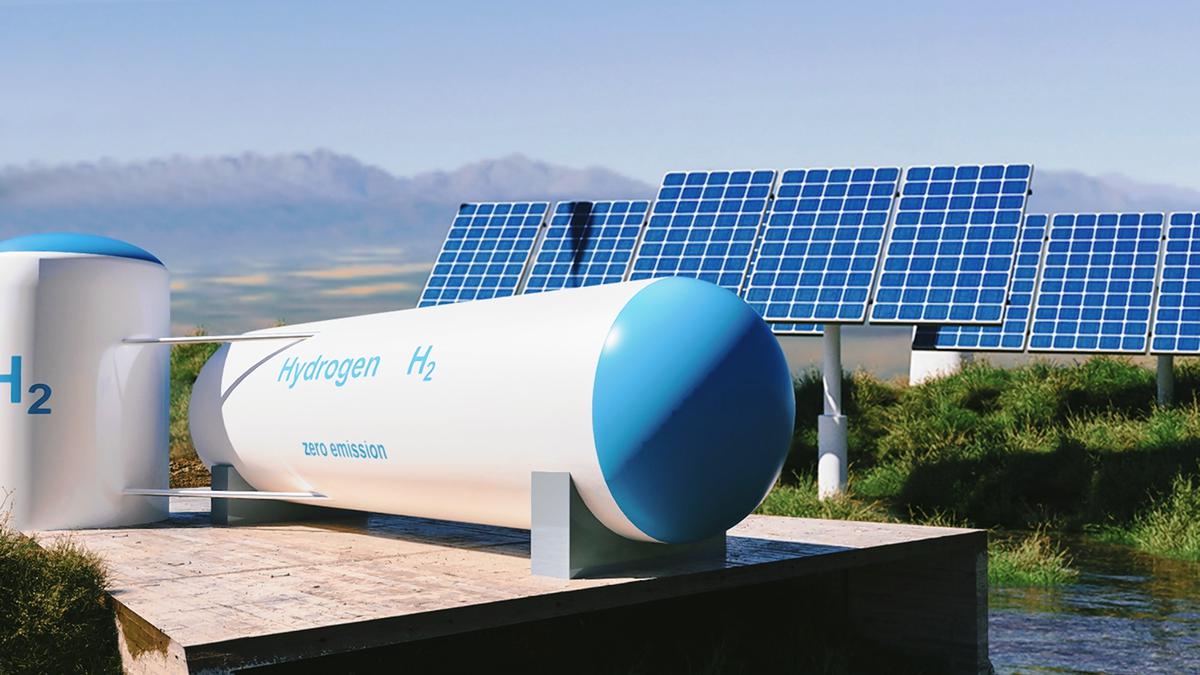 Hydrogen is everywhere — in air, water — but it takes energy to separate it. If hydrogen is produced through processes that do not emit green house gases, such hydrogen is called ‘green hydrogen’.

How to produce green hydrogen? Here are the various ways of doing it.

Green hydrogen can be produced by gasification of biomass. A Varanasi-based company called Biezel Green produces gasifiers. Biezel Green’s ‘thermally accelerated anaerobic digesters’ can produce 40 grams of hydrogen from one kilogram of biomass, but can also yield an assortment of by-products such as methane and biochar. Some experts believe that biomass gasification is a good option for India as it can fetch farmers a steady income. But the big challenge here is to ensure uninterrupted availability of biomass.

Splitting of water into hydrogen and oxygen is the most trusted route of producing green hydrogen. This technology has been around for decades. It involves supplying electrons (through electricity) to disturb the tight bond between two hydrogen and one oxygen atom, so that the hydrogen separates itself out.

There are three established electrolysis technologies in the market but a better fourth one is being perfected.

The ‘alkaline electrolysers’ are the most mature ones but they are the least efficient in terms of energy. It also calls for high maintenance costs because the electrodes degrade in a corrosive environment and are slow to react to fluctuating power.

The ‘proton exchange membrane’ (PEM) technology is more efficient but it features precious metals like platinum. Therefore, the biggest problem with PEM is the high capital cost.

The ‘solid oxide electrolysers’ operate at very high temperatures — between 600 and 1,000 degrees — and hence consume less electricity. Its conversion efficiency is also the highest. On the flipside, the ‘high temperature’ brings its own challenges — longer start-up and break-in time, mechanical instability due to thermal stress and degradation of cell components.

The fourth technology, which is still emerging, is the ‘anion exchange membrane’ (AEM) electrolysers. Think of it as PEM without the costly precious metals for electrodes. AEM is cheaper and efficient, but it comes with its own problems. According to the ‘Green Hydrogen Cost Reduction’ report released by the International Renewable Energy Agency last year, “the AEM membrane has chemical and mechanical stability problems, leading to unstable lifetime profiles. Moreover, performance is not as good as expected yet, mostly due to low AEM conductivity, poor electrode architectures and slow catalyst kinetics.

Are there other ways of producing green hydrogen? Yes, there are. For example, in 2007, the Bhabha Atomic Research Center (BARC) worked on an ‘Indian high temperature reactor programme’ for the production of hydrogen, with uranium as fuel (TRISO fuel, which is a combination of uranium, carbon and oxygen). BARC designed a reactor that would operate at 18 MW of power and produce 80,000 cubic meters an hour of hydrogen and 375 cubic meters of drinking water. IV Dulera and RK Sinha of BARC made a presentation on this at an ‘International Conference on Non-electric applications of nuclear power’ held in Japan in April 2007. But the program seems to have died down, presumably because hydrogen was not such a hot subject back then. BARC has not responded businessline’s queries about reviving the programme.