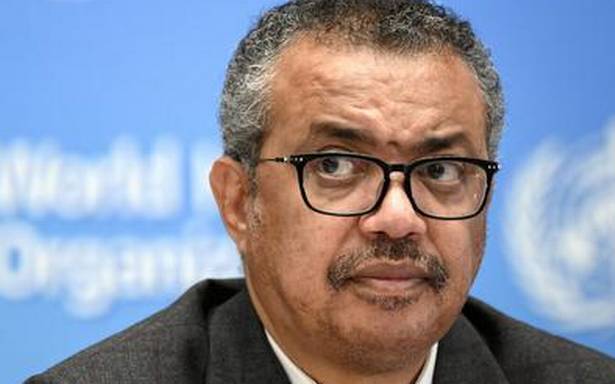 The head of the World Health Organization, Tedros Adhanom Ghebreyesus, said, on Wednesday, that at least 23 countries have reported cases of the Omicron virus.

“The emergence of the Omicron variant has understandably attracted global interest. At least 23 countries out of five of the six WHO regions have reported cases of Omicron, and we expect this number to rise,” WHO said in a press briefing.

The WHO chief further said that the UN health body takes this development “very seriously, and so should every country”.

“We’re learning more all the time about Omicron, but there’s still more to learn about its impact on disease transmission, disease severity, and the efficacy of tests, treatments, and vaccines,” he said.

“Several WHO advisory groups have met over the past two days to assess emerging evidence, and prioritize studies needed to answer these questions,” the WHO chief added.

Ghebreyesus thanked Botswana and South Africa for discovering, sequencing and reporting the variant, and expressed concern about the “punishment” of those countries.

“It is very worrying to me that these countries are now being punished by others for doing the right thing. We call on all countries to take rational and proportionate measures to reduce risks, in line with the International Health Regulations,” Ghebreyesus said.

“This includes measures to delay or reduce the spread of the new alternative, such as screening passengers before travel and/or upon arrival, or applying quarantines to international travelers,” he said.

“A blanket travel ban will not prevent the international spread of Omicron, but rather place a heavy burden on lives and livelihoods,” the WHO chief warned.

“The World Health Organization continues to call on all countries to improve public health and social measures, and to ensure that vulnerable and at-risk individuals in all countries are fully vaccinated immediately,” he said.

Ghebreyesus also called on countries not to forget that we are already dealing with a “highly transmissible dangerous variant” of the delta variant, which currently accounts for nearly all cases globally.

“Globally, we have a toxic combination of low vaccine coverage, and very low testing — a recipe for breeding and amplifying variants,” he added.

Ghebreyesus urged countries to ensure equal access to vaccines, tests and treatments around the world.

The Omicron variant, which has been described as a variant of concern, has been found in countries including Botswana, South Africa, Nigeria, the United Kingdom, South Korea, Australia, Austria, Belgium, Brazil, the Czech Republic, France, Germany, Hong Kong, Israel, Italy, Japan, the Netherlands, Norway, Spain, Portugal, Sweden, Canada and Denmark, according to reports.