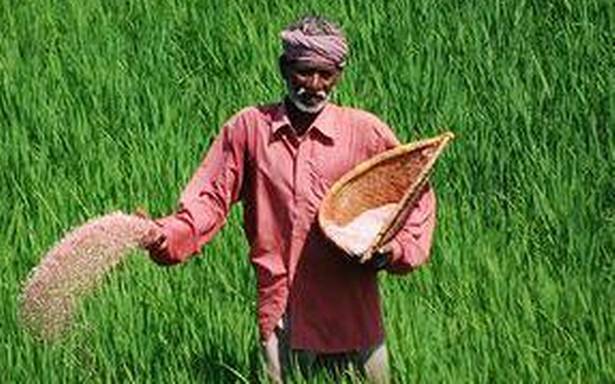 With the southwest monsoon winds blowing late, farmers preparing to plant their crop early to take advantage of soil moisture, are facing a new challenge – a lack of phosphate fertilizers. While the center has been insisting there is no “real” shortage, reports are of farmers in Punjab, Haryana and Madhya Pradesh scrambling to buy DAP (Diammonium Phosphate) under police watch and the center is setting up a real war room. Observing the time, indicates that the situation on the ground is uncomfortable. While official data shows that DAP supplies for October were above requirements, opening stocks of both DAP and complex fertilizers were well below normal levels at the start of this spring season, with DAP stocks down for less than half the years average. The last three at the end. – September, while stocks of complex fertilizers fell by 25 percent.

The slow build-up of factors seems to have precipitated this situation. First, the runaway rise in world prices of phosphate fertilizers and their inputs has reduced the profit margins of domestic producers and importers. Although Diammonium Phosphate and complex fertilizers are ostensibly “out of control”, producers/traders are forced to sell them well below production costs, with the center offsetting the losses through subsidies. Relatively benign global prices for phosphates over the past six years have allowed manufacturers to keep their selling prices stable while the center has kept a tight lid on its support. But last year’s sharp vortex in global prices turned this equation on its head. The cost of DAP is above $700 per ton now compared to $380 per ton last October. The position’s dictates not to raise prices resulted in lower profit margins for producers/traders. China’s unexpected move to ban fertilizer exports after the energy crisis has exacerbated the situation.

The center was aware of the situation and raised support in May and October, with support for the development aid program more than doubling this year. But the center does not have unlimited financial margin. Therefore, the immediate solution appears to be to allow manufacturers/importers to moderately raise prices, while speeding up imports. The episode also highlights the need for structural reforms. Although India does not have any particular cost advantage in the manufacture of diammonium phosphate or complexes, domestic capacities may need support to reduce excessive dependence on imports. The center should see if the discontinued capabilities of DAP and NPK can be revived, as it did with urea. Subsidy rates for domestically produced phosphate should be higher than those for imports. In the long run, nutrient-based subsidies could level the playing field between urea, DAP and NPK. Allowing inflation-related price hikes to undisciplined fertilizer makers will increase Atmanirbharta.