The tech sector should weather the tough times 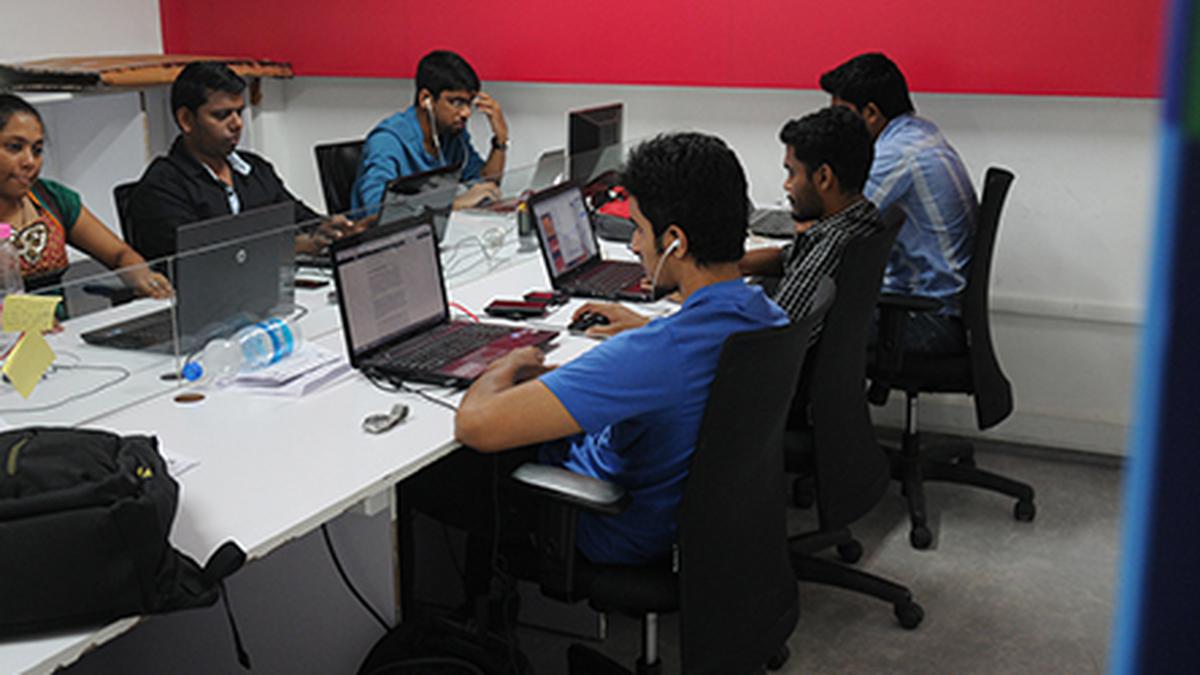 It’s been a roller-coaster ride in the tech industry. First, the boom years came as the pandemic closed down the world. Then, the brakes were slammed on as it began looking like a global recession was nearing. A slowdown is almost certainly on the way but the Indian software-services sector might come out of it better than expected.

The start-up sector, meanwhile, has already been feeling the pinch. Young, not-so-well-funded companies found easy-money flows suddenly drying up after governments worldwide began raising interest rates. It’s estimated in 2022, 18,000 employees were fired by 52 start-ups including big-name players like Cars24, Oyo and Ola. Worst-hit has been the booming edtech sector with well-known firms like Byju’s, Unacademy and Vedantu axing around 7,000 employees.

Lay-offs on the rise

And the blood-letting is not over. Lay-offs are estimated to have accelerated sharply in the first half of January with one website calculating some 91 companies having saacked 24,000 employees. If anyone thought there was safety in working at giant international corporations, they are also miscalculated. Amazon’s firing 18,000 employees globally, with 1,000 of these likely from India. Employees have been reporting distressing scenes as people get pink slips. The majority of the dismissals have been from the Amazon Stores and PXT (People, Experience, and Technology) divisions.

Similarly, Indian social-media start-up ShareChat, which has big-name backers like Google, Tiger Global and Temasek, is axing 400 people to ensure “financial health and longevity”. The company said it “overestimated the market growth in the highs of 2021.”

On a similar note, Salesforce’s global CEO Marc Benioff says contritely: “Our revenue accelerated through the pandemic, we hired too many people leading into this economic downturn we’re now facing, and I take responsibility for that.” It’s good of Benioff to “own” the mistake, but tough on the employees.

Says Pareekh Jain, CEO, Pareekh Consulting: “Everybody thought the boom had happened and it would continue. Generally, though, it was pent-up demand rather than a vertical structural change.” The Indian IT service providers are in a slightly different position. Both the heavyweight corporations abroad and smaller firms were expecting a giant boom in the digital space. They projected a rosy future with companies needing to introduce new technology at every layer, from production to interacting with customers.

Now, they’re discovering the digital benefits from sectors like the cloud may be slower in coming than expected. Cloud-sector giants like Amazon Web Services, Microsoft Azure and Google Cloud say their incremental revenue fell in the first six months of last year. Even the booming e-commerce sector, whose sales soared during the pandemic, will now likely see growth decelerating. Says Jain: “I think a larger story is that digital will be a bit moderated now.”

This will, of course, impact the Indian software service giants but possibly not as much as feared. They are very likely to find they’re landing big contracts in their more traditional lines or what’s called the “cost-takeout” sector. In other words, the bread-and-butter outsourcing, which reduces client costs. During hard times, there’s nothing more important than cost-cutting.

During recent years, most software service companies have been able to keep a tight rein on costs, especially entry-level salaries, enabling them to retain their competitive edge. These companies played it smart to restraint costs and began hiring from 2nd-tier and 3rd-tier educational institutions. To ensure they got the cream from these institutions, they devised their own tests or held hackathons.

But on the negative side, the lower salaries were possibly one of the reasons employees were tempted to jump ship and join smaller start-ups which were paying more and also offered share-option perks. Alternatively, many employees jumped to join multinational tech companies like Amazon.

The software-service companies also have whiplash experience some years. During Covid, growth zoomed and hiring accelerated dramatically. Then, last year, recession worries changed the mood. Now, though, the gloom is lifting as managers realize even bad times bring contracts to the Indian software-service sector. Says Jain: “There may be a bit of a silver lining for the sector because people need to source more. So, you have a degree of immunity because of that.” He stresses, however, “growth expectations are down.”

What’s tough, notes Jain, is planning ahead in such a rapidly evolving scenario. After all, who could have foreseen disasters like Covid-19 and manmade havoc like Russia’s Ukraine invasion? But India’s tech companies are more resilient than many other sectors and even if hiring slows, it should still be able to weather these troubled times reasonably well and possibly even emerge stronger than before.